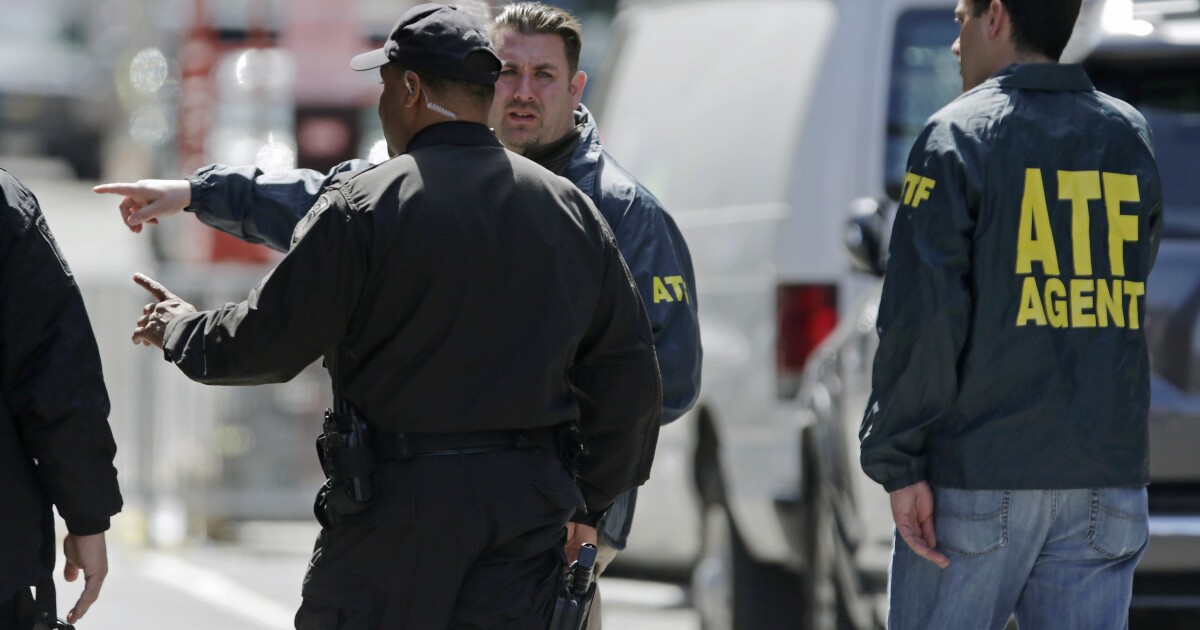 The National Rifle Association and multiple gun owners groups expressed outrage over the reversal of years of approval from the Bureau of Alcohol, Tobacco, Firearms, and Explosives over arm braces on AR-style pistols. The National Shooting Sports Foundation said it and others like it are reviewing the 300-page rule before announcing any legal action.

“Joe Biden is an enemy of our Second Amendment,” said the NRA.

The Biden Administration chose to shred the Constitution today. @ATFHQ submitted their pistol brace “final rule” to the Federal Register and demanded Americans either “register” or “surrender” their lawfully owned rifles.

Joe Biden is an enemy of our Second Amendment. pic.twitter.com/fY8SsqtqH2

The new rule, which goes into effect 120 days after it is published in the Federal Register, requires gun owners to register, alter, destroy or surrender their brace-configured pistols or face a potential 10-year jail sentence and $10,000 fine.

In essence, the ATF reversed years of policy and is now including the popular firearm in an Al Capone-era rule called the National Firearms Act that targeted gangland rifles with short, easier-to-hide barrels.

The rule is focused on the addition of arm “braces” on the pistols designed for disabled users. The ATF said that, instead, people use the braces as gun stocks, turning the firearms that typically use rifle instead of pistol ammunition into short-barreled rifles that are regulated under the NFA.

The Congressional Research Service estimates there are between 10-40 million pistol-brace-equipped firearms. The ATF’s new rule requires nearly all of them to be registered, turned in, or destroyed for owners to avoid felony charges. https://t.co/ULdkCNunGs

The rule was dropped as the annual NSSF “Shot Show” gets ready to begin in Las Vegas, making it a hot topic. Experts said that the industry is likely to challenge the new rule in court, bolstered by the recent court decision to strike down the Trump-era ban on “bump stocks.”

GET THE INSIDER SCOOP FIRST WITH WASHINGTON SECRETS

In an apparent bone to gun owners, the ATF will not require them to pay the $200 tax for an NFA approval.

On his website, The Reload, Stephen Gutowski noted the legal problems the new rule could encounter.

“The Biden Administration’s decision to move forward with the ban comes after hundreds of thousands of comments opposing the regulation were left during its public comment period. It also comes in the immediate aftermath of the Fifth Circuit ruling against the Trump-era bump stock ban. That policy was implemented through the same rulemaking process and after the ATF had also previously declared bump stocks to fall outside the NFA’s purview, which could foreshadow legal problems for the new pistol brace rule,” he wrote.