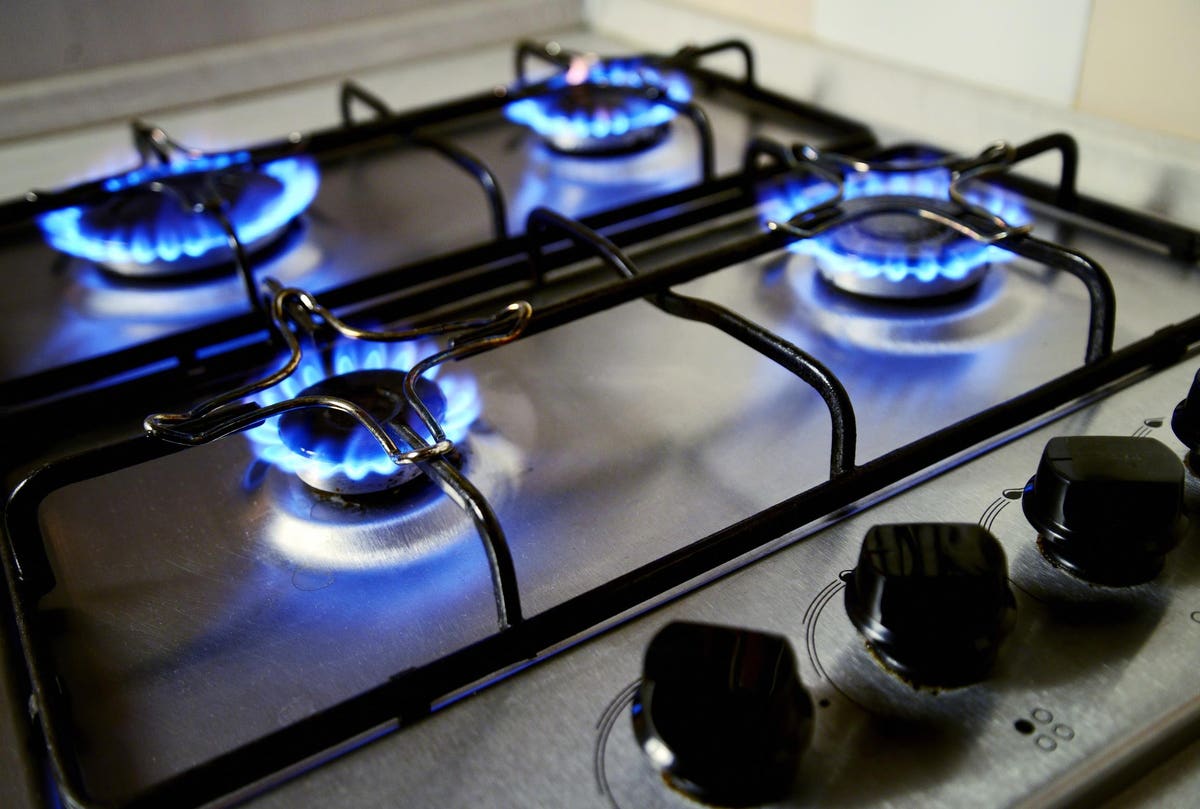 Well, that lit a fire rather quickly. A January 9 article by Ari Natter for Bloomberg quoted U.S. Consumer Product Safety Commission (CPSC) Commissioner Richard Trumka Jr., as describing indoor air pollutants from gas stoves as “a hidden hazard” and indicating that “any option is on the table. Products that can’t be made safe can be banned.” Note that Trumka, Jr., didn’t specifically say that all gas stoves will be banned or that the government is coming for your gas stoves. Yet, Twitter was soon all aflame with tweets like the following from Rep. Ronny Jackson (R- Texas):

Then Rep. Andy Biggs (R-Arizona) threw some gas on to the fire with the following “garbage” tweet:

Yes, Biggs claimed that “The Biden Administration is now weighing a nationwide ban on gas stoves,” which kind of takes Biggs liberty on what Trumka, Jr. had really said. This is despite the fact that the quote from Trumka, Jr., did not mention anything about a nationwide ban. Biggs also threw in the words “woke garbage,” which was an interesting use of such words when Dictionary.com defines “woke” as, “having or marked by an active awareness of systemic injustices and prejudices, especially those involving the treatment of ethnic, racial, or sexual minorities.” Since when did gas stoves become a racial issue? When checking what race or ethnicity you are in a form, how often do you see “gas stove” as an option?

Again, where exactly did Trumka, Jr., say that the federal government will tell people how to cook their dinner? Bloomberg did not quote Trumka, Jr., as saying that the CPSC will ban all gas stoves. Rather, the quote simply said, “Products that can’t be made safe can be banned.” That seemed reasonable unless you somehow think it is a good idea to not ban products that can’t be made safe.

Gaslighting is the “the act or practice of grossly misleading someone, especially for a personal advantage,” according to the Merriam Webster Dictionary. The various tweets from different political leaders, personalities, and, yes, burner accounts mixed up and flipped what the original message of what Trumka, Jr., had said like a political sausage-filled frittata.

This is very unfortunate because indoor air pollution is a real and growing problem. As Rep. Alexandria Ocasio-Cortez (D-New York) tweet-responded to Jackson, there are real health risks from the substances that gas stoves may emit such as particulate matter 2.5 (PM2.5), nitrogen oxide (NO), nitrogen dioxide (NO2), carbon monoxide (CO), and formaldehyde (CH2O or HCHO):

Such concerns about gas stoves causing indoor air pollution aren’t new. Back in 2020, the Rocky Mountain Institute, Mothers Out Front, Physicians for Social Responsibility, and the Sierra Club reviewed of the available scientific literature and issued a report summarizing their findings. Based on their review, they had concluded that “gas stoves may be exposing tens of millions of people to levels of air pollution in their homes that would be illegal outdoors under national air quality standards.”

And you may not even be able to notice this exposure. Natural gas is not like that other type of natural gas, namely farts. You can’t smell many of the things that burning natural gas may put out into the air. This makes it difficult for you to really gauge how much pollutants you are actually inhaling. In fact, even when the burners are not on, the stove could still be silently emitting these pollutants.

One such major pollutant is CO, an invisible and odorless gas. Higher levels of CO can result in headaches, dizziness, weakness, upset stomach, vomiting, chest pain, confusion, and other “flu-like” symptoms. It can even make you pass out or kill you, especially if you don’t notice the early warning symptoms because you happen to be asleep or drunk. Now, typically gas stoves will not produce such high levels of CO unless something is malfunctioning or you are in a very enclosed space. That’s yet another reason why it’s not good to cook on a gas stove in an outhouse while drunk.

Even if a gas stove doesn’t emit high levels of CO at a given time, low-level exposures over time can potentially cause problems as well. A 1999 BMJ article described how many of the resulting “flu-like” symptoms can go undiagnosed or mistaken for other issues. A 2009 case study published in the New England Journal of Medicine described a 39-year-old female executive who had experienced fatigue, headache, and memory lapse for several months before falling semi-comatose and being rushed to the emergency room.

And, no, it’s not good to inhale NO, NO2, or any of the other oxides of nitrogen that can come from gas stoves. A U.S. Environmental Protection Agency (EPA) report entitled Integrated Science Assessment (ISA) for Oxides of Nitrogen – Health Criteria and issued January 2016 indicated that short-term exposure to NO2 can cause respiratory issues, cardiovascular effects, and even earlier death whereas long-term exposure may be associated with cardiovascular effects, diabetes, poorer birth outcomes, premature mortality, and cancer.

Then there’s the tiny matter of particulate matters, specifically PM2.5. PM2.5 may sound like a radio station or a new Omicron subvariant but actually stands for very small particles that are no more than two and one half microns in width. Since they are so small, they can go deep into your respiratory tract all the way to your lungs. While they can irritate your eyes, nose, throat and lung, leading to coughing, sneezing, runny nose, and shortness of breath, the even bigger concern is how they may negatively affect your lung function, lead to lung cancer, and exacerbate asthma, heart disease, and other medical conditions.

All of these substances make indoor air pollution from gas stoves clearly a burning problem. It’s why Trumka Jr., called gas stoves “a hidden hazard,” essentially a threat to people’s health around the country. Yet, instead of supporting the need to tackle this hazard, various political leaders and personalities seemed to, surprise, surprise, twist what Trumka, Jr. had actually said.

The resulting firestorm prompted CPSC Chair Alexander Hoehn-Saric to issue a statement today that began with: “Over the past several days, there has been a lot of attention paid to gas stove emissions and to the Consumer Product Safety Commission. Research indicates that emissions from gas stoves can be hazardous, and the CPSC is looking for ways to reduce related indoor air quality hazards.” The statement went on to emphasize, “But to be clear, I am not looking to ban gas stoves and the CPSC has no proceeding to do so. CPSC is researching gas emissions in stoves and exploring new ways to address health risks. CPSC also is actively engaged in strengthening voluntary safety standards for gas stoves.” Hoehn-Saric added, “And later this spring, we will be asking the public to provide us with information about gas stove emissions and potential solutions for reducing any associated risks. This is part of our product safety mission – learning about hazards and working to make products safer.”

So, no the federal government is not coming for your gas stove any time soon. They aren’t trying to tell you how to cook. At the same time, do you really want to keep inhaling so many potentially toxic substances when there may be better alternatives? Why not seriously consider how stoves can be improved whether they are better gas stoves or some other type of stove like electric stoves. Trying desperately to hold on to old gas stoves could be like clinging on to rotary telephones, sundials, outhouses, or dot matrix printers. What would have happened if too many people had declared, “They can pry my dots from my cold dead hands,” or ““The federal government has no business connecting my dots,” back in the 1980’s and 1990’s? Why not let society progress and consider safer and better stoves? After all, indoor air pollution is a real health hazard.

Instead of rallying around the need to tackle this growing problem, though, various politicians and personalities seemed to offer a lot of gas-backwards responses. With all the politicization of science these days, when it comes to addressing many of the major public health problems in the U.S., our country isn’t exactly cooking with gas.