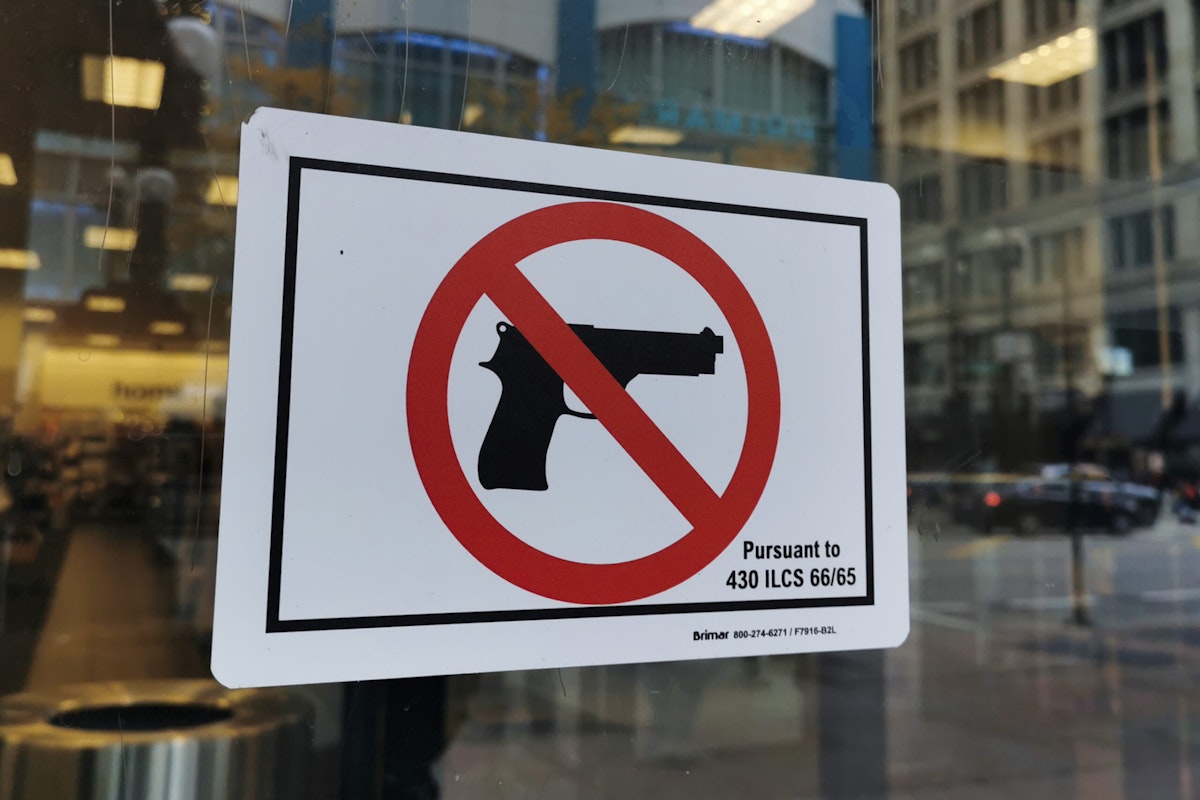 Illinois Democrat Governor J.B. Pritzker signed legislation Tuesday banning the manufacture or possession of dozens of rapid-fire rifles and pistols, .50-caliber guns, and some attachments, which went into effect immediately.

Pritzker signed the “Protect Illinois Communities Act” into law during a ceremony at the State Capitol in Springfield hours after House Democrats secured the final passage less than a day after Senate Democrats approved the measure.

“It’s been quite a past 24 hours,” Pritzker said, according to local media. “Yesterday, I began my second term as governor of the great state of Illinois, and today we made history, becoming the ninth state to institute an assault weapons ban and one of the strongest assault weapons bans in the nation.”

According to the bill, the law requires Illinoisans who already own such firearms to register them with the state.

Gun makers can only sell firearms to suppliers in other states, and owners of the newly-banned guns in the state can still keep the devices on their private properties.

Illinois residents possessing unregistered firearms listed in the new law could face a misdemeanor charge on the first offense and a felony charge for subsequent offenses.

The gunman purchased the firearm legally in 2020 despite the alleged killer’s documented history of threatening and suicidal actions, The Daily Wire previously reported.

Local media reported that the governor called the mass shooting a tragedy rooted in the fact that “our state and nation have been held hostage by the NRA and their allies time and time again.”

Illinois already had some of the strictest gun laws in the United States, and gun control groups consistently rank the state high on their lists for gun safety.

Many Republican lawmakers opposed the legislation, saying it would do nothing to prevent crime and counters rulings by the U.S. Supreme Court involving Second Amendment rights.

State Rep. Blaine Wilhour of Beecher City, a member of the Republican state House Freedom Caucus, slammed Pritzker and other Democrats for continuing to “allow our Constitution and our freedoms to be shredded.”

“A government unchecked, a government willing to defy our Constitution is a government that is completely out of control,” Wilhour said, according to The Chicago Tribune. “You can sit here and dictate whatever you want today. Maybe the political winds are in your favor here today. But I can tell you that we will not comply and you’re not going to do a darn thing about it because the law, the Constitution and the founding principles are on our side.”

Darren Bailey, an outgoing GOP state representative, said in a tweet, “I’ll die on my front porch before anyone takes my guns away.”

“My message to Springfield: If you want my guns, come get them,” Bailey said.

“You also must know that I and millions of other gun owners in this state will not comply,” he said, adding he would fight the measure “in court,” as it violates his Second Amendment rights.

I’ll die on my front porch before anyone takes my guns away. My message to Springfield: If you want my guns, come get them. #voidthefoid #secondamendment #twill https://t.co/ec2ng6AzPh pic.twitter.com/l4EihJtrfZ

The Tribune noted that two House Republicans sided with Democrats and voted in favor of the bill — outgoing House GOP Leader Jim Durkin of Western Springs and state Rep. Bradley Stephens of Rosemont.

However, three House Democrats voted against it, which included state Reps. Anthony DeLuca of Chicago Heights, Mitchael Halpin of Rock Island, and Lance Yednock of Ottawa.

Devore Law Office announced the firm has partnered with other legal professionals to take action against Governor Pritzker and the Illinois General Assembly for passing the new gun law.

Lawyers write that the new law would “severely restrict the constitutional rights of law-abiding citizens in Illinois.”

“We plan on bringing a lawsuit in the Illinois state court immediately,” the firm’s website reads. “The state court action will address the unlawful manner of which the general assembly continues to pass laws by playing with procedure. Turning an insurance law into a gun grab at the last second is unacceptable.”

Lawyers argue that the new law is likely to violate recent U.S. Supreme Court precedent concerning Second Amendment rights, adding that banning gun sales and transfers constitutes an overreach they hope the U.S. Supreme Court would not allow to stand.