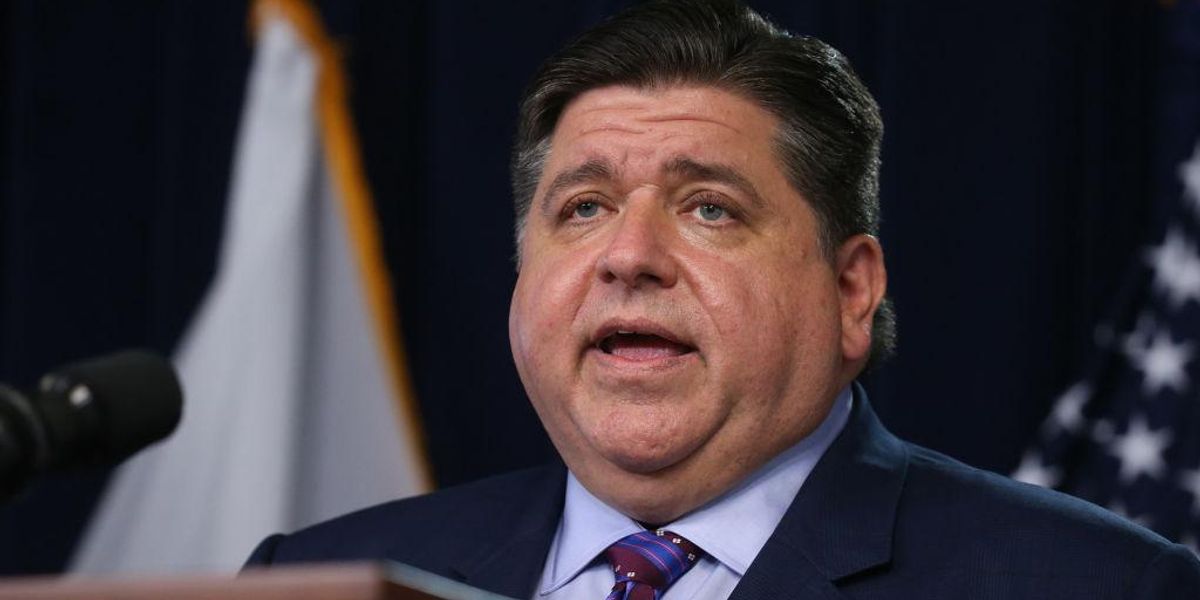 Democrats have imposed a ban on the sale, manufacture, and possession of semiautomatic weapons in Illinois. The state joins eight others plus the District of Columbia that similarly have infringed upon citizens’ ability to procure such weapons.

State Senate President Don Harmon and state House Speaker Emanuel Welch suggested in a joint statement with Gov. J.B. Pritzker (D) that the gun ban is one of the “strongest” in the country, “making Illinois’ gun laws a model for the nation.”

The state House voted for the gun ban along party lines 68-41, with the exception of outgoing Republican Minority Leader Rep. Jim Durkin, who voted in favor of the ban, intimating guns ought to have a “sporting use.”

In the Senate, all but four Democrats voted in favor of the ban, while Republicans were uniformly opposed.

Pritzker signed the legislation into law on Tuesday, banning long guns and handguns with carrying capacity of over 10 and 15 rounds respectively.

Rapid-fire devices sometimes called “switches” and .50 caliber cartridges are similarly verboten. The Los Angeles Times indicated that dozens of specific brands and types are similarly targeted by the ban.

Hours before signing the ban into law, Pritzker took the oath of office, in which he solemnly swore to “support the Constitution of the United States,” which in turn guarantees “the right of the people to keep and bear Arms.”

WLS-TV reported that law-abiding Americans presently in possession of the types of weapons now banned must report the models, calibers, and serial numbers to state police by Oct. 1.

Republicans and other constitutionalists denounced the move by the state’s Democrats to disarm law-abiding citizens, reported the Los Angeles Times.

Rep. Blaine Wilhour (Beecher City) suggested that the ban was evidence that Democrats “despise our Founders.”

“A government willing to defy our Constitution is a government that is completely out of control. So you can sit here and dictate whatever you want today,” said Wilhour. “But I can tell you that we will not comply, and you’re not going to do a darn thing about it because the law, the Constitution, and the founding principles are on our side.”

Outgoing state Sen. Darren Bailey tweeted, “I’ll die on my front porch before anyone takes my guns away. My message to Springfield: If you want my guns, come get them.”

Other Republicans appeared certain that the ban will be utterly ineffective at stopping criminals in the state.

Rep. Patrick Windhorst said on Tuesday, “People who break the law, people who commit violent crime are not going to register their firearms, are not going to turn in their magazines. This will not stop that crime. What will happen is law-abiding gun owners will be yet again impacted by laws in this General Assembly, yet again have their Second Amendment rights restrained.”

A 2019 Department of Justice report concluded that among state and federal prisoners “who possessed a gun during their offense, 90% did not obtain it from a retail source.”

43% obtained a firearm illegally off the street or from an underground market. 7% found it at the scene of the crime. 6% had stolen.

Gun Owners of America said in a statement, “These commonly owned semi-automatic firearms are used countless times every year to save lives and deter crime. Banning them will only prevent law-abiding citizens from purchasing the best firearm to defend themselves. Not to mention, the requirement to register currently owned firearms is vehemently unconstitutional.”

Democrats were jubilant over the ban, cheering as the governor signed the legislation into law.

Pritzker, who alleged Illinois had previously “been held hostage by the NRA and their allies time and time again,” claimed that the “law that is now in place will save lives, and it won’t just save one life. It will be hundreds or potentially thousands of lives.”