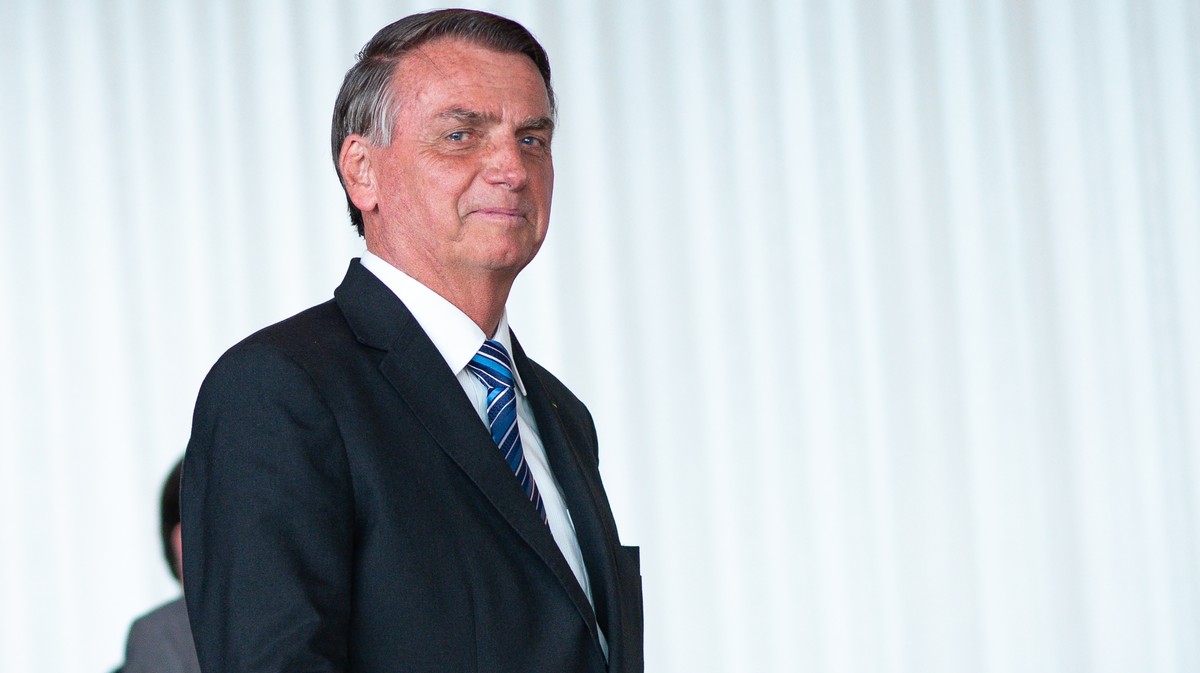 In the video, former Brazilian president Jair Bolsonaro looks like an average middle-aged man as he wanders a Publix supermarket in Orlando, Florida in black pants, glasses, and a blue polo shirt with his belly gently poking through. It was a humbling moment for the politician dubbed the “Trump of the tropics” thanks to his unabashedly pro-Trump style and pugnacious leadership.

He fled Brazil in the final days of his presidency, a move widely thought to be to escape prosecution after his political rival Luiz Inácio Lula da Silva, who’s known as Lula, took office.

But while Bolsonaro did the rounds in Orlando, the far-right movement he fomented and stoked for years was unleashed: Supporters stormed Brazil’s National Congress and Supreme Court. Video footage shows thousands of Bolsonaro supporters flooding the buildings holding Brazilian flags, beating a policeman riding a horse, using a ladder to break windows, and even defecating in an office.

In the U.S., QAnon supporters said they stood in solidarity with the Brazilian rioters although some claimed without evidence that it was the work of “antifa” and the left.

Authorities in the capital of Brasilia arrested at least 1,500 rioters after the breach. But President Lula accused police and intelligence officials of not doing enough to stop the insurrection, saying they had “neglected their duty” and suggesting some had been complicit.

Sunday’s invasion brought immediate comparisons to the Jan. 6 storming of the U.S. Capitol. For months in the lead-up to the election, Bolsonaro had fed fears that the election process was illegitimate. Following his razor-thin loss, Bolsonaro didn’t contest the results but also didn’t concede. He was a no-show at Lula’s inauguration, breaking a longstanding tradition that symbolizes the peaceful transfer of power between presidents.

In a tweet following Sunday’s violent chain of events, Bolsonaro said that peaceful demonstrations are part of democracy, but that “destruction and invasions of public buildings” are not.

Bolsonaro and his family, however, have spent months fueling the anger that led to Sunday’s violence. In June, Bolsonaro’s son Eduardo—who is also a congressman—told VICE World News there was no world in which his father would legitimately lose. “We are Democrats, we will accept all of the results. What we do not accept is fraud in the elections,” Eduardo said.

The coup attempt was far from spontaneous; hundreds of Bolsonaro supporters had set up camp outside the Congress in the month leading up to their invasion and had promised to stay put until they ousted Lula from power.

“I came here—I’m sorry I know it’s controversial—but to kill or die. I’d rather die than be deprived of my freedom,” Robergson Luiz de Rossi, a taxi driver and restaurant owner who was among those who invaded the capital, told VICE World News. “The people here are good people. They have family, children. They are true heroes who are here fighting for our freedom.”

Despite his diminished stature, Bolsonaro transformed the political landscape in Brazil and turned the far-right into a political juggernaut. Bolsonaro lost the presidential election by a far smaller margin than many experts and polls predicted, and his allies unexpectedly won control of Congress. Championed by Bolsonaro, Brazil’s pro-gun movement has also turned into a political force in its own right.

As the election neared, Bolsonaro supporters compared Lula to everyone from Hitler to former Venezuelan President Hugo Chávez. The idea that Lula might win seemed unfathomable.

“All opponents like me will be arrested or murdered, and we will live in a dictatorship,” Marcos Pollon, a federal delegate and founder of Pro-Armas, a pro-gun lobbyist group fashioned after the NRA, told VICE World News in June. “We will simply be murdered like flies just like in Nazi Germany.”

Shocking as Sunday’s invasion was, few can say that it was unexpected.

“We see a president who’s actively fanning the flames of his support base,” Robert Muggah, a security expert at the Igarapé Institute in Rio de Janeiro, a think tank focused on security and justice, said in August. “The risk in Brazil of violence occurring during and after the elections from an armed wing of Bolsonaro supporters is exceedingly serious.”

In December, police in Brazil arrested George Washington de Oliveira Sousa on terrorism charges and allegations that he attempted to plant a bomb at Lula’s inauguration. VICE World News interviewed Sousa four months earlier at the Shot Fair gun convention, one of the largest gun conventions in Latin America, where he told VICE that he’d purchased 26 guns just in the previous year.

“We have to re-elect [Bolsonaro],” Sousa said. “The country is better in everything.”

Bolsonaro could face a number of criminal charges in Brazil. Four criminal investigations are already in process, according to Reuters, including allegations that he spread electoral lies, hosted a troll farm within his presidential office that spread disinformation, and pressured the federal police into protecting his sons. The former president could also face charges of “crimes against humanity” for his handling of the COVID-19 pandemic. By fleeing to Florida, Bolsonaro is protected from immediate prosecution.

For now, Bolsonaro is living in Orlando in the house of a professional mixed-martial-arts fighter a few miles from Disney World, according to The New York Times. Photos posted on Twitter showed him posing for selfies with neighbors, eating fast food at Kentucky Fried Chicken, and wandering around Publix.

On Monday, a day after the coup attempt, Bolsonaro checked himself into a hospital in Orlando with abdominal pain, which he suffered since being stabbed in 2018 while running for president. The same day, Brazilian Federal Deputy Erika Hilton submitted a request to the Foreign Ministry to initiate Bolsonaro’s extradition from the U.S.