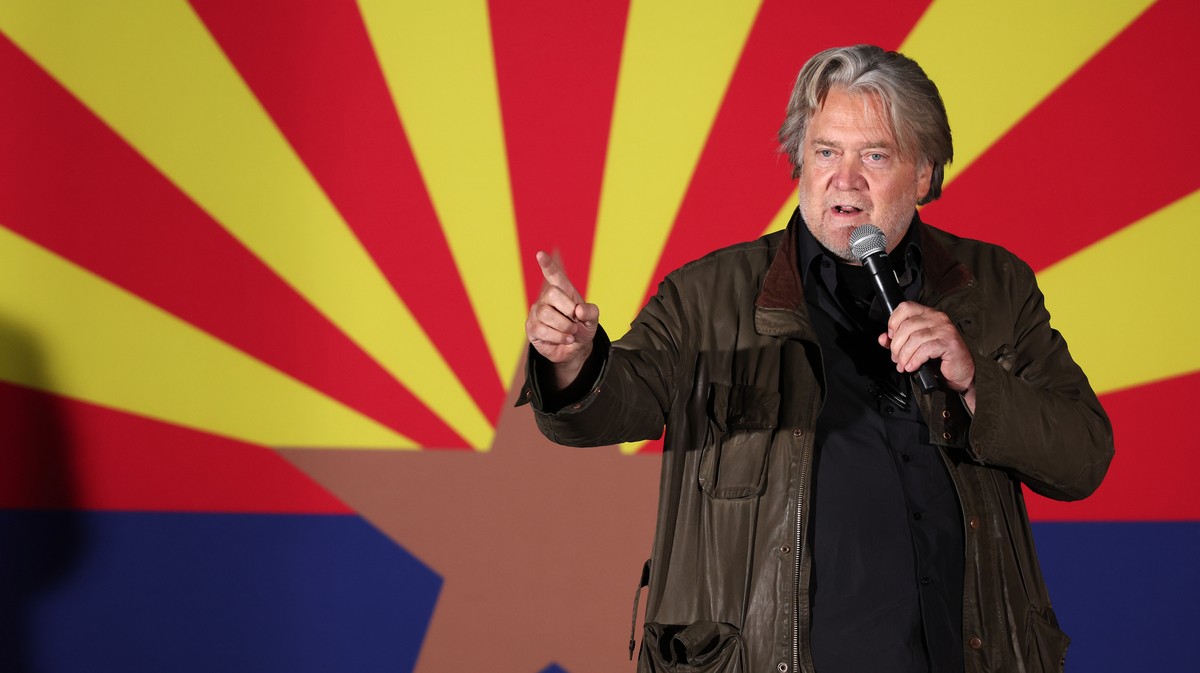 People who supported or helped organize the Jan. 6 attack on the U.S. Capitol are now voicing their approval of Sunday’s violent attack on Brazil’s Congress after they spent months boosting conspiracies about stolen elections in the South American country.

Former White house adviser Steve Bannon and Stop the Steal founder Ali Alexander were among the most prominent voices cheering on the thousands of people who attacked government buildings in Brazil, while QAnon supporters said they stood in solidarity with the Brazilian rioters while simultaneously spreading fresh conspiracies about who was behind the attack.

Even though former President Jair Bolsonaro has denounced the violence, and the attacks have led to mass arrests, Bannon posted multiple messages on the fringe, extremist platform Gettr to show his support for those involved.

On Monday morning, Bannon continued to boost baseless conspiracies about stolen elections in Brazil. “The Brazilian people have yet to receive even one answer on the never ending questions surrounding the election—an election that ended in razor thin margins in a runoff …Release the Machines,” he wrote on Gettr.

Bannon’s rhetoric is almost identical to the claims he and others made in the wake of former President Donald Trump’s election loss in 2020. Similar to then, Bolsonaro’s supporters in Brazil have boosted baseless allegations about voting irregularities in his runoff election loss to Luiz Inacio Lula da Silva, who was inaugurated as president on Jan. 1.

Those allegations became the basis for frivolous lawsuits being filed in Brazil, similar to the so-called Kraken lawsuits filed by Sidney Powell and others in the U.S. in the months after President Joe Biden’s victory.

Bannon, who says he is advising Brazilian congressman Eduardo Bolsonaro, the former president’s son, has spent the last few  months  calling on Bolsonaro’s supporters to not to accept the results of the election.

Similarly, Alexander claimed in an online stream in November that he was working with a “freedom cell” in Brazil, though he didn’t provide any evidence for this claim. Alexander also suggested that the Brazilian military should intervene in the election, something Trump discussed with disgraced former national security adviser Michael Flynn weeks before the Capitol insurrection. On Sunday, many of the protesters called for a military coup d’etat and the arrest and imprisonment of Lula.

The links between the U.S. right-wing and Bolsonaro’s Brazil extends beyond claims of election interference as well. Last year, the National Rifle Association pushed hard for changes in gun ownership laws in Brazil, while simultaneously promoting U.S.-manufactured guns to Bolsonaro’s supporters.

Alexander reacted to Sunday’s attack, writing on his Telegram channel: “Tomorrow will be bigger in Brazil. Activating all blessings and network.” He then said he was flying to Florida, where Bolsonaro is currently on holiday.

Some of the Capitol insurrectionists were also cheering on the protesters in Brazil, including Jenny Cudd, a 36-year-old florist from Texas who was sentenced to two months probation and a $5,000 fine for her part in the insurrection. “Protesting a stolen election. Go Patriots of Brazil,” she wrote on Twitter on Sunday.

On MAGA and QAnon channels on Telegram, users expressed widespread support for the attack, while others spread conspiracies. Some claimed that just like the Capitol attack, this was the work of “antifa” and the left, without providing any evidence to back up these claims.

“Here we go again, man explaining to the police officer that infiltrated ANTIFA were the ones breaking things …J6 deja vu,” one QAnon influencer account wrote in a post that has been viewed over 50,000 times.