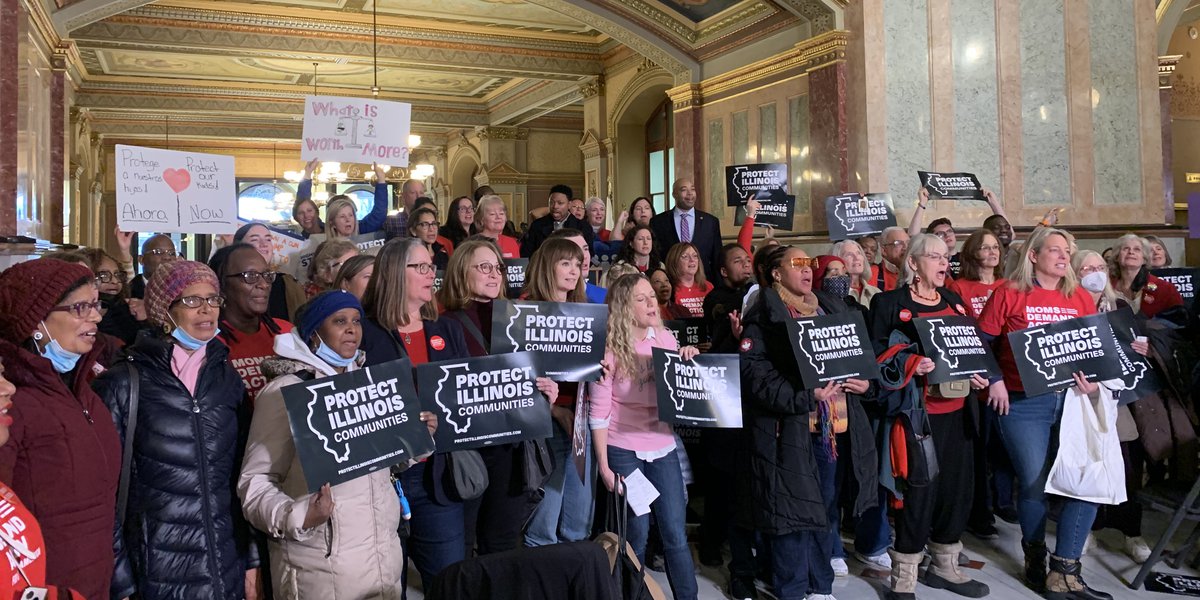 SPRINGFIELD (WGEM) – Illinois state lawmakers have introduced several plans to pass assault weapon bans in the past, but those proposals never gained traction. Democrats hope they now have the momentum to pass a ban six months after the Highland Park mass shooting that left seven dead and dozens more injured.

Roughly 100 people came to the Capitol Thursday calling on lawmakers to get assault-style weapons off the streets.

“No more silence. End gun violence,” the crowd shouted in the Capitol rotunda.

“I’m pleading with you. Save our children and our families, and all of our communities across Illinois,” said gun violence survivor Mary Dieudonne-Hill with the Everytown Survivor Network.

The Protect Illinois Communities Act could pass during the final days of the 102nd General Assembly. Advocates from Moms Demand Action, Everytown for Gun Safety, and BRAVE Youth Leaders want their lawmakers to put aside politics and do the right thing for public safety.

Liberal Democrats have strong support for the plan to ban assault-style weapons, but they may face trouble convincing their moderate colleagues in the Democratic caucus to back the proposal. Some moderates raised concerns over raising the age for FOID card applicants to 21 and defining high-capacity magazines as gun attachments with more than 10 rounds.

The new bill language removes the FOID age change and defines high-capacity magazines as attachments with more than 12 rounds of ammunition. Republicans and gun lobby groups said that is a step too far and could make many law-abiding gun owners criminals.

Democrats are determined to get the legislation across the finish line this week. Still, the Illinois State Rifle Association and National Rifle Association refused to negotiate with sponsors of the plan. The gun lobby groups plan to fight the proposal in court if the bill becomes law.

Recent polling from the Giffords organization show 63% of Illinoisans support banning assault weapons while 35% oppose the idea. Lead sponsor Bob Morgan (D-Deerfield) said no one should have to experience what he did in Highland Park on the Fourth of July.

“Now is the time and you can help us do it right now. We cannot wait. We can’t wait,” Morgan said. “Right now! So you’re here right now to help us get this done. And your movement, your moment, your heart is going to get it done.”

Advocates said they understand that people want their Second Amendment rights protected. However, they also argue that there is no need for people to have “weapons of war” for hunting or self-defense. Despite the inevitable legal battle, advocates said they won’t give up until a ban is in place.

Lawmakers expect to work late into the night, and we will provide full coverage of any votes on the legislation.

LWRC SIX8 – A5 Range 2
Editorial: Unchecked gun violence reveals who we are as a nation
If the CPSC Would Ban Gas Stoves, Imagine How it Would Treat Guns
Setpower’s Smallest Fridge/Freezer Car Living FC12
Wicked Tough Folding Hand Saw Review