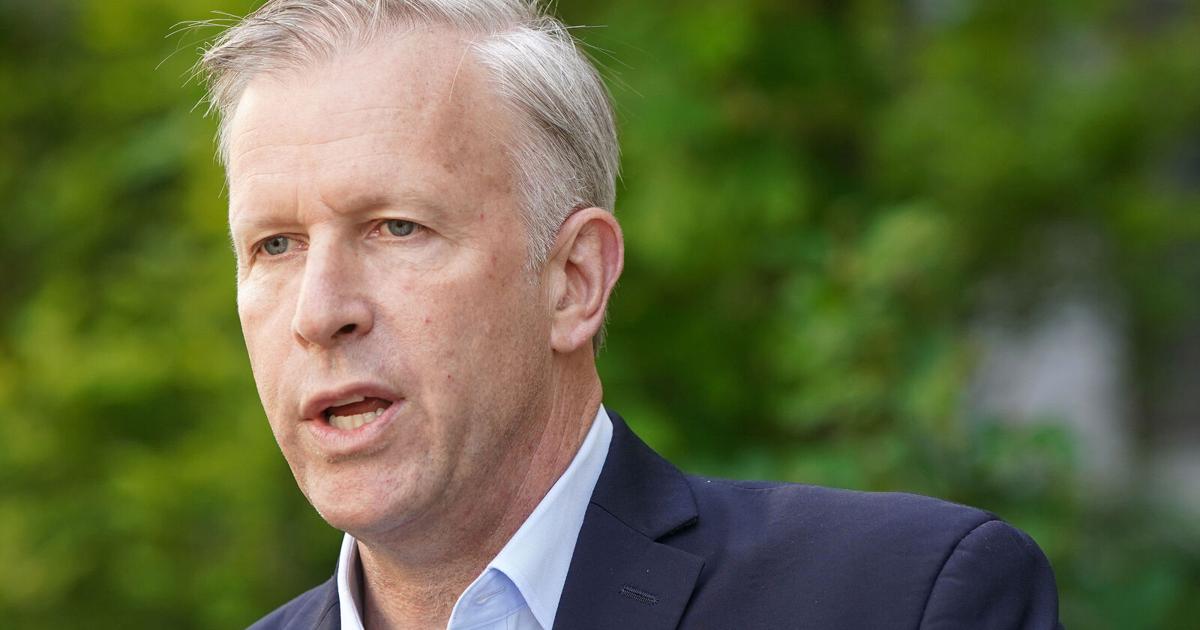 WASHINGTON – Rep. Chris Jacobs left Congress at the end of 2022, but we probably haven’t heard the last of him.

“It’s now about 18 years that I’ve continuously served in elected office, so I certainly have a passion for it, and a passion for Western New York,” Jacobs said in a wide-ranging interview days before his 2½ years in Congress were set to come to an end. “So I would always look for opportunities to serve in elected office, but there’s certainly a lot of ways to serve and I will be pursuing those right now: going back to my private business. So that’s my plan at this point in time and I’m excited about it and ready for a new chapter.”

Jacobs expressed no regrets in the interview, which came six months after he ended his bid for re-election amid a Republican backlash prompted by his sudden support for gun control measures. Instead, he kept open the door to returning to elected office, touted his accomplishments in Congress and once again lambasted the president who endorsed him in 2020 – Donald Trump – for inciting an insurrection after losing his re-election bid.

Perhaps most notably, Jacobs did not rule out a future bid for Erie County executive, an office that will be up for grabs again in November 2023.

Asked about possibly running for that office, Jacobs said: ”I’ll always look for an opportunity to serve in elected office. I think I can make a difference, in my opinion, in my community, so I’ll certainly look at all opportunities as they come. But right now I’m excited about getting back to being a private citizen” and serving the community through volunteer efforts.

For now, Jacobs will return to his real estate business, but any return to public life may well be complicated by his reaction to the Tops Market massacre in May. Endorsed by the National Rifle Association in 2020, Jacobs termed the mass shooting “a profoundly impactful event for me” while announcing his support for an assault weapons ban and other gun control measures.

Within a week, most Republican elected officials and party leaders in what was to be Jacobs’ newly redrawn district withdrew their endorsements, prompting him to end his re-election bid.

So if Jacobs were to run for another office, he’d have to contend with members of his own party disagreeing with him on gun control, given that he’s not budging from his newfound stance on the issue.

“It would be my hope that there would be more of a true conversation on gun violence,” Jacobs said. “We can talk about reasonable restrictions.”

Jacobs stressed, though, that while he disagrees with GOP dogma on the gun issue, he’s not leaving the party.

“I’m certainly still a Republican and I support many, many of the major issues that that we’re focused on,” he said. “I do think we still need some fiscal stability in terms of what we’re doing about our national debt, and in pursuing policies that are helping to bring manufacturing back to this area, helping the middle class.”

Before his about-face on the gun issue, Jacobs spent his first two years in Congress as a low-key, backbench workhorse, focusing largely on serving the needs of a largely rural district that went nine months without a congressman after the resignation of then-Rep. Chris Collins.

And Jacobs is proud of it. He entered office in July 2020 facing “a significant backlog” of casework: constituents missing Social Security checks, veterans fighting for the benefits they deserve and the like. What’s more, he entered office amid the first, worst months of the Covid-19 pandemic, meaning businesses were struggling to get support under the newly initiated Paycheck Protection Program.

“We’re really proud of what my staff, my caseworkers, have done,” he said. “I believe we saved a lot of businesses. We’ve secured over $12 million in funding to individuals and families and businesses over our time of advocacy, and certainly that’s been a good thing.”

Jacobs said his focus on constituent service was part of “really trying to advocate for what matters back home.” That same idea also prompted him to seek and win a seat on the House Agriculture Committee, where he won the praise of local farmers for setting up an agricultural advisory board and pushing their interests in Washington.

One thing Jacobs stopped doing while in Congress, though, was pushing the interests of Donald Trump.

Jacobs enthusiastically touted Trump’s endorsement when running in the June 2020 special election to replace Collins. And as Trump falsely claimed that the election was stolen – and only hours after a Trump-inspired mob overran the Capitol on Jan. 6, 2021 – Jacobs voted with 146 other Republicans against certifying the election of Joe Biden, the Democrat who defeated Trump.

Jacobs still stands by that decision, saying two key swing states that Biden won, Arizona and Pennsylvania, made unconstitutional changes to their election laws without approval from their state legislatures.

But he’s not standing by Trump. Jacobs said in July that he would not support Trump’s 2024 race for the White House, and in the recent interview, Jacobs said he wouldn’t back Trump even if he is the Republican nominee.

And while Jacobs voted not to impeach Trump after the Jan. 6 insurrection, saying the move was rushed, the former congressman now says that new evidence has changed his mind.

“If an Article of Impeachment were written right now and focused more on what was being done to Vice President Pence and the pressures exerted upon him (to unconstitutionally overturn the election), I think that I would have a very different approach on my vote on impeachment,” Jacobs said.

Jacobs said that change of heart came about as it became ever clearer that Trump “said things that were beyond the pale and put Vice President Pence and his family in harm’s way” on Jan. 6. The vice president’s role in certifying the election results is purely ministerial, Jacobs said, adding that he supports recently passed revisions to the federal Electoral Count Act to make it clearer that no vice president can overturn a presidential election.

Jan. 6 was just one of several tumultuous events that occurred during Jacob’s relatively brief tenure in Washington. But he said that amid the pandemic and the never-ending Trump controversies and in the wake of May’s tragedy in Buffalo, he’s always tried to do the same thing.

“I really, really tried to be a true representative of the district and the people that honored me with their votes to serve in the 27th District,” he said.