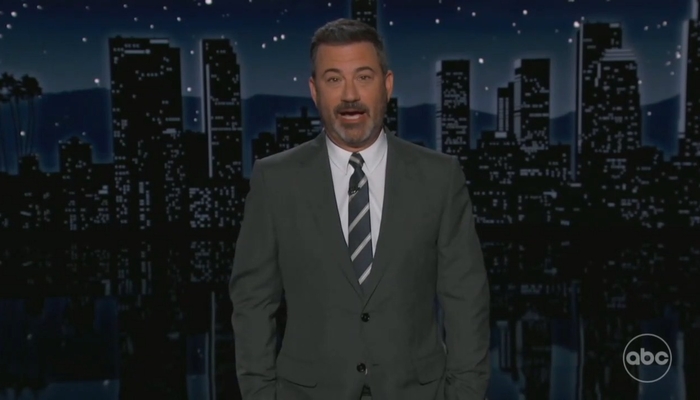 Between calls for gun control, the demise of Roe v. Wade, and the regular news cycle, it was a year where the hosts of late night traded in their jokes for liberal rants, lectures, and other wandering pontifications. So, without further ado, here are the top — or maybe bottom — 10 moments of late night 2022.

“I don’t know what has to happen to change things here. I am constantly shocked by the number of people who must think this is an okay byproduct– to never make meaningful changes to gun laws. It doesn’t make sense to me. It doesn’t reflect the country that I think America is. The America I’ve always admired; you have a problem, you solve it. You’re on the forefront of medicine, of technology, of innovation. When there’s a world war, you are the ones we turn to, yet on this issue, America is one of the most backward places in the world.”

“A woman’s right to choose what happens to her own body wiped out in a moment. In the land of the American dream, the land of the free, a country which prides itself on the protection of an individual’s liberties, we move instantly back to a dark age where a court has imposed the minority political view on a country for decades to come. With a decision that endangers millions upon millions of women and their families.”

“But the bill itself is ridiculous. It bans kindergarten through third grade educators from addressing topics of sexual orientation or gender identity that way they can focus on the important things like teaching the kids how to play the recorder. Under the new law, a teacher can’t explain to a second grader that their governor is a dickhead. That kind of language is not allowed anymore. It’s up to parents to explain that their governor is a dickhead.”

“I’m sorry you don’t want gun control, but you want door control? Are you — are you insane? Why not stop at one? Why not just outlaw doors altogether then no one would need keys. To get into your house, you just have to climb up to the roof and slide headfirst down the chimney. You really — you really think one door is a good idea? Then how about you try it first? One door for the Senate, and you can all line up to go in every day, which Ted Cruz might not think is bad but is a [bleep] nightmare for whoever has to stand next to Ted Cruz.”

“And speaking of demons Ted Cruz was on hand in Houston to spread his slime all over the NRA-holes… Spoken like a real knob! And by the way the school in Uvalde already had heavy-duty, locking doors. That’s how the killer kept the police out. The police had to get a janitor to give them their keys to unlock it. Any other bright ideas, dumbass?”

“Welcome to Jimmy Kimmel Live! everybody. I am your guest host, Chelsea Handler. I will be here all week long or at least until Republicans make it illegal for women to talk. Jimmy is off right now doing whatever the [bleep] He wants with his body. Remember like five days ago when Fox News told us the biggest threat facing America was drag queens? That was cute. At this point I probably have more rights if my vagina was an AR-15.”

“All those other assholes, think about, the first black woman since this country was founded gets confirmed to the Supreme Court and you can’t find it in you to stay and clap. Just clap. Even like a – yeah, I’m not saying you got to throw panties on the stage or anything, just show respect. Just—just—some respect. Those Republicans ran out of the room like someone was handing out free N-word passes in the lobby, ‘Oh boy, oh boy, I always wanted to say that word, oh boy, in public.’”

“I’m sure that for many, what happened in Colorado will be seen as the result of our nation’s obsession with guns, and that’s part of it, for sure. But it’s also the result of our culture’s deep-seated homophobia and transphobia, our unhealthy relationship with masculinity, and our nation’s tendency to allow religion to be used as a cover for prejudice.”

2. Trevor Noah, The Daily Show, Comedy Central, May 3 on the Leaked Dobbs Opinion

“If the court’s decision is released officially, abortion will be illegal in about half the states in America. Yeah. That means all across the country, women in places like South Dakota, or Missouri, or even Texas, will have the exact same abortion rights as women in Afghanistan under the Taliban.”

“But just like women’s rights, all good things must come to an end. And if nothing else, at least I got one viewer to change his stance on abortion after watching my monologues this week. This is from Kenneth, ‘Knowing that she isn’t raising kids is almost justification for abortion. She is probably one of the [worst] most horrible people on Earth. A close third after Jimmy Kimmel and Stephen Colbert. I thought comedians were supposed to be funny?’ I am funny, [bleep]. That’s why I’m here telling jokes about one of the darkest days in human history, while you’re masturbating into your pillow.”