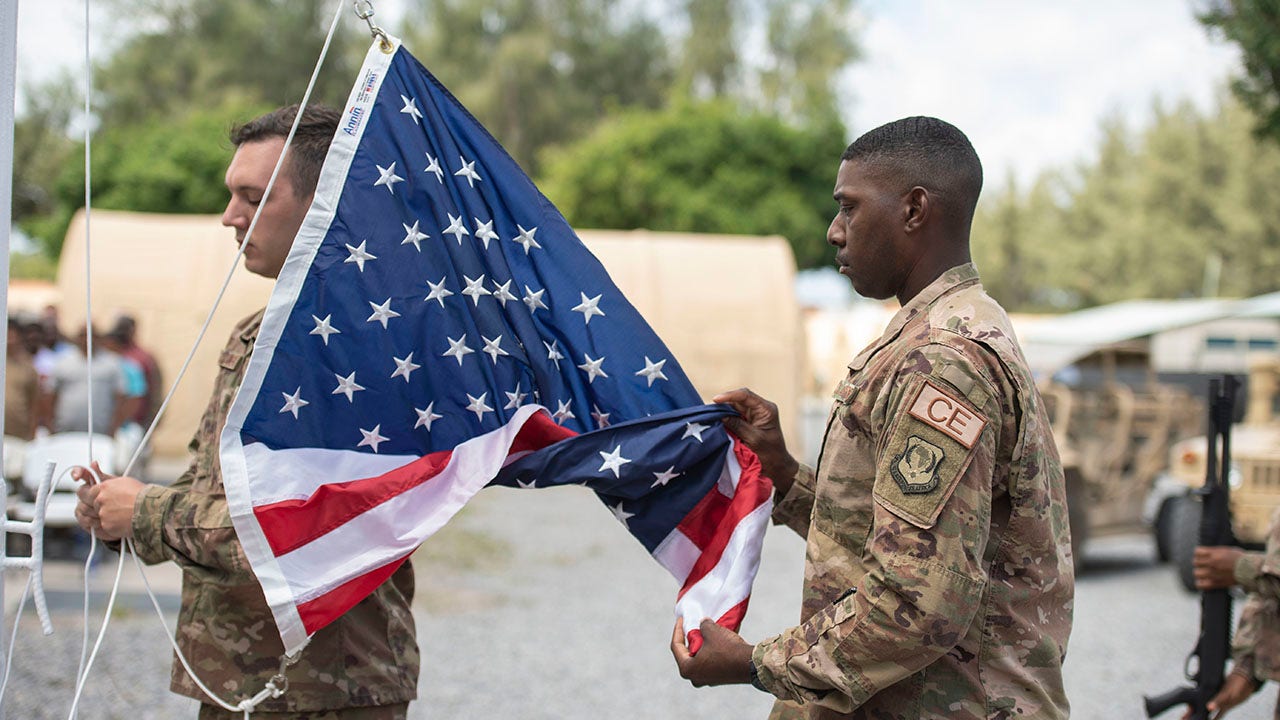 The Junior Reserve Officers’ Training Corps (JROTC), with funding from the National Rifle Association, is providing high school students with marksmanship and gun safety training, according to a recent New York Times article.

The report prompted debate online whether students should be exposed to weapons training in the first place.

JROTC students train with “air rifles,” according to The New York Times.

The outlet drew a link between the JROTC and the mass shooting in Parkland, Florida, because Nikolas Cruz was wearing the “program’s shirt.”

GOHMERT: WITHOUT A CHANGE TO HOW CHILDREN ARE TAUGHT, ‘WE’RE GOING TO HAVE TO GET RID OF THE SECOND AMENDMENT’

That was enough of a connection to spark a controversy in Nashua, New Hampshire, where some students “argued that the school was supposed to be a gun-free zone and that the air rifles used by the J.R.O.T.C. program looked genuine.”

The article from The New York Times, published Tuesday, was one of several critical pieces the outlet has published on the JROTC program.

One headline from Dec. 11 portrayed the JROTC as ensnaring teenagers, “Thousands of Teens Are Being Pushed Into Military’s Junior R.O.T.C.” Another headline from the same day blasted JROTC textbooks for teaching “outdated gender messages” with “conservative shading” of political issues: “J.R.O.T.C. Textbooks Offer an Alternative View of the World.”

The JROTC program has been criticized for promoting “military groomers” on Twitter.
(Derek Shook for Fox News Digital)

“At a time when many districts are going to great lengths to keep guns out of schools, J.R.O.T.C. has become one of the few programs on campuses that promote weapons training,” the Times wrote.

Anti-JROTC rhetoric was apparent on Twitter, with Substack writer Caitlin Johnstone labeling the JROTC as “military groomers.” Another Twitter user responded to the post, agreeing that “[g]roomers is the right word” to describe the JROTC program.

The JROTC program is receiving criticism online for training students on marksmanship.
(iStock)

The New York Times quoted a longtime teacher who cast the JROTC as an overly militant organization.

“The militarization of the kids, especially vulnerable kids, is what bothered me,” the teacher said.

JROTC instructors, on the other hand, told The New York Times that the marksmanship program helps protect students from accidents, making “weapons training available to disadvantaged students who might otherwise have had no one to show them how to handle weapons safely.”

Another JROTC instructor said that the program’s lessons are more than just practical skills.

“Focus, concentration, self-discipline and self-control,” the instructor said. “That’s what a shooter takes away from marksmanship.”

Jeffrey Clark is an associate editor for Fox News Digital. He has previously served as a speechwriter for a cabinet secretary and a Fulbright teacher in South Korea. Jeffrey graduated from the University of Iowa in 2019 with a degree in English and History.

Story tips can be sent to jeffrey.clark@fox.com.