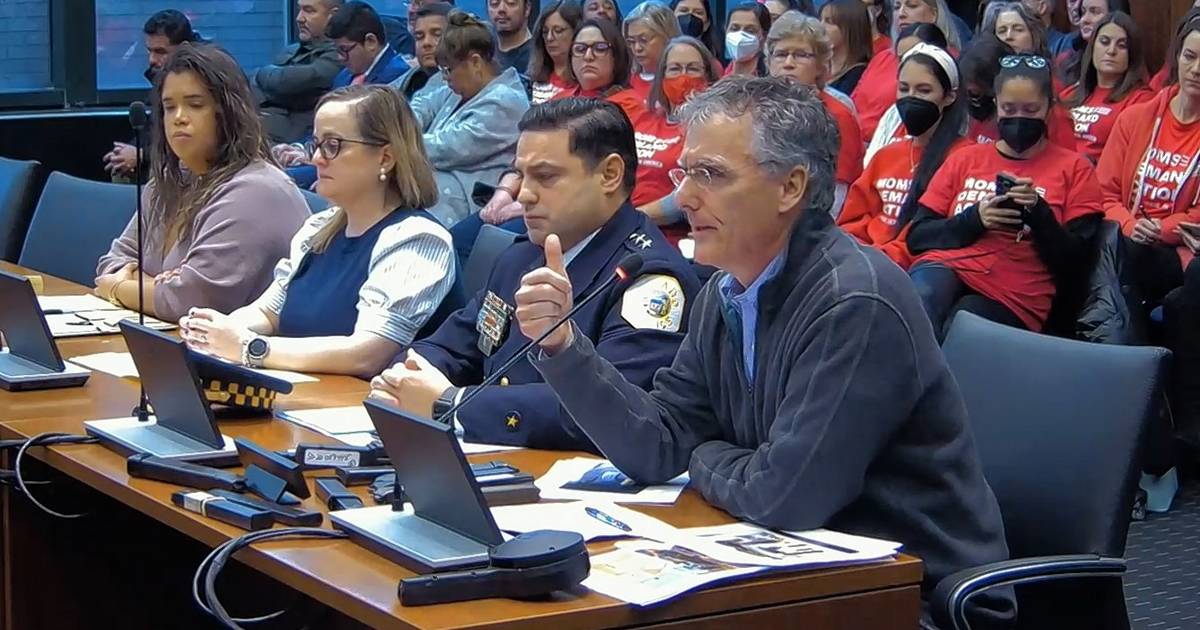 SPRINGFIELD — Some of the state’s leading law enforcement officials on Tuesday urged lawmakers to pass a statewide ban on high-power, high-capacity weapons, which they say are growing in prevalence in Illinois.

“What the public asks members of the law enforcement community to do each and every day is stunning, knowing full well that the cars we’re approaching, the houses we’re entering, have some of the most lethal weapons you’ve ever seen, ever. And they keep getting worse,” Cook County Sheriff Tom Dart told the House Judiciary-Criminal Committee during a third hearing on proposed legislation.

The committee is considering House Bill 5855, a proposal by Rep. Bob Morgan, a Deerfield Democrat. It would ban the possession and sale of a long list of firearms that would be defined as “assault weapons” as well as high-capacity magazines and devices that make a semi-automatic gun fire like a fully automatic weapon.

It would also delete a provision in current law that allows people ages 18 to 20 to obtain a Firearm Owner’s Identification with the consent of a parent or guardian, effectively establishing a firm minimum age of 21. It would also require hunters younger than 21 to be under the supervision of an adult with a valid FOID card.

The bill was prompted in large part by a mass shooting at a Fourth of July parade in Highland Park that left seven people dead and dozens more injured. Police say the gunma used a Smith & Wesson M&P 15 semi-automatic rifle and three magazines containing 30 rounds of ammunition each.

“These weapons have entered our schools, our places of worship, our theaters, our parades and our peaceful community spaces with one objective — to create mass carnage,” said Elena Gottreich, Chicago’s deputy mayor for public safety. “Assault weapons are designed to inflict maximum tissue damage in the shortest amount of time.”


Angel Novalez, chief of constitutional policing and reform for the Chicago Police Department, said that so far this year, his department has taken 1,156 assault-style weapons off the street, nearly a 13% increase over 2021. Since 2004, he said, the department has recovered more than 18,000 such weapons.

“We are up against an ever-growing threat and it’s making protecting our neighborhoods more difficult and dangerous for all our police officers,” he said. “It’s making residents feel more unsafe. They’re living in the crosshairs of needless violence every day.”

So far, the proposed legislation has received broad support from gun safety advocacy organizations as well as elected public officials, including outgoing Secretary of State Jesse White. But it faces strong opposition from gun rights organizations, including the National Rifle Association and the Illinois State Rifle Association, which argued the bill would likely be ruled unconstitutional.

Valinda Rowe, a spokeswoman for the gun rights advocacy group Illinois Carry, also said the measure would be challenged in court and likely overturned, and she urged lawmakers to focus on the root causes of violent crime.

“The focus to address the problems that have been brought up today — and they are horrendous problems, there’s no doubt — but the focus going forward … must be on the violent criminals and on the mentally ill who pose a danger to themselves and others, not on law abiding citizens and lawfully owned and possessed purchased firearms,” she said.

But the committee also heard from survivors and witnesses of other mass shootings.

Po Murray, president of the Newtown Action Alliance, said her children were attending Sandy Hook Elementary School in Connecticut in 2012 when a gunman armed with an AR-15-style rifle and high-capacity magazines killed 20 children and six educators.

“Our town became unrecognizable,” she said. “We were shocked by what happened in our community. But instantly we knew that if our town could turn into a war zone due to an AR-15 that it could happen anywhere. Therefore, we sprung into action to send a strong message to all Americans that no one is safe as long as Americans can legally obtain assault weapons and high-capacity magazines.”

Aalayah Eastmond said she was a student at Marjory Stoneman Douglas High School in Parkland, Florida, when a gunman there opened fire and killed 17 people.

“Illinois has led the country in enacting some of the strongest policy solutions to prevent gun violence,” she said. “However, in the wake of the Highland Park shooting where a perpetrator armed with an AR-15-style weapon and high-capacity magazines was able to murder seven people and injure 48 more, I along with several others here today are urging this body to yet again prioritize public health and safety by passing House Bill 5855.”

Tuesday’s hearing was the third the committee has held since the bill was introduced Dec. 1, and committee Chairman Justin Slaughter, a Chicago Democrat, said there will be further hearings when lawmakers return to Springfield in January. The committee could take action on the bill during an upcoming session scheduled to begin Jan. 4, a week before new legislators are sworn in.