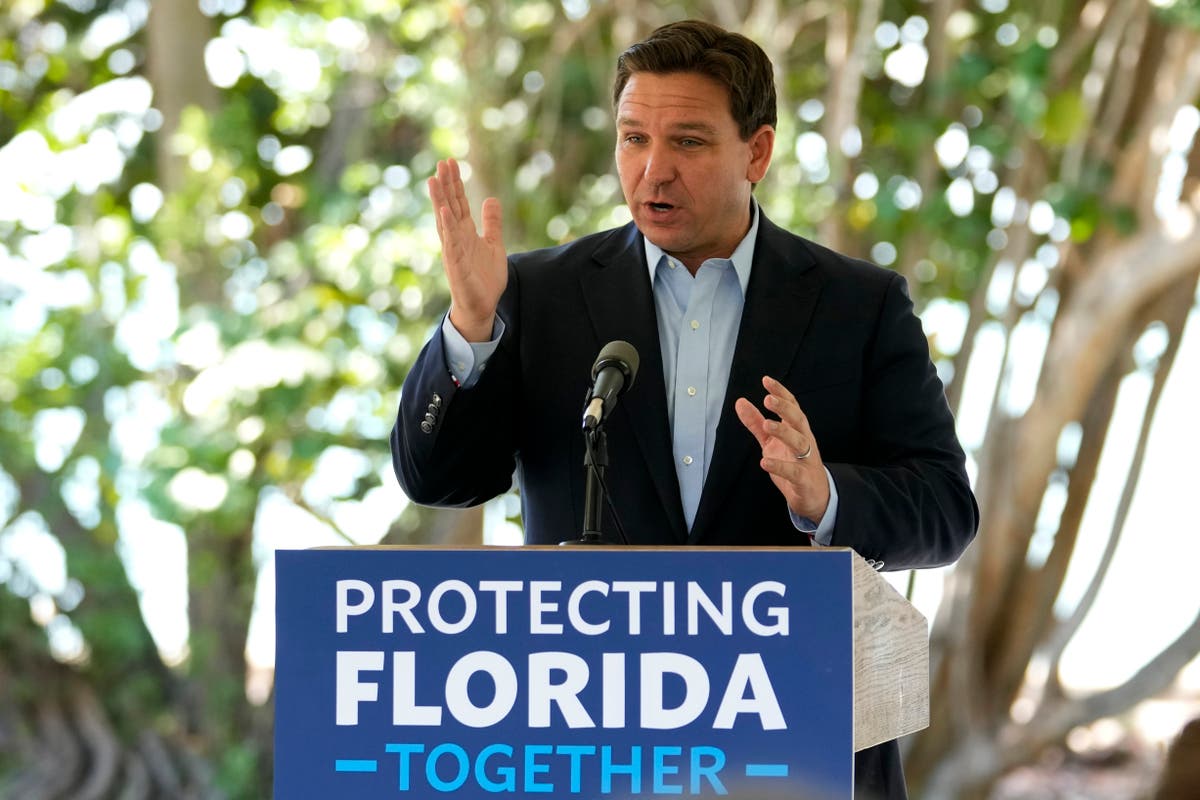 Ron DeSantis is pushing Florida lawmakers to change the legislation in the state to allow gun owners to carry firearms in public spaces without needing a permit.

A massive change to the state’s gun laws looks almost certain to take place in the next legislative session because high-ranking legislators have publically supported the governor’s push for looser gun laws, WFLA reported.

The push comes less than five years after the Parkland school shooting, which took place in the state in February 2018, when 17 people were killed.

At this time, it’s prohibited by Florida law for a gun owner to carry a firearm in public without a concealed weapons permit. You don’t need a permit to buy or own a gun.

Fentrice Driskell, the Democratic statehouse minority leader, told WFLA that she thinks the change could be put in place before the regular legislative session in March.

“I’m very concerned about this potential legislation because I do think it would make our communities less safe,” she said. “It wouldn’t surprise me if we saw a special session on this, prior to the regular session.”

Republicans have a supermajority with the ability to push through the change.

WFLA noted that Mr DeSantis is expected to run for president in 2024, meaning that this may push him to attempt to get this done as soon as possible.

A 2024 campaign would require the governor to resign under current law, but Florida lawmakers have said they’re open to changing that legislation as well.

“Basically, this was something that I’ve always supported,” Mr DeSantis said on Friday about the proposed gun legislation change, according to News Service of Florida. “The last two years, it was not necessarily a priority for the legislative leadership. But we’ve been talking about it, and [statehouse Speaker Paul Renner has] pledged publicly that’s moving forward, and it’ll be something that will be done in the regular session.”

The regular session begins on 7 March.

Democratic National Committee member Thomas Kennedy tweeted: “Ron DeSantis has promised to pass open carry gun laws in Florida AND to enact further abortion restrictions in the state. DeSantis is an extremist and needs to be voted out of office.”

According to the liberal Center for American Progress Action Fund (CAP Action), “the number of violent crime incidents involving a firearm rose 20 per cent from 2019 to 2020 — the first year of Gov DeSantis’ term”.

The gun control advocacy group created by former Arizona Democratic Member of Congress Gabrielle Giffords tweeted: “It’s no surprise that letting people carry guns in public with no background check or training is unpopular. Yet Gov. DeSantis and the NRA keep pushing for this dangerous policy. Our polling found 68% of Miami-Dade voters oppose permitless carry.”

The Brady political action committee added that “Ron DeSantis is yet again more concerned about his presidential aspirations and dangerous NRA stunts than he is about the safety of the constituents he represents”.

The former Chairman and CEO of UBS Americas, Robert Wolf, tweeted that it was “Insane! How does this have any logic to it and around the 5th Remembrance of #Parkland”.