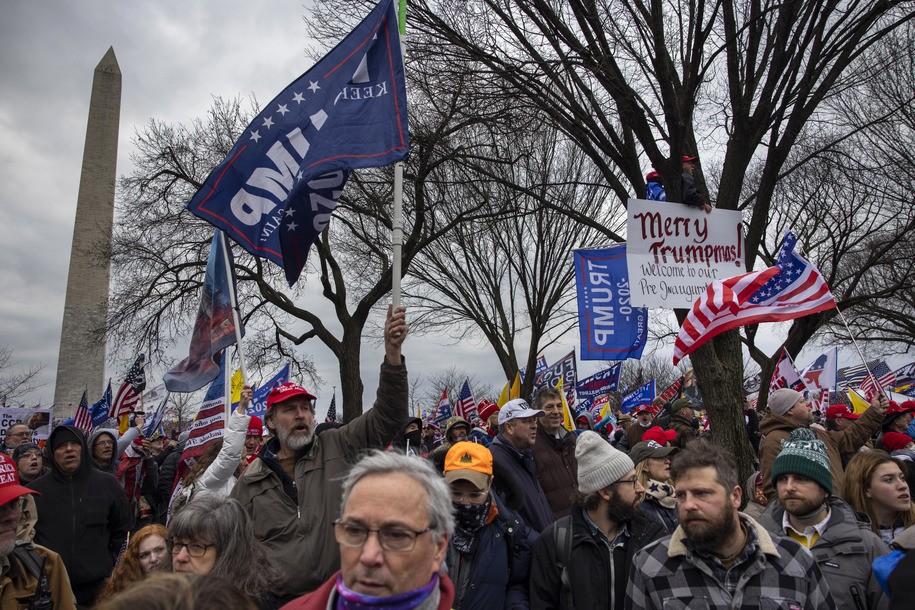 The below tweets are in the midst of good news for Dark Brandon, including inflation numbers, gas prices, a report on fusion breakthrough, and more:

The Jan 6 Committee has a lot to do with those numbers, as does Trump’s legal problems. The difference now vs 2016-20? Trump lost. The radical GOP loathes people who lose elections, even more than Trump loathes military people who get captured (ask John McCain’s family what that reference means).

A Plot To Overturn An American Election

The vast majority of Meadows’ texts described in this series are being made public for the very first time. They show the senior-most official in the Trump White House communicating with members of Congress, state-level politicians, and far-right activists as they work feverishly to overturn Trump’s loss in the 2020 election. The Meadows texts illustrate in moment-to-moment detail an authoritarian effort to undermine the will of the people and upend the American democratic system as we know it.

The text messages, obtained from multiple sources, offer new insights into how the assault on the election was rooted in deranged internet paranoia and undemocratic ideology. They show Meadows and other high-level Trump allies reveling in wild conspiracy theories, violent rhetoric, and crackpot legal strategies for refusing to certify Joe Biden’s victory. They expose the previously unknown roles of some members of Congress, local politicians, activists and others in the plot to overturn the election. Now, for the first time, many of those figures will be named and their roles will be described — in their own words.

So this week we’ve learned (1) Rep. Gosar backs Trump’s call to “terminate” the Constitution to keep him in office, (2) Rep. Greene said if she’d led the 1/6 coup they “would’ve been armed” & won, and (3) Rep. Norman urged Trump to declare martial law to do so after 1/6 failed. https://t.co/3JMY85fyYa

Kari Lake was unflinchingly loyal to Trump. Then her campaign unraveled.

Interviews, internal documents and audio show how the former TV news anchor squandered a chance to become Arizona’s governor — a defeat that carries warnings for the GOP in 2024

In an August meeting at the state party’s headquarters, GOP operatives delivered a warning, which was recalled by two attendees: Campaigns that failed to mobilize supporters to vote early would be at a disadvantage. After pushback from some members of Lake’s team, the candidate herself spoke up. She said that True The Vote, the Texas-based group pushing unfounded claims of voter fraud, had told her to instruct supporters to mail in their ballots — not put them in drop boxes — as a way to “confuse the Democrats.”

The eyebrow-raising comment made clear to those present that Lake, 53, was a true believer, cocooned in a pro-Trump echo chamber.

“She would never break frame,” said a fellow Republican who spoke with Lake about her refusal to acknowledge Trump’s defeat. “She’d sort of look at you with a puzzled face and be like, ‘But the election was stolen in 2020.’”

Gun Violence Is Falling In 2022

Murder and gun violence rose at an unprecedented rate in 2020, but it may be starting to recede.

Year-to-date data can be useful for building a baseline understanding of larger trends, but it paints an incomplete picture. A better way to analyze crime data is to evaluate trends on a 12-month rolling count which accounts for weather patterns and lessens the impact of one-time events3 on the overall trend. The 12-month rolling count will accentuate long term trends in a way that YTD data does not.

Republicans Are Breaking With the N.R.A., and It’s Because of Us

You were right to feel hopeless. Gun safety was a lost cause. The National Rifle Association was invincible, and the Republican Party was never going to defy it. The failure to alter that reality after the shooting at Sandy Hook Elementary School — 10 years ago on Wednesday — choked off our last faint wisp of hope.

If losing those 6- and 7-year-olds couldn’t drive that change, nothing would.

But we had it wrong. Gun safety wasn’t buried in Newtown, Conn. The modern safety movement was born that day.

Sandy Hook unleashed a slow-motion tsunami of determination that culminated this June in the first significant act of Congress on gun safety in nearly three decades. Fifteen Republican senators broke with the N.R.A. — unthinkable in the old political landscape.

A chronology of the Mar-a-Lago documents scandal.

The long saga of the government’s nearly two-year effort to identify and retrieve classified documents (among other government property) stolen by ex-president Donald Trump on his way out of the White House has become a farce.

The slow drip of information about Trump’s mishandling of those documents, which has lately become a gusher, seems to have had a hypnotic effect on the public. Each new piece of information is duly reported, but quickly cedes its place in the news cycle to the next one. The collective public reaction has become more “That’s Trump for ya!” than “Why isn’t this man in jail?”

Take a step back. Get away from the drips and look at the complete picture revealed by a timeline of the saga of the stolen documents. Ask yourself, “What would the government have done to me if I had done this?”

When It Happens In Your Neighborhood

Words like “execution” and “murder” are preceded by “allegedly” in journalistic practice up until there has been a conviction, so I should clarify that I’m not really concerned with this incident as a legal matter. Rather, as a moral matter, I won’t equivocate. Patrick Lyoya was murdered. By a policeman as part of his job. We don’t need to see Lyoya as a saint, or condone his foolish behavior, or believe that the officer was not correct in trying to arrest him, or second-guess their chase and scuffle. The officer had no reason to fear for his life and there was no imminent threat to public safety. Lyoya was simply not complying, and when Officer Schurr fired a bullet at point-blank range in the back of the man’s head, his intent could only have been to kill.