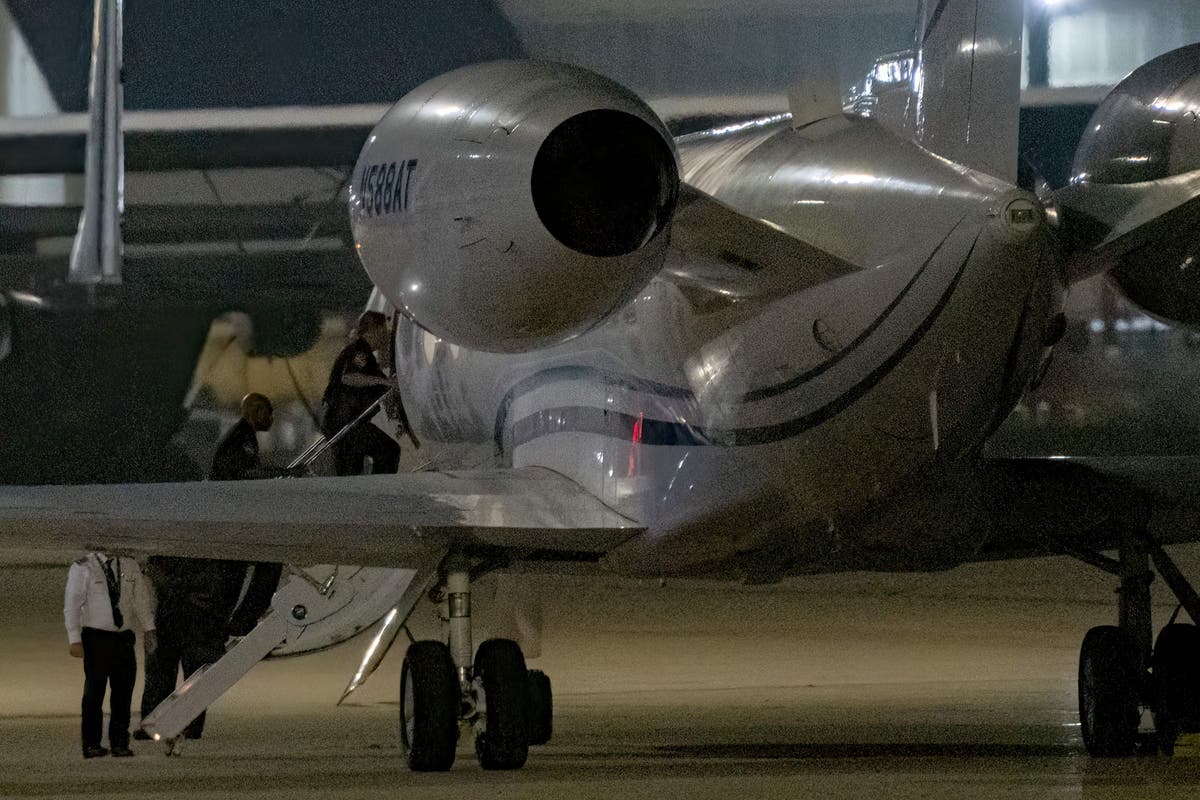 Sign up to our free US Evening Headlines email

Brittney Griner has returned to US soil for the first time in 10 months after she was released from Russian custody in a prisoner swap with “Merchant of Death” Viktor Bout.

The WNBA star arrived at the Brooke Army Medical Center in San Antonio early on 9 December for examination and any additional medical treatment.

Footage showed Ms Griner and Bout being exchanged on the tarmac of a runway in the United Arab Emirates on 8 December following weeks of negotiations between Washington DC and Moscow.

The deal failed to include US Marine Paul Whelan, who has been detained in Russia for the last four years. Mr Whelan told CNN he was “greatly disappointed” to learn he was not part of the prisoner swap, saying: “I don’t understand why I’m still sitting here.”

President Joe Biden insisted that “we’ve not forgotten about Paul Whelan” and vowed to “never give up” securing his release, as the swap divided opinion across the country. The White House was also forced to deny claims made by Saudi Arabia and the UAE that Mohammed bin Salman negotiated the deal.