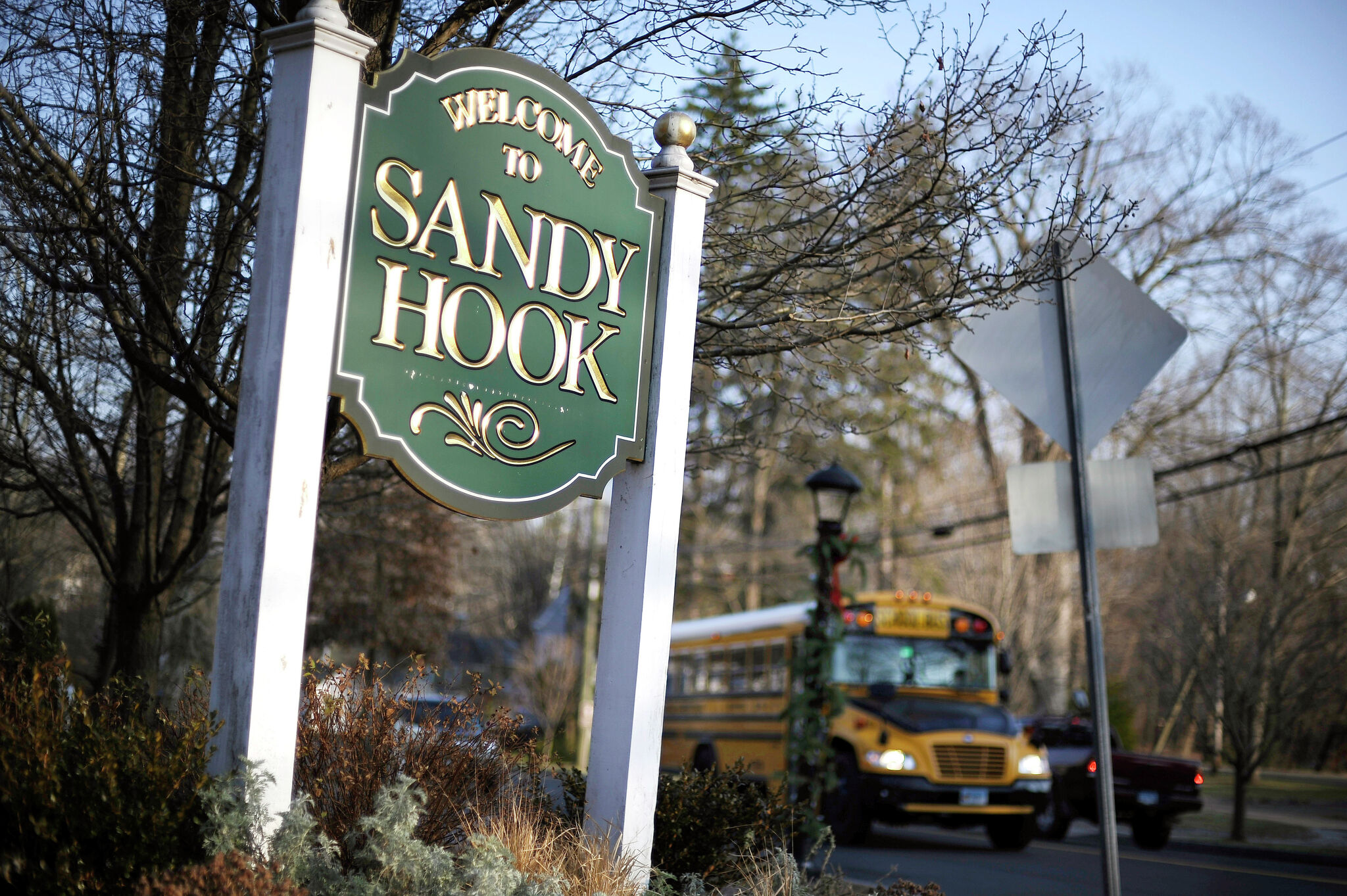 The December 2012 shooting at Newtown’s Sandy Hook Elementary was supposed to be a turning point.

Lawmakers promised major gun reforms. Commentators focused on gun violence in a way they hadn’t before. Regular people, including parents newly afraid to send their kids to school, began to organize.

“I know this is not the first time this country has debated how to reduce gun violence,” President Barack Obama told the nation two months later. “But this time is different.”

In some senses, those words proved true. Those in the anti-gun violence movement point to Sandy Hook as a crossroads, an event that reshaped how Americans view the issue and created a public appetite for action. According to Gallup polling, the share of Americans who favor stricter gun laws spiked after Newtown and currently stands nearly as high as it has in 30 years.

This is a carousel. Use Next and Previous buttons to navigate

“I think everything has changed since Sandy Hook,” said Jeremy Stein, executive director of CT Against Gun Violence. “Sandy Hook was one of those watershed moments that taught us that gun violence can happen anywhere, that it doesn’t just happen in cities, that you can’t escape it just by buying your way into a good neighborhood, that this is a pervasive public health crisis that can happen anywhere.”

In other ways, though, the trauma of Sandy Hook failed to yield the type of sweeping change some had hoped for and predicted. While Connecticut and other blue states have tightened their gun laws in the 10 years since, change at the federal level has come slowly. Meanwhile, gun violence has increased nationwide, and mass shootings in schools and other public settings remain distressingly common.

A decade later, it’s clear that Sandy Hook changed plenty. But for many in the anti-gun violence movement, it hasn’t changed nearly enough.

“I think it was a turning point,” said Abbey Clements, a Sandy Hook teacher who survived the shooting and went on to co-found a group called Teachers Unify to End Gun Violence. “But we would also say that we wish more had been done in the aftermath.”

Nowhere has oft-promised post-Sandy Hook change been harder to come by than in the U.S. Congress.

Despite efforts from Obama, as well as national lawmakers including U.S. Sen. Chris Murphy of Connecticut, the Newtown shooting did not bring major gun reform. Nor did subsequent shootings in San Bernardino, Calif.; Orlando; Las Vegas; El Paso, Texas; or Parkland, Fla.

Often, the issue broke down along party lines. While Democrats proposed reforms such as background checks on gun purchases and limits on the sale of automatic weapons, Republicans — backed by the gun lobby — typically resisted. The Senate filibuster meant that even in times of Democratic governance, major legislation was impossible.

“There were lots of people who thought that Congress was going to wake up and finally pass laws that got these weapons of war out of the hands of the hands of troubled kids,” Murphy said in a recent interview. “That didn’t happen.”

In place of major gun legislation, communities attempted to curb mass shootings in other ways, such as by beefing up security in schools. But the mass shootings continued, as did the type of everyday violence that is less likely to make national news but just as likely to devastate a family or community.

According to the Giffords Law Center, an anti-gun nonprofit, gun deaths rose 35 percent nationally from 2012 to 2020, spurred by increases in both homicides and suicides.

At long last, the legislative gridlock began to break after an 18-year-old gunman killed 19 students and two teachers at an Uvalde, Texas elementary school. After several weeks of negotiations, a group of U.S. senators formulated a compromise bill that would make it more difficult for young people to buy guns, tighten restrictions on gun purchases for domestic abusers and incentivize states to pass “red flag” laws, which allow police to remove guns from people deemed dangerous.

The bill ultimately passed with bipartisan support in both the House and Senate. On June 25, President Joe Biden signed it into law, mentioning Sandy Hook in his remarks.

To Murphy, the legislation was both the culmination of a decade of effort and the start of what he hopes will be a time of more rapid change.

“I think this is the beginning of an era in which our gun laws are going to start lining up with where American wants them to be,” he said.

Clements, from Teachers Unify to End Gun Violence, said she wishes universal background checks had been included in the bill but nonetheless considers it “a huge win” for the anti-gun violence movement.

“It’s not everything that we want,” she said. “But it’s going to make a huge impact in communities across the country as money comes in for life-saving violence interruption programs that have been proven to work.”

Of course, anti-gun advocates continue to lament that Congress had failed to do more, even as both guns and gun violence proliferate. The United States is now estimated to have more guns than people and nearly twice as many firearms per capita as any other nation. Meanwhile, it leads all developed nations in gun violence deaths.

Po Murray, chairwoman of the Newtown Action Alliance, said she was “hopeful” about the future of federal gun legislation, given shifts in public opinion and the anti-gun sentiments of many young Americans. Still, she noted that the prospects of another major federal gun law in the near future diminished last month when Republicans re-took the U.S. House of Representatives.

“We have passed the first bipartisan legislation to begin to tackle the issue of the public health crisis in this nation, but certainly it was not enough,” Murray said.

“The United States is living through a gun epidemic, and the sheer gross negligence of Congress not to act puts American lives at risk every single day,” said Rep. Steve Stafstrom, a Connecticut legislator who has been one of the state’s strongest advocates for gun reform. “Gun policy is only as strong as its weakest link.”

Connecticut ‘doubles down’ against guns

Just because action at the federal level has been slow doesn’t mean nothing has changed at all. In states like Connecticut, the past 10 years have brought a wave of anti-gun legislation, with promises of even more on the way.

At the time, some gun advocates considered the bill the strongest in the nation.

“We decided that we were going to do something about this crisis,” said Stein, from CT Against Gun Violence. “Before Sandy Hook, Connecticut was very good on gun laws … but since Sandy we’ve kind of doubled down on gun safety.'”

Over the years, Connecticut has continued to tighten its gun laws. In 2019, the legislature restricted weapons that lack a serial number (known as “ghost guns”), barred gun owners from leaving weapons unattended in motor vehicles and required safe storage of firearms in homes where children are present. Two years later, lawmakers made it more difficult for people with protective orders against them to obtain gun permits and ammunition.

The result: The nonprofit Everytown for Gun Safety ranks Connecticut as having the fifth-strongest gun laws in the country, while the Giffords Law Center lists the state third. Meanwhile, Connecticut has the nation’s fourth lowest rate of gun violence

“Over the last 10 years, Connecticut has established itself as a national leader on gun-safety policy,” said Stafstrom, a Democrat from Bridgeport first elected in 2015. “We have made tremendous advances within the last 10 years to protect our citizens.”

Still, Stafstrom says there’s room to do more, citing a proposal to tighten the state’s ban on ghost guns that died in the legislature last year. Gov. Ned Lamont has also promised further reform, such as a crackdown on ghost guns or a law allowing police to request permits from gun carriers — a proposal that has met resistance from not only pro-gun Republicans but also some Democrats who worry it could lead to racial profiling. More recently, Lamont said he was open to banning military-style weapons that had been”grandfathered in” under previous legislation.

Regardless of which specific proposal surface during the coming legislative session, Stein says the issue is ultimately simple. More guns mean more shootings and more tragedies like the one in Newtown.

“We need to continue to reduce the access to firearms and reduce the number of guns that are already here,” he said. “And until we do that, we are not going to see a significant change.”

‘Part of the American psyche’

Those in the world of anti-gun advocacy say the biggest change since Sandy Hook isn’t any federal or state policy. It’s the sense — enforced through national headlines and first-hand experience — that gun violence can strike at any time and in any place.

“It’s now part of the American psyche that it really could happen to you,” Clements said.

As Clements sees it, Sandy Hook helped elevate gun violence from a secondary political issue into a seemingly inescapable one.

“It used to be 10 years ago that everybody shied away from this issue,” she said. “Whatever side you were on on gun reform or gun safety, you really didn’t advertise that. … Now every candidate has to be up front on where they stand on this issue.”

It also meant the birth — or at least rapid expansion — of a movement. A web of nonprofits and advocacy groups sprung up, from Sandy Hook Promise to the Newtown Action Alliance to Safe and Sound Schools. By the time of the Parkland and Uvalde shootings, this network was already strong.

Over time, anti-gun activists have gradually chipped away at the once-untouchable gun lobby. Last year, the National Rifle Association declared bankruptcy amid allegations of corruption.

“Shortly after Sandy Hook we figured out we needed to build a movement,” Murphy said. “We set about that work, and now 10 years later we’ve built a movement that is strong that the gun lobby is.”

Murphy said he understands the frustration over lack of action in Congress but takes encouragement from the “small and big miracles” that he has witnessed since the shooting in Newtown. Community members helping each other heal. Parents organizing to push for change. Students joining the effort in impressive numbers.

That, he said, is the legacy of Sandy Hook.