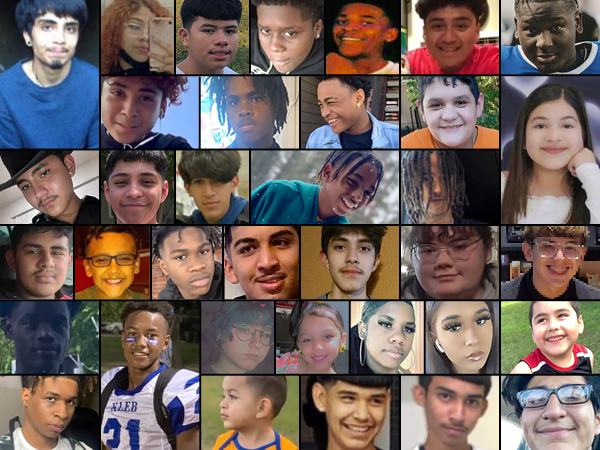 Regarding “Editorial: It’s time to get MADD about everyday gun violence,” (Dec. 1):  I totally agree that gun violence begs for a cultural transformation and grassroots efforts, like Moms Demand Action for Gun Sense in America, are growing and addressing this. However, there is one thing that this movement needs that was not mentioned: responsible gun owners. More need to join this movement, now.

Responsible gun owners securely store their guns and ammunition. They model responsible behavior when handling a firearm. They take training to learn how to properly handle their firearm. Many were dismayed when the Texas Legislature passed the completely irresponsible permitless carry law in the 2021 legislative session, but shouldn’t have been surprised after years of gun laws being steadily loosened.

Neither Gov. Greg Abbott or Lt. Gov. Dan Patrick were held accountable by voters for their utter failures to take sensible steps to reduce mass shootings in Texas or to protect the public from the increasing instances of random gun violence. They, and many of their Republican colleagues, seem to be completely beholden to the NRA and the far-right ideology of West Texas oil men Tim Dunn and Farris Wilks. Public safety be damned. So, while groups like Moms Demand Action are growing, they need more responsible gun-owners to join them to help stop, and then reverse, the irresponsible actions of Abbott, Patrick and Republican legislators which promote irresponsible gun ownership that is fueling the epidemic of gun violence.

Regarding “Editorial: Mayor has big housing goals. What about the land trust?” (Dec. 2): I want to thank the Chronicle editors for giving me one more thing I can use to brag about my hometown. Typically, I brag about our racial and ethnic diversity, our second-to-none medical center, our amazing rodeo and the Astros. Now, thanks to your article, I can brag about our city’s dedicated attention to providing affordable housing for low-income Houstonians. This is an important ingredient for living a healthy life.