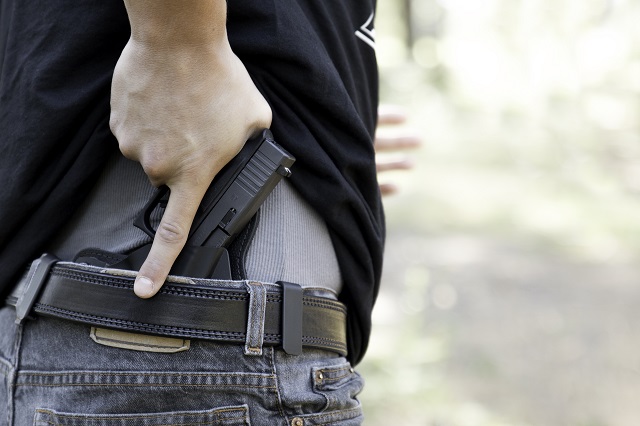 “These are places that people, exercising their rights, frequent every day when they move around outside their homes,” wrote Judge Sinatra in his opinion. “The exclusion here makes all of these places presumptively off limits, backed up by the threat of prison. The Nation’s historical traditions have not countenanced such an incursion into the right to keep and bear arms across all varieties of private property spread across the land. The right to self-defense is no less important and no less recognized on private property.”

In addition, Judge Sinatra added that “[n]othing in this decision purports to impact the traditional property right to exclude others, so long as the property owner (not the State) is the one actually exercising that right.”

“We are thrilled that the court has once again reminded New York lawmakers that they are not immune from the demands of the constitution,” said Bill Sack, FPC’s Director of Legal Operations. “The fight continues to rein in a New York political machine sent recklessly flailing in the aftermath of the Bruen decision.”

In addition to issuing the preliminary injunction, Judge Sinatra also requested supplemental briefing regarding the two other carry bans challenged in the lawsuit (public parks and public transportation), which is due on December 2nd.

FPC is joined in this lawsuit by the Second Amendment Foundation.