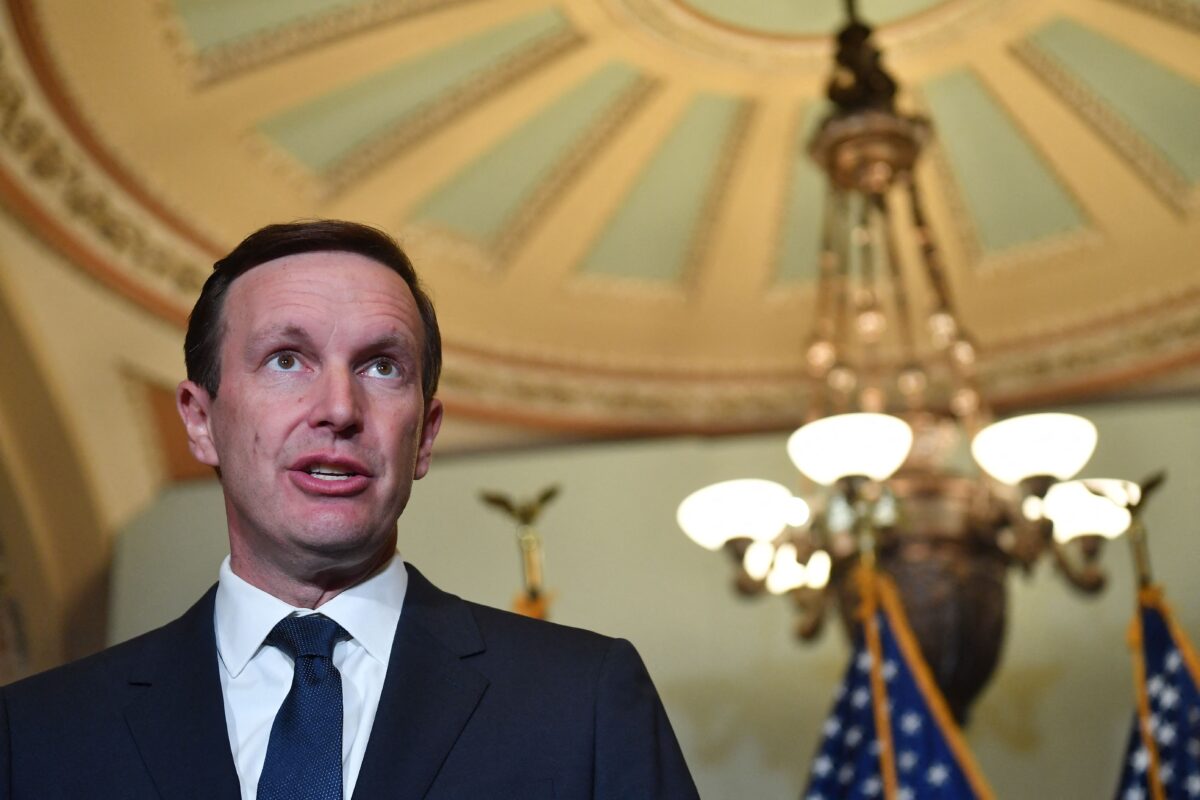 A gun control bill that would ban “assault weapons” likely does not have enough votes to make it to President Joe Biden’s desk, Democrats said on Nov. 27.

“I’m glad that President Biden is going to be pushing us to take a vote on an assault weapons ban. The House has already passed it. It’s sitting in front of the Senate. Does it have 60 votes in the Senate right now? Probably not,” Sen. Chris Murphy (D-Conn.) said on CNN’s “State of the Union.”

The Democrat controlled-House of Representatives in July passed H.R. 1808, or the Assault Weapons Ban. The law would prohibit the sale, manufacture, and possession of all semiautomatic guns.

Democrats also control the Senate. The upper chamber is split 50–50 and Vice President Kamala Harris can cast tiebreaking votes. But to pass the filibuster, Democrats must convince 10 Republicans to support legislation.

Republicans will gain control of the House in January 2023 after flipping seats in the midterm elections, adding urgency to the Democrat push to pass gun control bills.

Biden on Thanksgiving called for “much stricter gun laws” and said he would call for a ban on so-called assault weapons during the lame-duck session.

“The idea we still allow semi-automatic weapons to be purchased is sick,” Biden said.

“It’s just sick. It has no, no social redeeming value. Zero. None. Not a single, solitary rationale for it except profit for the gun manufacturers,” he added.

Pro-Second Amendment groups and some Republicans have criticized the effort to ban “assault weapons,” noting the term would encompass many firearms.

“They are coming for everything,” the Firearms Policy Coalition said on Facebook, alongside a picture of Biden’s remarks.

He was referring to House Speaker Nancy Pelosi (D-Calif.) and how Democrats lost the House in the midterms.

The National Rifle Association’s Institute for Legislative Action estimated that more than 24 million guns could fall under the definition outlined in H.R. 1808.

Bills only need a majority vote to pass the House. In the upper chamber, most bills need to meet a threshold called the filibuster, currently set at 60 votes, in order to advance to a final vote.

Democrats only hold 50 seats, necessitating support from at least 10 Republicans.

But none of the Republicans who voted for the bill has said they support a ban on so-called assault weapons.

The legislation “is being implemented as we speak,” Murphy said on Sunday, adding that “it takes a little while for these big, complicated laws to be put into place.”

Rep. Madeline Dean (D-Pa.), on MSNBC on Sunday, said that she was not sure how likely it is that the “assault weapons” ban passes the Senate.

“But we’ve done an awful lot against conventional wisdom and limited numbers,” she said. “I’m with the president.”

Rep. Ted Budd (R-N.C.) is set to succeed Sen. Richard Burr (R-N.C.), one of the senators who voted in favor of the gun control bill over the summer.

Budd, who is set to be sworn in after the New Year, said on Fox News that he did not think Biden’s efforts to ban “assault weapons” would be successful.

“They’ll be so full of other things—so look, we always have to be on our toes, we always have to watch out for these radical bills that sneak through under Nancy Pelosi and the current Senate—but … I don’t think there’s a lot of room in the pipeline, if you will, the legislative pipeline in the next several weeks,” Budd said. “But again, you have to watch out for it.”

Zachary Stieber covers U.S. and world news for The Epoch Times. He is based in Maryland.