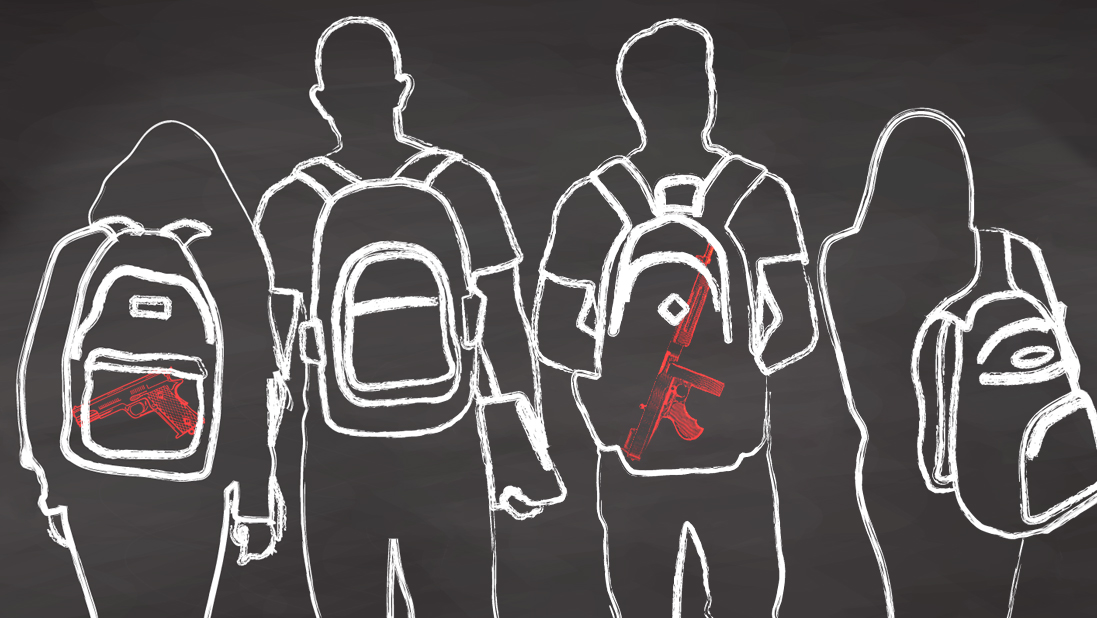 You’re applying to college, and you’ve got your checklist of things to consider: Academics. Dorms. Sports. Clubs. Location.

Where are they allowed on campus? Where are they banned? Gun regulations vary widely by state. Texas permits them, except in certain areas as specified by a particular school. New York does not.

Gun control advocates argue that guns and college students do not mix. It is dangerous to add weapons to an environment where students might be drinking, where they are under academic and other pressures and where suicide or an unintentional shooting is a risk, said Andy Pelosi, who co-founded The Campaign to Keep Guns off Campus after the deadly shootings at Virginia Tech in 2007.

Gun rights advocates say students and others must have the opportunity to defend themselves. The group Students for Concealed Carry, also begun after the Virginia Tech shootings, says on its website that students with a license for a concealed handgun should be allowed to carry one on campus too.

Politics are reaching into college campuses across the country. Most recently, after the U.S. Supreme Court overturned Roe v. Wade and the constitutional right to an abortion, young women looking at schools were faced with the consideration of which states would give them access to the procedure if it was necessary.

The debate over guns on campus is older though it intensified after the Virginia Tech shootings, one of the country’s worst. Thirty-two students and faculty members were shot to death by a student who later killed himself.

The NRA did not immediately respond for comment on its position on guns on campus.

Today, most states continue to ban them or allow schools to decide. But 14 states permit at least some groups to carry guns or limit any restrictions.

Gun control groups cite polling that shows that most students don’t want them on campus. Researchers at the University of North Carolina and Indiana University of Pennsylvania in 2019 looked at 17 studies considering campus carry. They found that a majority of people on campus opposed allowing guns, but that attitudes varied according to such factors as gun ownership or a fear of crime.

According to the U.S. Department of Education, in 2019 there were 27,300 on-campus crimes reported to police and security agencies, or 18.7 on-campus crimes per 10,000 full-time students. Among those, 43% were forcible sex offenses.

Students for Concealed Carry agrees that campuses are safer than many surrounding neighborhoods but argues that violent crimes occur everywhere.

“Concealed handgun license holders carry guns in case danger finds them where they had no reason to expect it,” it says on its website.

Some states that do not now allow guns on campus are considering a change. During the last legislative sessions, Alaska, Arizona, Florida, Missouri, New Hampshire, Oklahoma and West Virginia took up bills to ease restrictions. None became law. For the next sessions, advocates will watching Florida, Missouri, West Virginia and possibly other states.