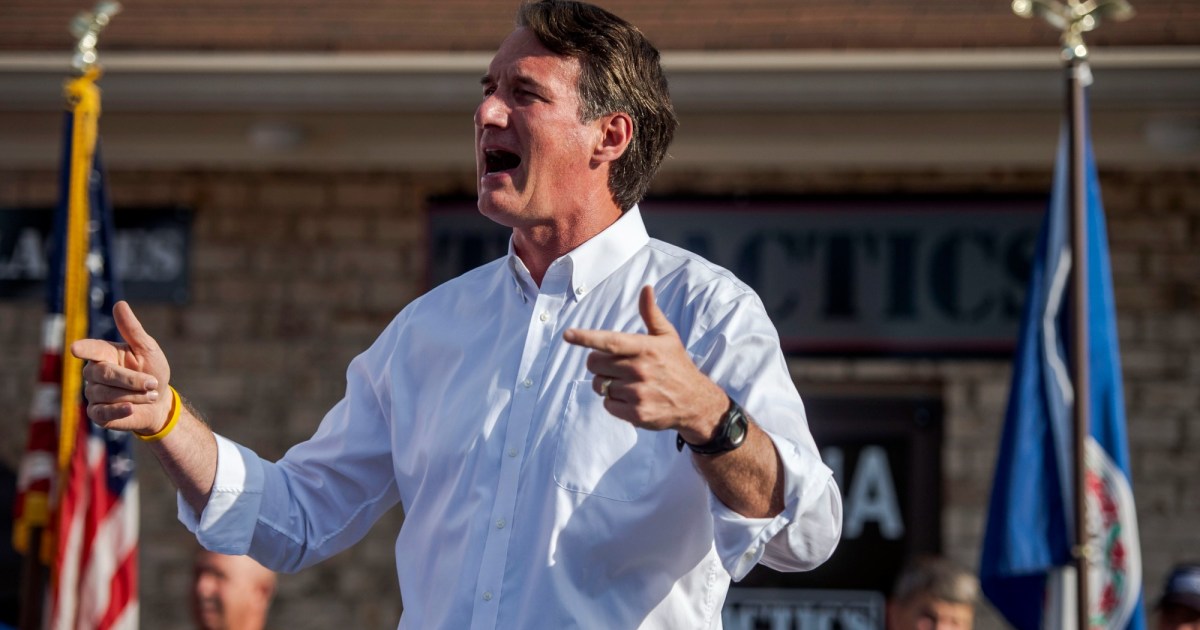 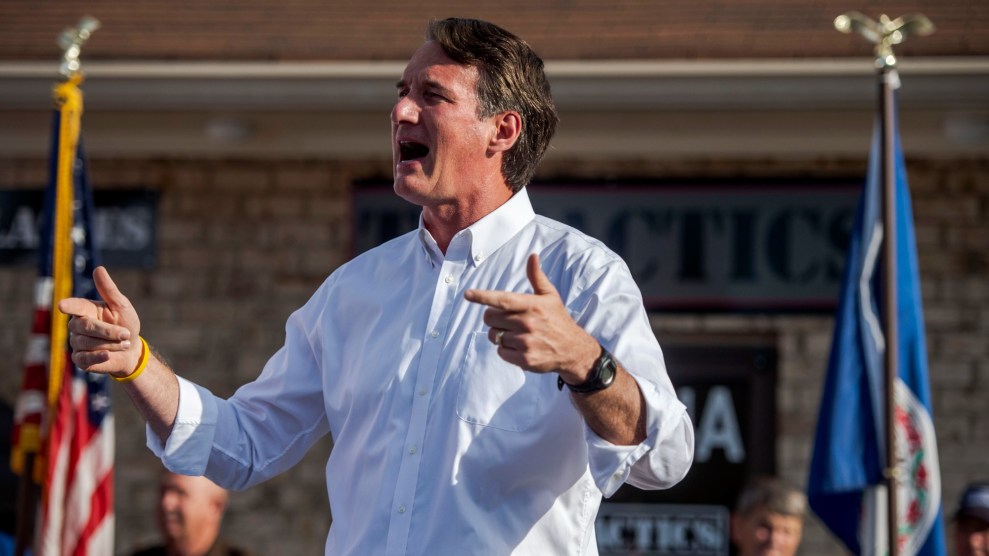 Fight disinformation: Sign up for the free Mother Jones Daily newsletter and follow the news that matters.

In less than 10 days, two mass shootings in two different cities have taken place in Virginia. On November 13, three students at the University of Virginia were killed after a classmate allegedly gunned them down following a field trip. Then on Tuesday, a suspected gunman opened fire inside a Walmart break room, killing at least six people and injuring four, before allegedly killing himself.

But does Glenn Youngkin know any of this?

In several statements responding to the shootings, the state’s Republican governor condemned the acts of violence. He also expressed heartbreak and extended prayers. In one interview with Fox News, Youngkin appeared to blame the scourge of mass shootings on a “mental health crisis,” recycling the familiar Republican talking point.

But as many have pointed out, Youngkin appears to have avoided the words gun and gunman entirely when describing both shootings. In fact, a quick search of his tweets revealed that Youngkin has never referred to the words “gun, guns, or gunman,” at least from his official social media account.

But here’s a collection of what he has said since the November shootings:

This morning, Suzanne and I are praying for the UVA community. Virginia State Police is fully coordinating with UVA police department and local authorities. Please shelter in place while the authorities work to locate the suspect.

Our hearts break with the community of Chesapeake this morning. I remain in contact with law enforcement officials throughout this morning and have made available any resources as this investigation moves forward. Heinous acts of violence have no place in our communities.

I have ordered that the flags of the United States of America and the Commonwealth of Virginia are to be flown at half-staff immediately in respect and memory of the victims of the Chesapeake shooting, their families, and the entire Chesapeake community. pic.twitter.com/Q82FIxWfch

Glenn Youngkin describes the latest mass shooting in his state as an example of the country’s “mental health crisis” pic.twitter.com/rlwR1Pb5e9

You won’t hear the word gun from Youngkin.

Of course, Youngkin has never been shy about his pro-Second Amendment views. A self-described lifelong member of the NRA, Youngkin has been virtually silent on gun control. When CBS Mornings asked him about red flag laws and background checks in June, Youngkin claimed that he wasn’t familiar with either policy to officially weigh in.