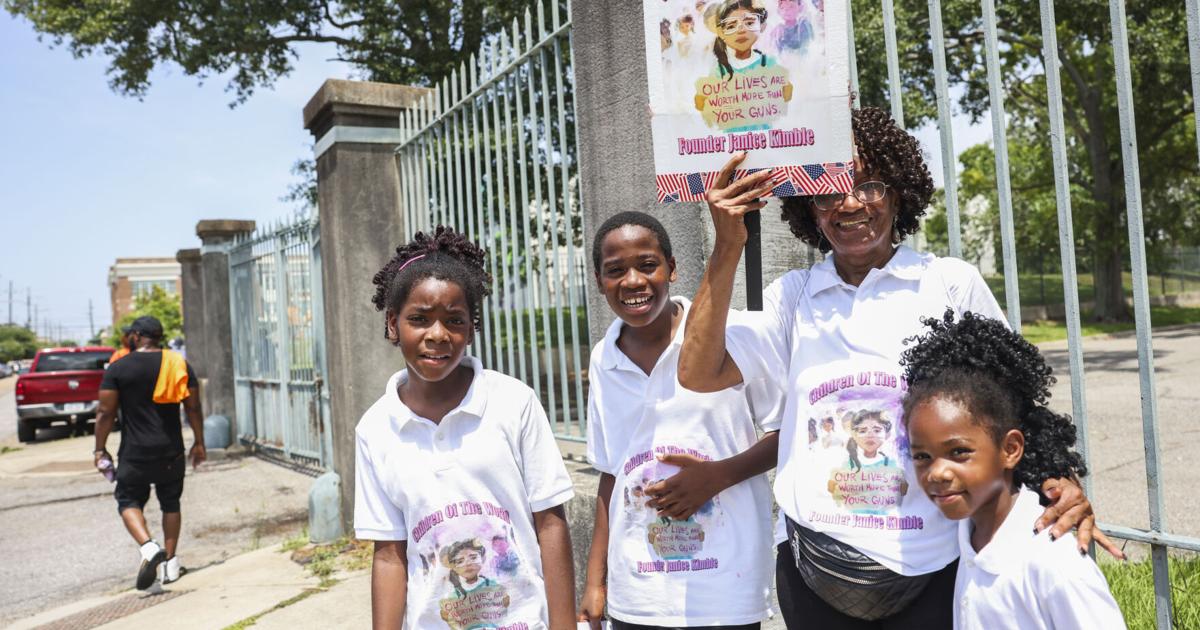 New Orleans’ gun violence comes with a hefty price tag for University Medical Center, according to a new study.

A study published this month in The American Journal of Preventative Medicine found that the academic and research hospital on Canal Street lost roughly $20 million treating gun injuries from 2016 to 2019. But that number only “scratches the surface,” said study author and orthopedic surgeon Dr. Chris Marrero.

“Some of them were in and out of the emergency room the same day and then some of them stay for over a year,” said Marrero. “But at the end of the day, those costs are far less than the total costs, in that there’s a lot more to caring for these patients than just the initial hospital visit.”

Although UMC is a safety-net hospital that is expected to treat a higher number of uninsured patients, Marrero points out that the money going toward treating gunshot wounds — costs the hospital often doesn’t recover — drains funding for other much-needed projects.

“The state has to cover those losses, and that comes from taxpayer dollars,” said Marrero, an assistant professor of orthopedic surgery at LSU Health New Orleans. “Money that could be spent for roads or bridges or improvements to schools, etc., has to be used to cover that.”

The $20 million in losses also doesn’t account for the life-long health problems that haunt patients wounded by gunfire. Though the study only examined the costs of treating initial gunshot wounds, patients often face multiple surgeries and amputations after being shot. They may also need decades of physical and mental therapy.

“Those losses will end up being a lot more than $20 million dollars,” said Marrero. “I’ve seen joints, knees totally destroyed in patients who are going to (have) trouble walking for the rest of their life,” said Marrero.

The study looked at hospital billing codes for gunshot wounds and found that 2,094 patients were charged roughly $122 million over the four years. Just $17 million was collected as payment. The estimated cost to the hospital for those patients was $37.6 million, resulting in a loss of $20 million.

Louisiana leads the U.S. in non-fatal firearm injuries, according to a 2021 study published in the Western Journal of Emergency Medicine. And non-fatal shootings have surged this year, according to city data. As of November 17, 227 people have been shot this year who initially survived their shootings, about three times as many as 2019 and 78% more than the average over the last decade.

But there is little data about what happens to those people as they try to recover.

That’s partly because, until recently, federal dollars could not be used to study gun violence. In 1996, Congress passed a law that stated that “none of the funds made available for injury prevention and control at the Centers for Disease Control and Prevention may be used to advocate or promote gun control” after the National Rifle Association lobbied to kill the CDC’s National Center for Injury Prevention and Control.

That freeze held until 2020, after congressional leaders clarified that the rule applies to gun control advocacy and not gun violence research.

But the $25 million distributed that year is a tiny amount compared to public health issues the CDC has focused its research money on in the past, such as seatbelt safety, said Julie Fleckman, associate director for the Tulane University Violence Prevention Institute.

“For gun violence research, it’s really a fraction of what we need,” said Fleckman, who was not involved in the UMC study. “If you think about the distribution of the amount of funds they have, and what that really breaks down to, it’s really a drop in the bucket.”

Fleckman studies interventions aimed at reducing the chance that survivors of gunshot wounds will be shot again. One part of that is distributing gun lockboxes in hospitals and retail stores to make safe storage a more integrated part of owning a gun.

In her research, she’s seen how getting shot can have far-reaching effects, making it difficult for patients to get to appointments. One patient who had multiple amputations after a gunshot wound stands out.

“Because he couldn’t drive, it was difficult to leave the house or get on the bus on his own, and that was very costly, too,” said Fleckman.

Marrero said the economic cost to UMC should demonstrate gun violence’s negative and far-reaching effects. He pointed to the recent shooting of a football player from Baton Rouge at The University of Virginia as an example of the long-term costs to individuals and society.

“The surgeries he may have had may totally eliminate football as an option as a career,” said Marrero. “Just to be a person that can sustain themselves in general can be quite difficult for some of these injuries, especially with the type of weapons that are involved nowadays.”