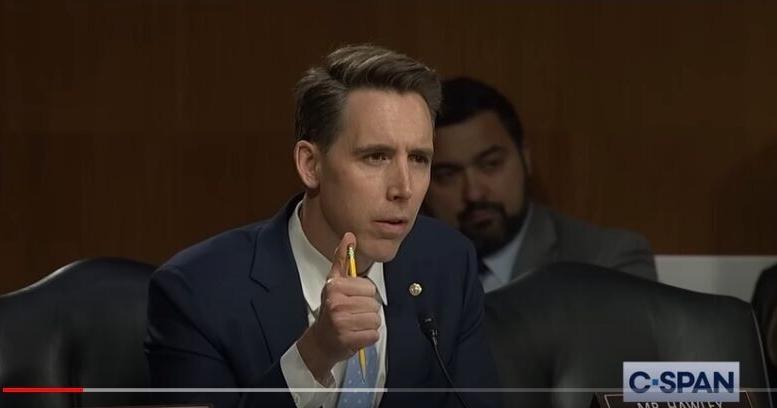 The Missouri Republican’s campaign filed the lawsuit against the FEC in May after the agency withheld 32 pages of documents in response to an open records request filed by the campaign in relation to a separate lawsuit.

The FEC’s proposed settlement marks a win for the Republican senator over the release of public records. The agency, in its court filing, said it was not an admission of wrongdoing.

“We are pleased to prevail here and to be awarded attorneys fees, despite battling a well-funded anti-gun group and Democrat-leaning FEC Commissioners attempting to hide information,” said Kyle Plotkin, the Missouri’s senator’s 2018 campaign manager who continues to serve as one of Hawley’s political consultants.

The public records request at the center of the case was for materials Hawley’s campaign could use to defend itself in a lawsuit that alleged the National Rifle Association used shell entities to provide money to Hawley’s campaign for U.S. Senate.

The Washington-based Campaign Legal Center and Giffords, a gun control group founded by former Rep. Gabby Giffords, an Arizona Democrat who survived a 2011 shooting, filed the lawsuit last year against the NRA and Hawley’s campaign.

Hawley’s campaign has denied wrongdoing in that case, which is still moving through the federal court system.

The settlement in Hawley’s favor in the FEC case came the same week that a Missouri circuit court judge fined the Missouri Attorney General’s Office $12,000 for violating the state’s open records law under Hawley’s leadership.

The judge found that the office broke the law by withholding emails between Hawley’s taxpayer-funded staff and his political consultants during his 2018 Senate campaign.

Primitive Technology with Survival Skills Catch giant Lobsters in deserted island
Why a challenge to Delaware law prohibiting gun ownership for most under 21 was dismissed
Gun group sues N.J. attorney general over public nuisance law
How to Use a Button Compass: Navigation 101
(Video) Iran protests: MEK Resistance Units report of the growing bravery of people