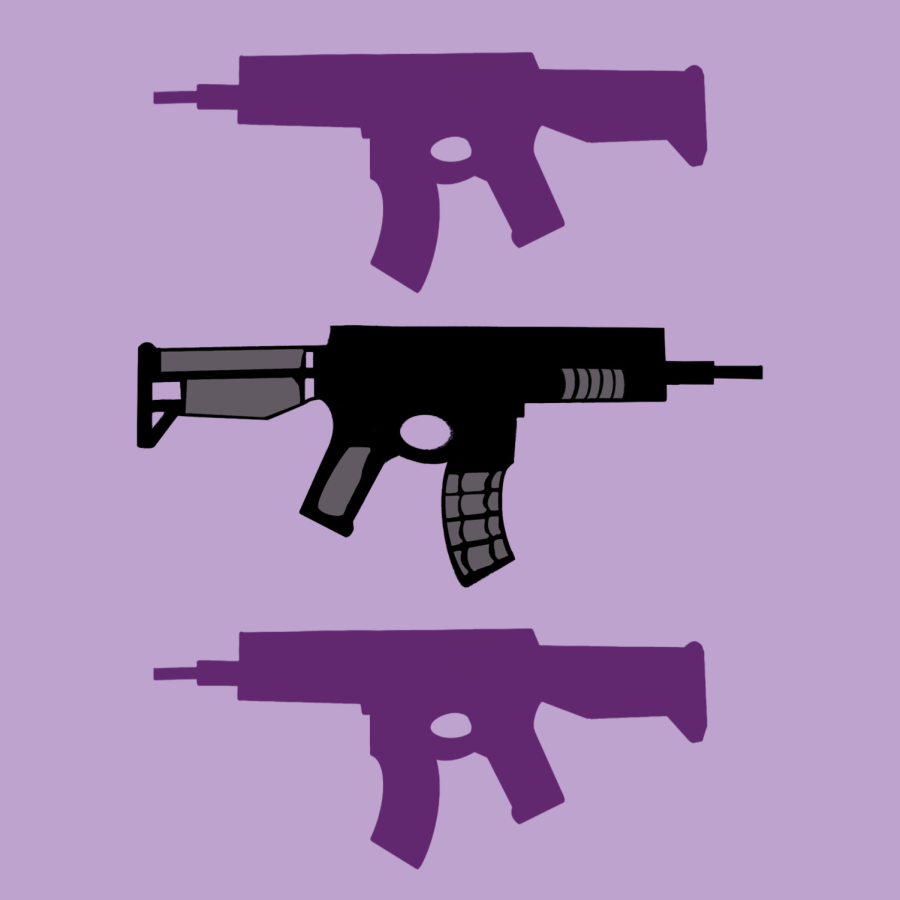 After the Highland Park shooting on July 4, 2022, I went to work thinking about what I would do in an active shooter situation. Where would I hide? There’s a door that leads straight to the outside and our counter has no coverage. I suppose I could use a chair as a weapon if I could get to it in time. As I considered my options, the thought hit me: this isn’t normal. Preparing for open fire should not have seemed so mundane.

Because of our past social and political failures, mass shootings have become everyday occurrences. We should never have allowed them to become so trivial.

Active shooter drills became commonplace in the K-12 school routine following the tragedy of Columbine High School in 1999. By 2016, 95% of public schools drilled students on lockdown procedures. While this is now an expected part of schooling, it’s unthinkable in its normalcy.

Gun politics are cyclic and exhausting. They remain polarized and very rarely centered on what the American people actually want. As of June 2022, 66% of Americans want stricter gun laws, according to a Gallup poll. The NRA, however, dumps money into lobbying against gun laws. With their degree of political influence, it’s no wonder why we have so few restrictions. But according to Ipsos, 70% of people say that enacting new laws to reduce gun violence should take higher priority over the right to own a wide range of guns.

This sentiment was recently echoed in a new gun safety law, making headlines as one of the first major pieces of federal gun safety legislation in decades. With bipartisan support, it aims at funding “mental health, school safety, crisis intervention programs and incentives for states to include juvenile records in the National Instant Criminal Background Check System.”

This legislation also helped change the rules for purchasing a firearm between the ages of 18 to 21. Beyond that, it closed the “boyfriend loophole,” which previously allowed unmarried partners convicted of domestic violence to own a gun, while barring individuals convicted of domestic violence against married partners, or those whom they live with or share children with, from owning one.

This legislation undoubtedly made the first big start towards addressing the issue. Though of course, it has some failings. It won’t ban any weapons and doesn’t work retroactively, but it’s a good step forward, nonetheless.

Many mass shooters exhibit warning signs well before they carry out their crimes. However, it’s not always the mentally ill that commit atrocities. In a large number of cases, ideology, racism and a perceived injustice fuel violence.

This country is rife with political unrest and differing opinions regarding identity. We’ve allowed racism to flourish within a nation so racially and ethnically diverse. Young assailants often feel a need to prove themselves, according to the New York Times. Typically, it’s young men who feel powerless or disrespected. They commit atrocities to emulate others before them and feel a sense of power in terrorism.

The “Great Replacement” theory also serves as an instigator — the idea that nonwhite individuals are trying to “replace” white people in the West. At one point in time, it was merely a fringe conspiracy theory. Now, it’s part of mainstream Republican ideology. Payton Gendron, the white male shooter who killed 10 people in Buffalo, New York, utilized this theory in his 180-page manifesto.

With this new generation of horrors, we might wonder if there’s anything we can do to keep a repeat of Buffalo from happening. It’s difficult, especially now, for schools to breach the topic of anti-racism. Discussions of white supremacy and the shortcomings of our past make for uncomfortable lessons, so they are often avoided altogether. Teaching online literacy and allowing spaces for people to feel less isolated can help, though. Young people are becoming radicalized by media echo chambers, where a lack of differing opinions allows hateful rhetoric to become canon.

Mass shootings and gun violence are not a normal part of society. We should not ignore them the way we often do. Blood has been spilled countless times over and yet nothing seems to change. People are not meant for target practice. Until we learn that lesson, the failings of our past will continue to haunt our present.