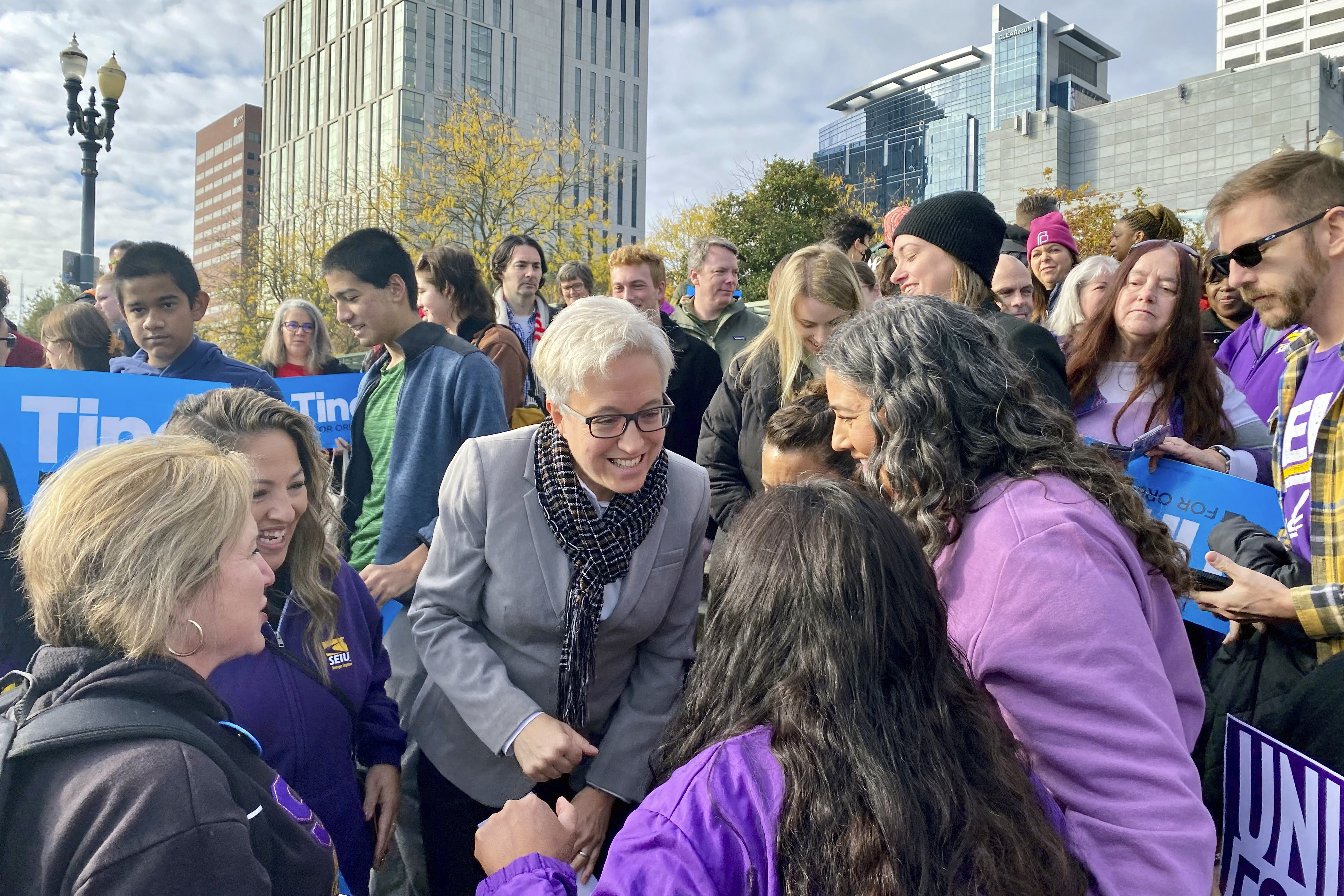 Tina Kotek, a Democrat who served as state House speaker for nine years, will be Oregon’s next governor after surviving a bruising three-way race seen by many as a dark-horse pickup opportunity for Republicans.

The governor-elect fended off Republican Christine Drazan and Democrat-turned-independent Betsy Johnson. Kotek will join Massachusetts Gov.-elect Maura Healey as the nation’s first openly lesbian governors when they take their oaths of office.

Kotek will replace Democratic Gov. Kate Brown, who is term-limited and has held the post since 2015, when she took over for former Gov. John Kitzhaber after he resigned in a public corruption scandal. Kotek’s win keeps the seat blue in a state that hasn’t elected a Republican governor since 1982, and it maintains a West Coast firewall of Democratic leadership in governors mansions — with Alaska as the lone exception.

But Republicans saw an opening as the race tightened and Johnson threatened to siphon votes away from Kotek. Drazan hammered Kotek on issues like crime, homelessness and education and attempted to tie Kotek to Brown, who is the least popular governor in the country, according to polls from earlier this year. Record numbers of murders in Portland have fueled public safety concerns.

Drazan also touted her conservative bona fides. She has an “A” rating from the National Rifle Association, opposes abortion in a state that has committed to affording access to the procedure and said she would establish a task force on election integrity, according to her website.

The chance that the governorship in deep-blue Oregon could have flipped red attracted attention from Republicans — and alarm from Democrats.

President Joe Biden made an October trip to Oregon, a state he carried by 16 percentage points in 2020, to campaign with Kotek, signaling Democrats’ concern the state could turn red during an election cycle generally favorable to Republicans. Sen. Jeff Merkley (D-Ore.) was also on hand for Biden’s visit.

Meanwhile, Gov. Glenn Youngkin, a rising figure in the Republican Party, campaigned with Drazan in Oregon in October — sensing some of the same conditions in Oregon that led to his 2021 victory in Virginia.

And Oregon’s richest man, billionaire Nike co-founder Phil Knight, had padded the campaign coffers of both Johnson and Drazan with donations in the $1 million-plus range to oppose Kotek.

Kotek was ultimately able to cobble together a winning coalition in the heavily Democratic state and deny Republicans what would have been a surprising win.