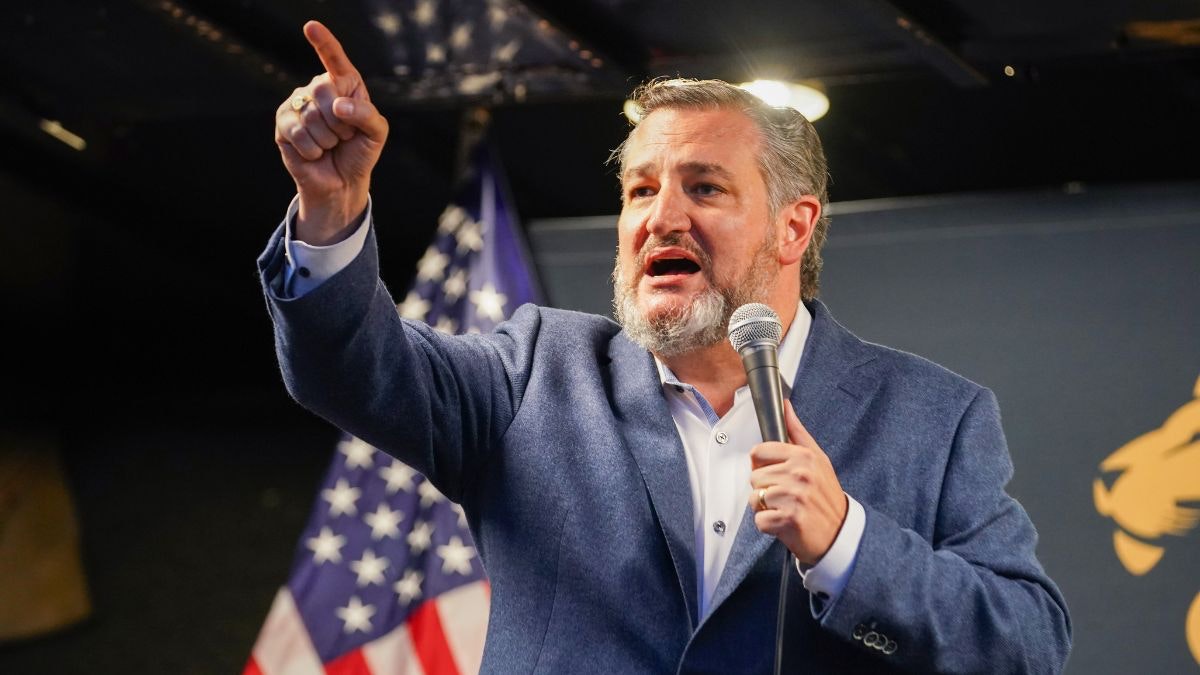 Joseph Halm Arcidiacono, 33, reportedly threw two cans of White Claw at Cruz while watching the senator move by during the parade, with one of the cans hitting him.

“HPD made one arrest during today’s victory parade. A male, 33, threw a beer can at U.S. Senator Ted Cruz as the Senator was on a float in the 2400 block of Smith St. The beer can struck the Senator in the chest/neck area. The Senator did not require medical attention,” Houston Police wrote on Twitter.

Arcidiacono was reportedly released on a $40,000 bond after being charged, according to National Review, citing court records.

Arcidiacono told officers, “I know, I’m an idiot. I’m sorry,” as he was arrested, according to The Independent.

Cruz was uninjured in the incident and thanked law enforcement for their prompt response.

“As always I’m thankful for the Houston Police and Capitol Police for their quick action,” the senator tweeted. “I’m also thankful that the clown who threw his White Claw had a noodle for an arm.”

As always I’m thankful for the Houston Police and Capitol Police for their quick action.

I’m also thankful that the clown who threw his White Claw had a noodle for an arm. https://t.co/CRSfNHckA2

Arcidiacono is scheduled to appear in court Wednesday.

The victory parade was held after the Houston Astros won the World Series in Game Six over the weekend, beating the Philadelphia Phillies four games to two. The victory marked the team’s first championship since 2017.

Cruz attended several of the games, including Game Six in which he tweeted a photo with his daughter Catherine.

“At @astros game 6 with Catherine. Nothing better than Daddy-daughter baseball!” Cruz wrote.

At @astros game 6 with Catherine. Nothing better than Daddy-daughter baseball!#GoStros#WorldSeries pic.twitter.com/WUjwZsk2TV

“Pure joy,” Cruz wrote in another post following the team’s victory. “@Astros winning the #WorldSeries …at home…with my precious Catherine.”

Cruz was also heckled back in October while attending the Astros playing the Yankees in New York, with many booing or shouting.

Cruz was also confronted while at a Houston restaurant following a speech at the National Rifle Association’s convention in May that attacked his view on gun rights.

Security officers were forced to intervene in the situation, with Cruz soon returning to his meal.

In 2018, Cruz was shouted out of a Washington, D.C., restaurant over his support for then-Supreme Court nominee Brett Kavanaugh.