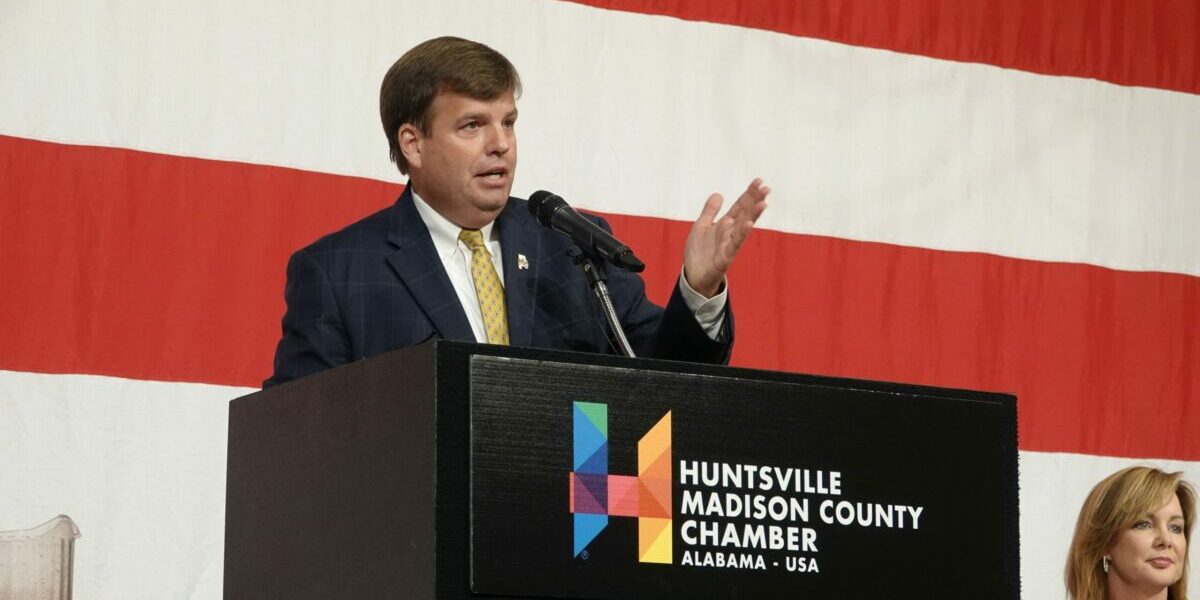 The voters of Alabama’s Fifth Congressional District have spoken. Madison County Commission Chairman Dale Strong (R-Huntsville) has been elected to represent the Tennessee Valley on Capitol Hill as its next congressman.

While election results are still being posted, the Associated Press has called the race for Strong over Democratic Party nominee Kathy Warner-Stanton.

Upon taking the congressional oath of office on Jan. 3, Strong will officially hold the seat of outgoing U.S. Rep. Mo Brooks (R-Huntsville).

Strong’s election is widely seen as a victory for North Alabama’s robust and ever-expanding business community. One of the most dynamic political leaders in the Yellowhammer State, Strong assumes his next role equipped with decades worth of successful experience.

At the time of his election to the Madison County Commission in 1996, Strong was the youngest elected Republican official in Alabama. After being elected chairman in 2012, the conservative reformer used his office to bolster the county’s fiscal outlook and grow the area’s economy.

Strong played no small role in the enormous growth of North Alabama’s economy and low unemployment rate. Through his collaborative efforts with regional leadership, the Tennessee Valley has positioned itself as an industrial powerhouse, with Huntsville serving as the nation’s premier national security hub.

A versatile leader, Strong has fiercely championed issues of importance to the Republican Party’s conservative base. The congressman-elect is unabashedly pro-life and is a lifetime member of the National Rifle Association. Additionally, Strong has emerged as border security stalwart and staunch opponent of illegal immigration.

Strong navigated the challenges associated with a crowded Republican field and overwhelmingly emerged as the top vote-getter in the GOP primary election, coming within six percentage points of avoiding a runoff. In the runoff election, Strong decisively defeated his Republican opponent by a 62.8% to 37.2% margin.

It is significant to note that Strong enters what, as of reporting time, appears to be a Republican-majority U.S. House of Representatives. With the election of Strong and U.S. Sen.-Elect Katie Britt (R-Montgomery), Alabama will maintain its 8-1 GOP-majority federal delegation.

Don’t miss out!  Subscribe today to have Alabama’s leading headlines delivered to your inbox.

Olight Black Friday Sale: Up to 50% off Nov 22- 28th
Déjà vu: Biden Taps Operation Chokepoint Veteran to Again Lead FDIC
How to Use a Button Compass: Navigation 101
10 Favorite Folding Knives – Sharp Saturday
Solo Overnight Building a Tree Fort with Fireplace in The Snow and Ribeye Cooked Over a Chimney