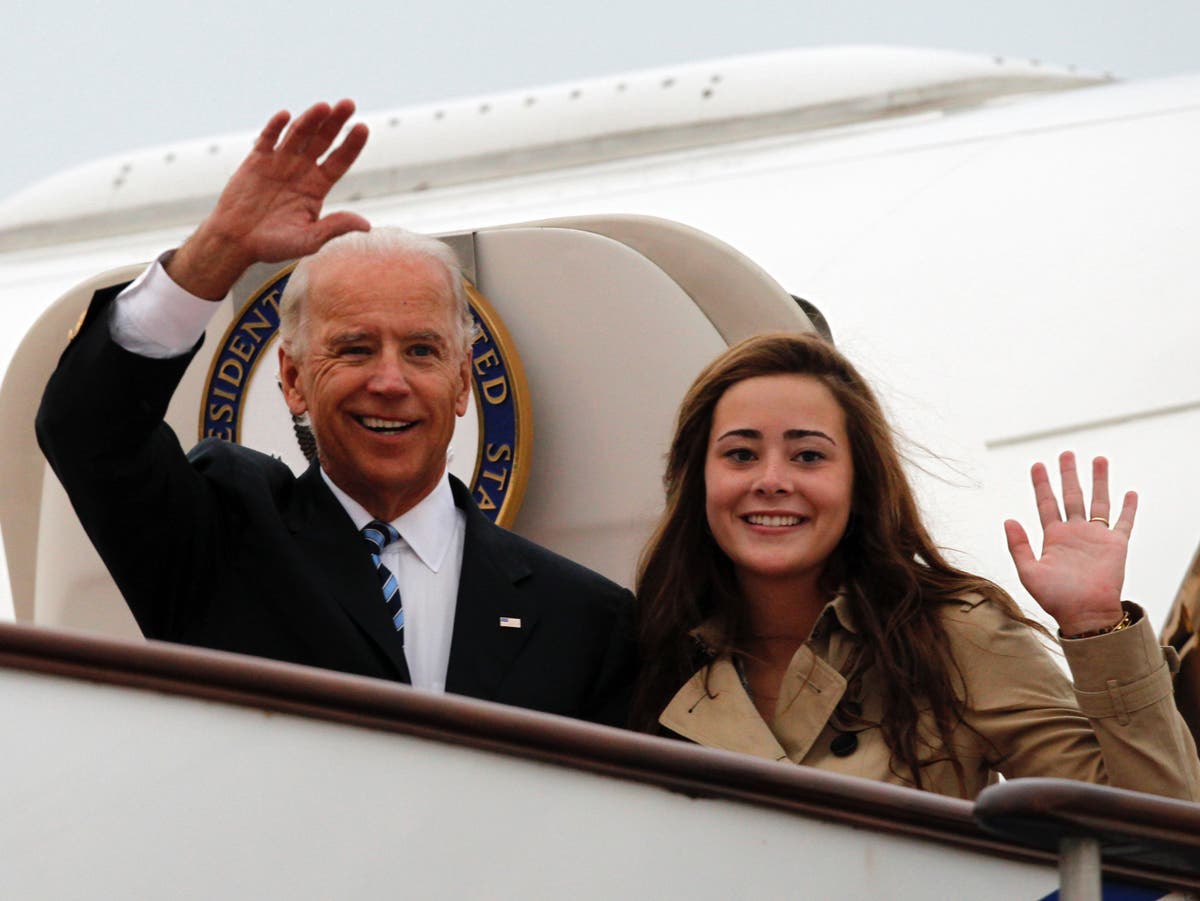 Naomi Biden celebrated the better-than-expected performance of Democrats in Tuesday’s midterm elections by lauding her grandfather Joe Biden for presiding over the party’s success.

Her message was that the president should never be underestimated and has a history of triumphs against the odds.

In a tweet posted on Wednesday morning, Ms Biden, 28, soon to celebrate her wedding at the White House, retweeted an extensive thread about her grandfather’s extensive and successful career in politics.

“Doubt him, then watch him,” the original post begins. “He’s been defeating the odds his entire life.”

In her new tweet, Ms Biden added: “Every time.”

Her original post, complete with images of new clippings, details his election to the Senate in 1972, the personal and professional challenges he overcame, and how he fought for the most vulnerable.

“In 1972, it was impossible for a 29 yr old to unseat a republican senator who had served in office longer than anyone in Delaware history w/o interruption,” she wrote. “No one has ever become a dollar richer because they bet against @joebiden.”

Ms Biden continued: “And once in the Senate, @JoeBiden continued to fight…(4/∞). For his family; for his life; for the most vulnerable; cc: @GOP; for all of us. When the stakes were the highest and the opposition was the strongest. cc: @NRA.”

The attached newspaper clippings depict his electoral success; the tragic death of his wife and daughter and the injury of his sons; his own medical problems; and his legislative work against domestic violence and assault weapons.

On 9 November 2020 — exactly two years ago — Ms Biden added to the original thread with an image of the front page of The Atlanta Journal-Consitution, showing then President-elect Joe Biden and Vice President-elect Kamala Harris celebrating their election victory.

Ms Biden is the daughter of Joe Biden’s younger son Hunter Biden and his first wife Kathleen. She has two sisters and two half-siblings.

Later this month, Ms Biden will be marrying her fiancé Peter Neal on the South Lawn of the White House, with a reception afterward at the executive mansion.

The couple are both law school graduates and met in New York City.