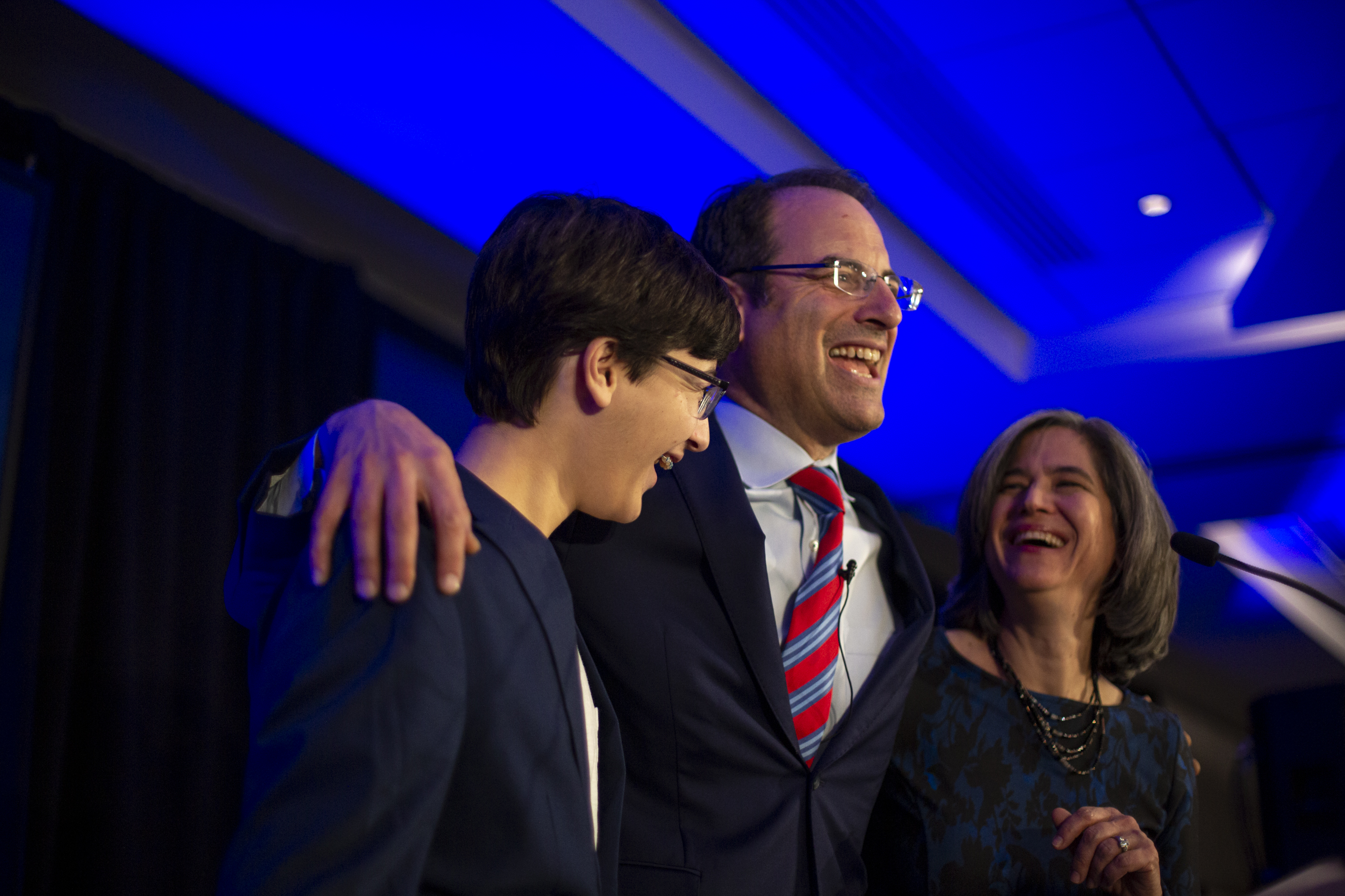 Kellner conceded at about 9 p.m. when Weiser was leading with 55% of the vote to Kellner’s 43%.

“I wished (Weiser) the best of luck, because his success is the success of our state as well,” Kellner said in a speech at the Colorado GOP watch party in Greenwood Village.

Kellner said he felt like his campaign highlighted the crime issues facing Colorado and prompted Democratic Gov. Jared Polis to push for a chance to the state’s auto theft laws.

“I do believe we’ve changed the trajectory of our state in a much much better way,” Kellner said.

Weiser thanked Kellner in a victory speech in which he discussed threats to democracy.

“We are one generation from surviving a holocaust to standing before you as Colorado attorney general,” he said at the Colorado Democratic Party’s watch party in downtown Denver. “We know that our democracy is facing great strains. And in Colorado we can — and we must — be a beacon for our nation.”

Republicans hoped Kellner would be able to beat Weiser by sticking to a message focused on rising crime in Colorado, even though the attorney general has limited jurisdiction over criminal matters. Weiser’s victory continues his trajectory as a rising Democratic star in Colorado.

The race between Kellner and Weiser was sometimes contentious, especially when the two candidates tangled on abortion access and fentanyl overdose deaths.

Kellner often attacked Weiser over criminal enforcement matters. Weiser criticized Kellner’s endorsement by the National Rifle Association and his support of the U.S. Supreme Court’s decision earlier this year to overturn Roe v. Wade, the 1973 precedent guaranteeing a minimal level of abortion access across the country.

Weiser spent nearly $4.3 million in his reelection bid, raising nearly $4.7 million for the contest through Oct. 26. Kellner struggled to raise money after entering the contest in late January, raising only about $350,000 through late October.

Much of Weiser’s spending went toward TV advertising. Democratic outside groups spent nearly $3 million on the contest in support of Weiser, compared with $1.7 million spent by Republican outside groups.

Democratic groups painted Kellner as someone who would work against abortion rights, though in debates he vowed to uphold a new state law guaranteeing those rights.

Republican groups criticized Weiser for his role as chair of the Attorney General Alliance, which includes 48 state attorneys general. The group held its 2021 meeting in Maui and is sponsored by several corporations being sued by Weiser and other attorneys general. A campaign finance complaint filed against Weiser in connection with that meeting, however, was dismissed.