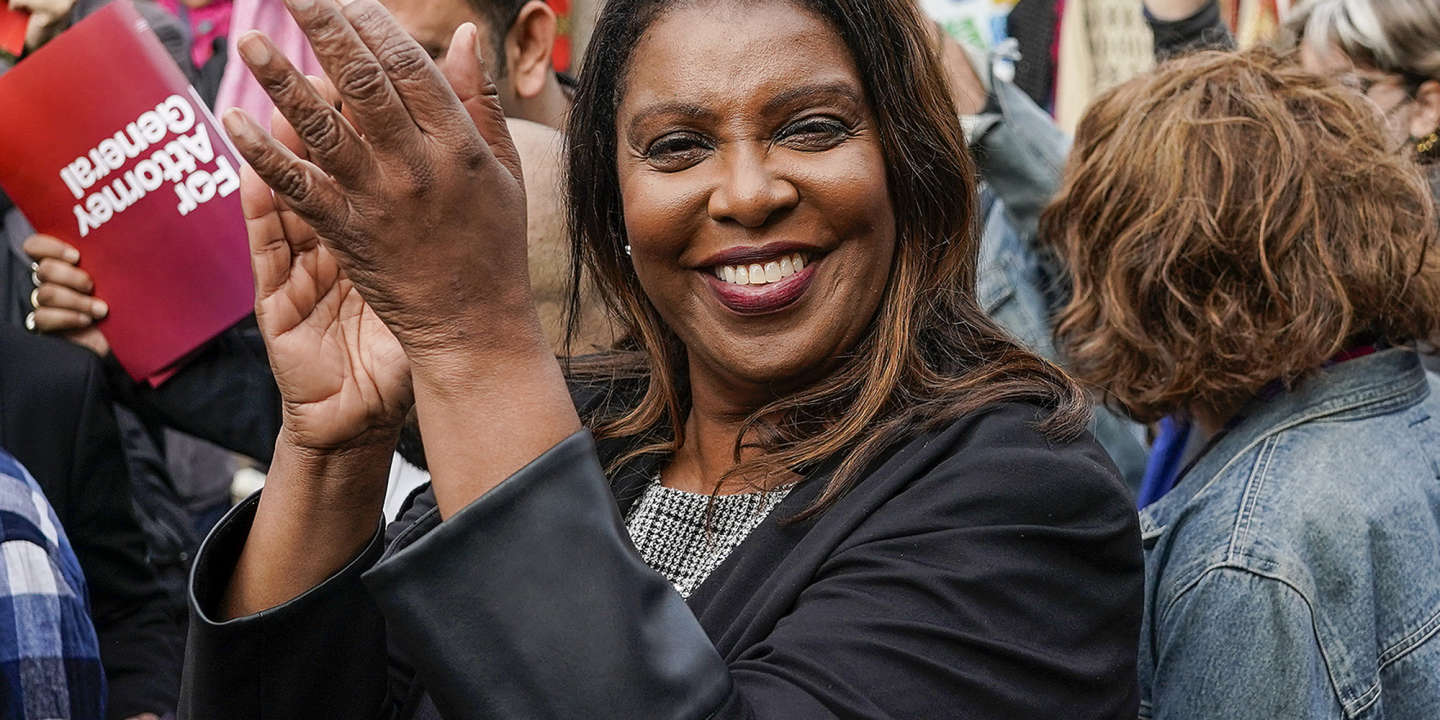 Democrat Letitia James has been elected to a second term as New York’s attorney general, an office she has used to pursue former President Donald Trump and a list of other powerful targets.

Ms. James on Tuesday, November 8, defeated Republican Michael Henry, a Queens lawyer who was endorsed by various police unions but faced long odds against one of the state’s most powerful Democrats.

“We sent a message, a shot across the bow to the most powerful companies and people who believe that they’re above the law that they are not, and that this Attorney General will hold them accountable,” Ms. James told supporters. “We show them that justice is not a theoretical concept to be pursued but a reality to be enforced.”

New York, it has been the honor of a lifetime to serve as your Attorney General, and I am proud that you re-elected… https://t.co/U5KfUE0gk9

Mr. Henry did not make any comment, but on Twitter he retweeted a tweet from his spokesperson, Candace Giove, who said, “The chief law enforcement official of NY really should wait until the votes are counted before declaring victory.”

She began investigating Mr. Trump almost as soon as she took office, suing the Republican in September alleging he and his company misled banks and others about the value of his assets.

Other foes have included the National Rifle Association – whom she is suing over alleged self-dealing by executives; the manufacturers and distributors of opioid painkillers; the Roman Catholic Church, which her office is investigating for its handling of priest abuse; and the NYPD, which she sued over its treatment of protesters in the wake of the Minneapolis police killing of George Floyd.

Like many New York Republicans this year, Mr. Henry has campaigned on fears of rising crime and unwavering support for law enforcement. He favors loosening gun restrictions and less regulation of businesses.

Mr. Henry said Ms. James’ office “has been weaponized in service of political ambition.” He has criticized her for going after Trump and for involving herself in the Cuomo investigation when she had designs on possibly replacing him as governor. Ms. James did briefly run for governor last year following Mr. Cuomo’s resignation, but abandoned the effort after about two months.

When Mr. Trump was president, Ms. James sued his administration dozens of times, challenging policies on the environment, immigration, education, health care and other issues. She also fought Mr. Trump on his plans to include a question about immigration status on the Census, winning in the US Supreme Court.

Mr. Trump has repeatedly blasted Ms. James’ actions against him, saying she’s driven by “racism” and political considerations. Before she won her office in 2018, Ms. James had called Mr. Trump a “con man,” ″carnival barker” and “fear monger.”

After a leak of the Supreme Court decision overturning Roe v. Wade, Ms. James vowed to use her office to protect abortion rights in the state. Ms. James, who grew up and still lives in Brooklyn, also made a deeply personal disclosure, saying that she had an abortion about two decades ago.