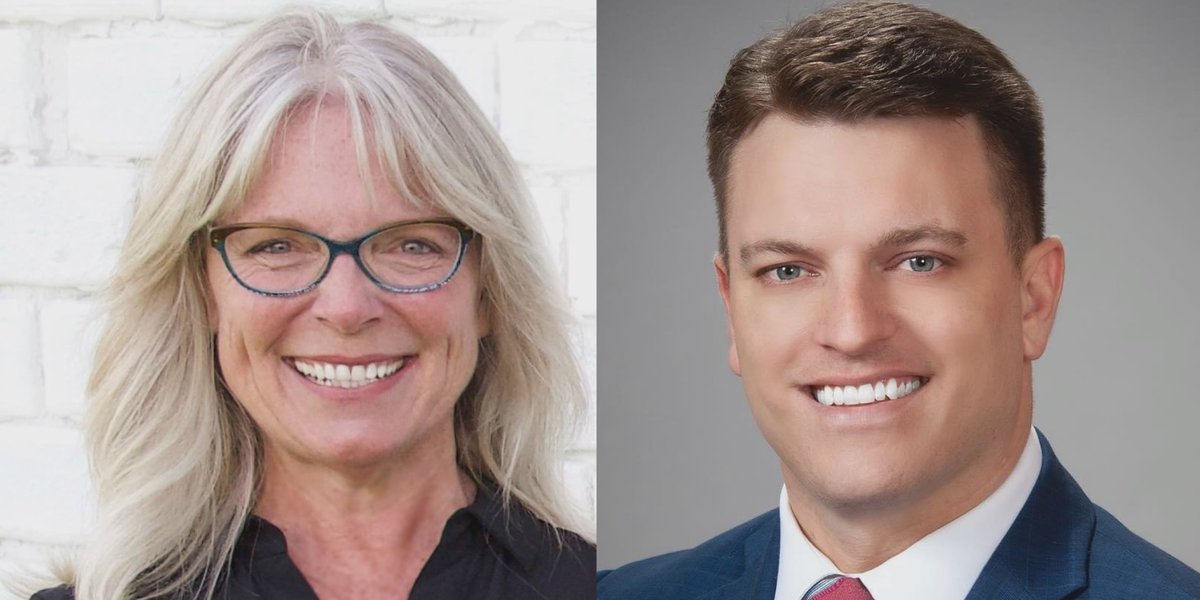 WTAP spoke to both candidates on their goals if elected.

Edwards has been in office for about six years now. He says, if he is elected again, his major focuses will be on education, economic development, and mental health.

“I think education, you know, it’s the chicken or egg argument. You gotta have people before you can get jobs and work on the mental health side of things,” he said.

Edwards pointed to the millions of dollars he and other legislators put towards mental health centers, saying that he plans on continuing that work

“We’ve had a ton of success and we will continue to work on and the job’s not done until it’s done,” he said.

When it comes to education, Edwards wants to adjust how schools are funded. That means getting away from the property tax model.

“People, particularly retirees on fixed income, should be able to live in their house without being priced out of the market because a tax levy passes,” he said.

Jay Edwards is one of the leaders of the Appalachian Rural School Bill, which he says allows school buildings to be built while reducing property tax bases on constituents. If it doesn’t pass in this cycle, Edwards says he plans on fighting for it in next year’s budget cycle.

Tanya Conrath is new to the political scene. She once practiced law and has worked with multiple initiatives that focus on growing businesses and workforces through her career.

“My entire career since having kids has been focused on bringing resources to our area, helping small businesses, looking at our post-secondary workforce or workforce education providers and figuring out how we align…,” she said.

Conrath says, if she’s elected into office, her main focus would be the economy. That encompasses broadband, education, jobs, and more.

“People travel long distances in our area for jobs. We need good jobs that are close by, we need the infrastructure there to support those jobs, and that’s what I’ll be working on,” she said.

Conrath emphasizes investing in schools with funding and staffing.

“…, plus counselors, plus therapists, speech therapists…you know, we need all these different resources to wrap around teachers and students. Teachers cannot be expected to be mental health counselors, as well as do their job which is to teach the kids,” she said.

When it comes to abortion, Conrath is pro-choice.

“The idea that the government and that the legislatures in Columbus, that Jay Edwards, would have any say over my healthcare and my choices and those choices that my sisters and my nieces and my mother make…it’s draconian,” she said.

Edwards, on the other hand, is pro-life. He says he wants to make sure babies are taken care of once they’re born.

“I get on my republican counterparts in Columbus quite a bit for generally only caring about a baby when they’re in the womb. We’ve got to do a better job of caring about the child after,” he said.

Edwards says this could mean potentially reducing taxes on baby items, reducing the burden on foster parents, among other measures.

When it comes to gun policy, Edwards says he’s a firm believer in the second amendment. He co-sponsored House Bill 62 in 2021, which would make Ohio a Second Amendment Sanctuary State. The bill was referred to committee in February of 2021 and, so far, has not officially progressed further.

Edwards says he is potentially also looking at ways to crack down on employers who are knowingly hiring illegal immigrants.

He also wants to lower income tax and property tax.

Below is an overview of candidates’ background, according to the candidates…