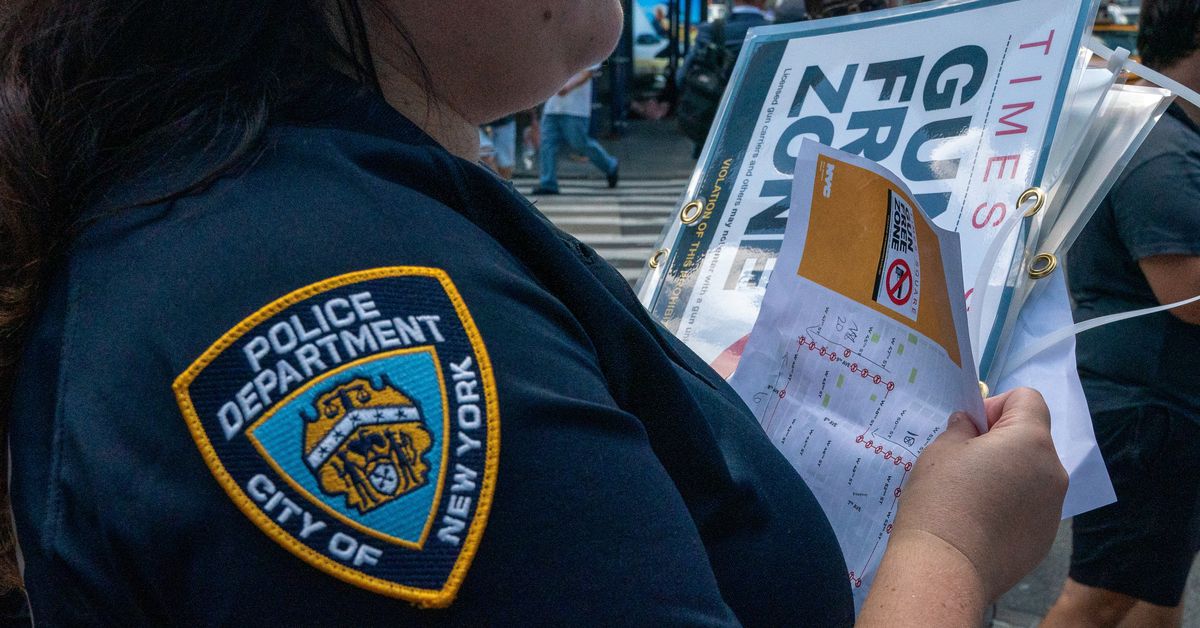 NEW YORK, Nov 7 (Reuters) – A federal judge in New York temporarily suspended many parts of the state’s new gun restrictions on Monday to allow members of a gun-owners’ rights group to continue their lawsuit challenging the new law as unconstitutional.

Judge Glenn Suddaby of the U.S. District Court in Syracuse agreed to issue the order at the request of six New York residents who are members of Gun Owners of America, which competes with the National Rifle Association in political influence.

In his order, he said New York officials could not compel people applying for a gun license to disclose a list of everyone they live with or the handles of their social media accounts, major provisions of the Concealed Carry Improvement Act which took effect on Sept. 1.

He also sharply pared back New York’s new list of “sensitive places” where it is a new felony crime to possess a gun even with a license, writing that the state could not ban guns in theaters, bars, parks, airports and other public places.