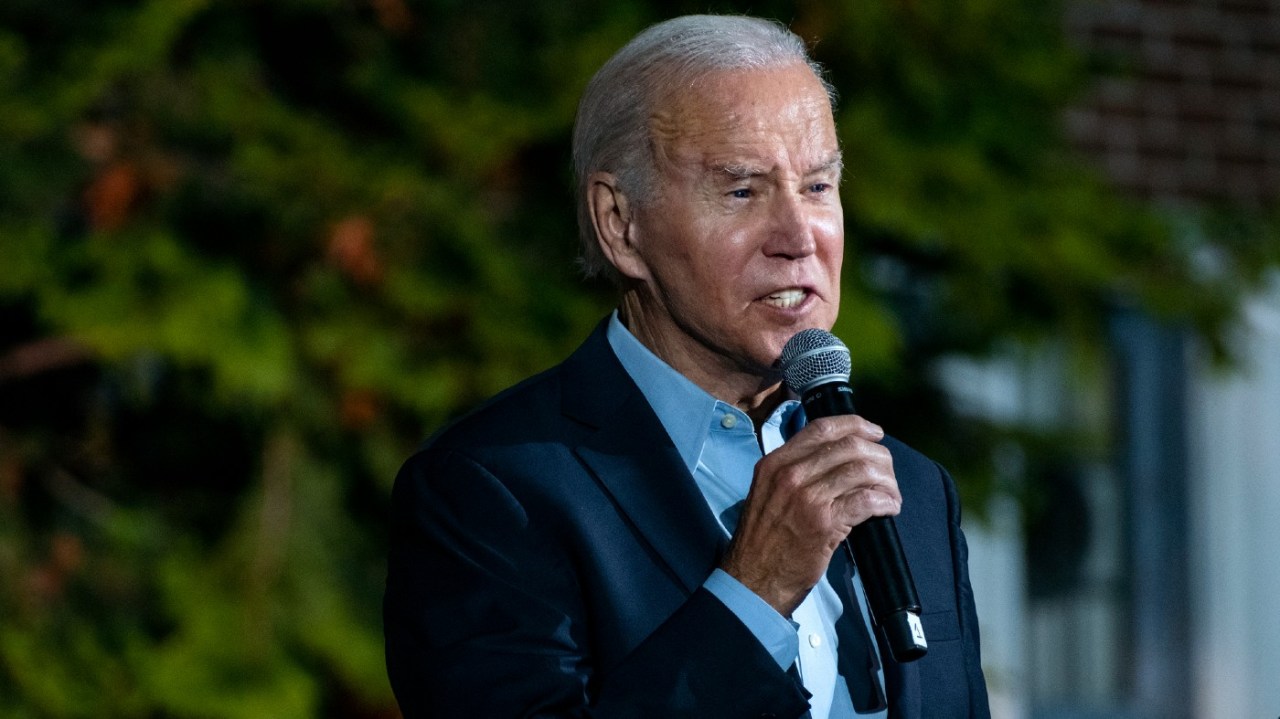 President Biden on Sunday sought to give a last minute boost to New York Gov. Kathy Hochul (D) in her re-election bid, hitting Rep. Lee Zeldin (R) for opposing funding for more police officers as crime has become a central issue in the campaign.

“Folks, Gov. Hochul’s opponent talks a good game on crime. But it’s all talk,” Biden said at a campaign event in Yonkers, N.Y.

Biden hit Zeldin, who served in Congress since 2015, for opposing the American Rescue Plan, legislation passed by Democrats in 2021 that included billions of dollars in funding for state and local governments to hire more police officers and invest in community programs intended to reduce violence.

“Gov. Hochul’s opponent had a choice: He could keep cops on the job or he could cave to Republican leaders,” Biden said. “I’ll give you one guess what he did. He caved. He voted against keeping cops on the beat, decided to play politics instead.”

Biden contrasted Zeldin’s vote on that legislation with his own record since taking office, noting that he has rejected calls from some progressives to defund the police. The president also signed a bipartisan bill earlier this year that sought to strengthen gun laws in response to multiple mass shootings, including one in Buffalo, N.Y.

Biden visited the site of the Buffalo shooting in May alongside Hochul to pay respects to the families of the 10 victims.

The president also criticized Zeldin for opposing a ban on assault weapons, something Biden himself has pledged to do in the new Congress despite likely not having the votes.

“If a politician won’t stand up to his party’s leaders to keep cops on the beat and won’t stand up to the [National Rifle Association] and get assault weapons off the street, do you really think he’s going to take and help your families keep safe?,” Biden said.

Crime has taken an outsize role in the New York gubernatorial race, with Zeldin capitalizing on citizens’ concerns about high-profile murders that have taken place in New York City in particular, even as statistics have indicated major crimes are not significantly higher than recent years.

A Quinnipiac University poll conducted in mid-October found Hochul leading Zeldin by four points. When asked to point to the most pressing issue facing voters in New York, 28 percent said it was crime, the most of any issue. Inflation came in second at 20 percent.

Chuck Haga: Thanksgiving’s over. Now let’s get to work on changing the world
Speak Out reader opinion: Another shooting, when will we get rid of the guns?
GOP doesn’t want Trump in Georgia before runoff — but he’ll go anyway if DeSantis does: report
Solo Overnight Building a Tree Fort with Fireplace in The Snow and Ribeye Cooked Over a Chimney
(Video) Iran uprising continues as UN holds special session on human rights violations