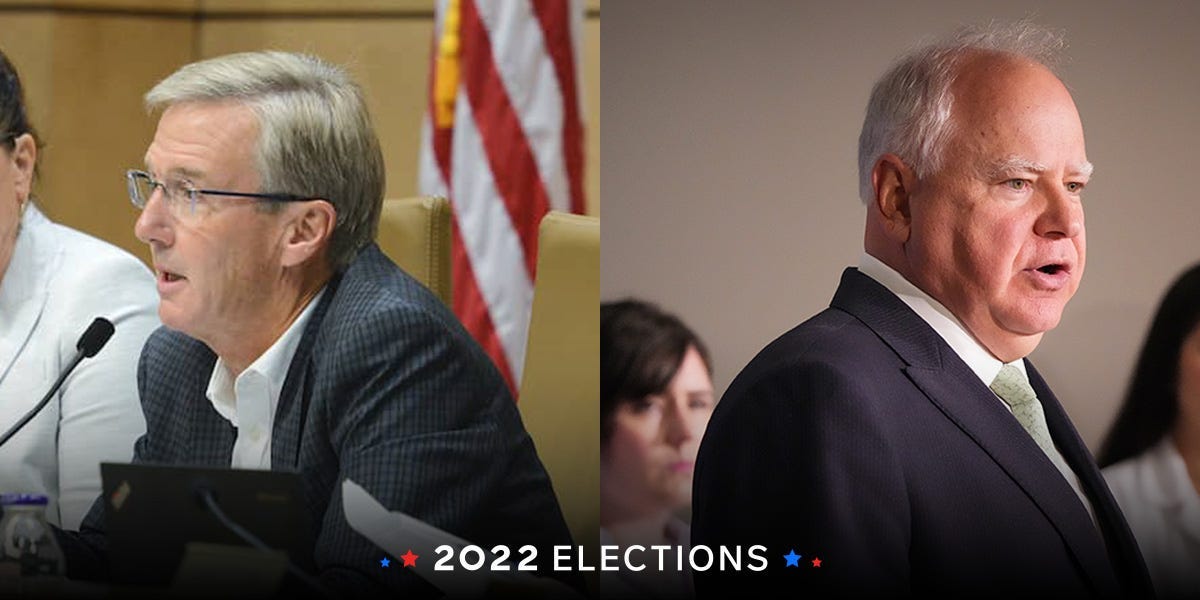 Top editors give you the stories you want — delivered right to your inbox each weekday.
Thanks for signing up!
Access your favorite topics in a personalized feed while you’re on the go.

Walz is the governor of Minnesota and was elected in 2018. Prior to being elected, Walz represented Minnesota’s 1st Congressional District for six terms, from 2007 to 2019. This district, situated in a rural and mostly conservative part of Minnesota, was one of 13 Democratic-held House districts that former President Donald Trump won in the 2016 presidential election.

Walz, who touted middle-of-the-road politics and boasted an “A” rating from the National Rifle Association for each of his five successful reelection campaigns, now has an “F” rating from the NRA. Prior to running for governor, Walz had been a consistent supporter of gun rights, but his current tone on guns is decidedly different: he supports gun control and enhanced background checks for gun purchases.

As a congressman, Walz served as the ranking member of the House Committee on Veterans’ Affairs. He also introduced the Stop Trading on Congressional Knowledge (STOCK) Act, a bill that sought to limit congressional insider trading. On March 22, 2012, then-President Barack Obama signed the bill into law. The bill had strong bipartisan support in both the House and the Senate, but as Insider has reported, is now frequently violated by members of Congress, and some federal lawmakers want to ban congressional stock trading altogether.

Jensen, Walz’s challenger, is a physician and former state senator. In 2016, he was named the Minnesota Family Physician of the Year.

Born and raised in Sleepy Eye, Minnesota, Jensen represented Senate District 47 from 2017 to 2021. As a state senator, he took the lead on an insulin affordability bill that passed with bipartisan support. Prior to being elected state senator, Jensen served for nine years on the Waconia School Board.

The physician-turned-political candidate saw his national profile rise when he shared unconventional views on the coronavirus pandemic and the vaccine. The state’s pandemic response has become one of the main issues in this election cycle, with Jensen being a harsh critic of Walz’s performance.

Jensen handily defeated his GOP opponents in a three-way primary, clinching over 90% of the vote.

Joe Biden defeated Trump by a 7-percentage-point margin in 2020. The state has voted exclusively Democratic in every presidential election since 1976, last voting Republican during Richard Nixon’s landslide victory in 1972.