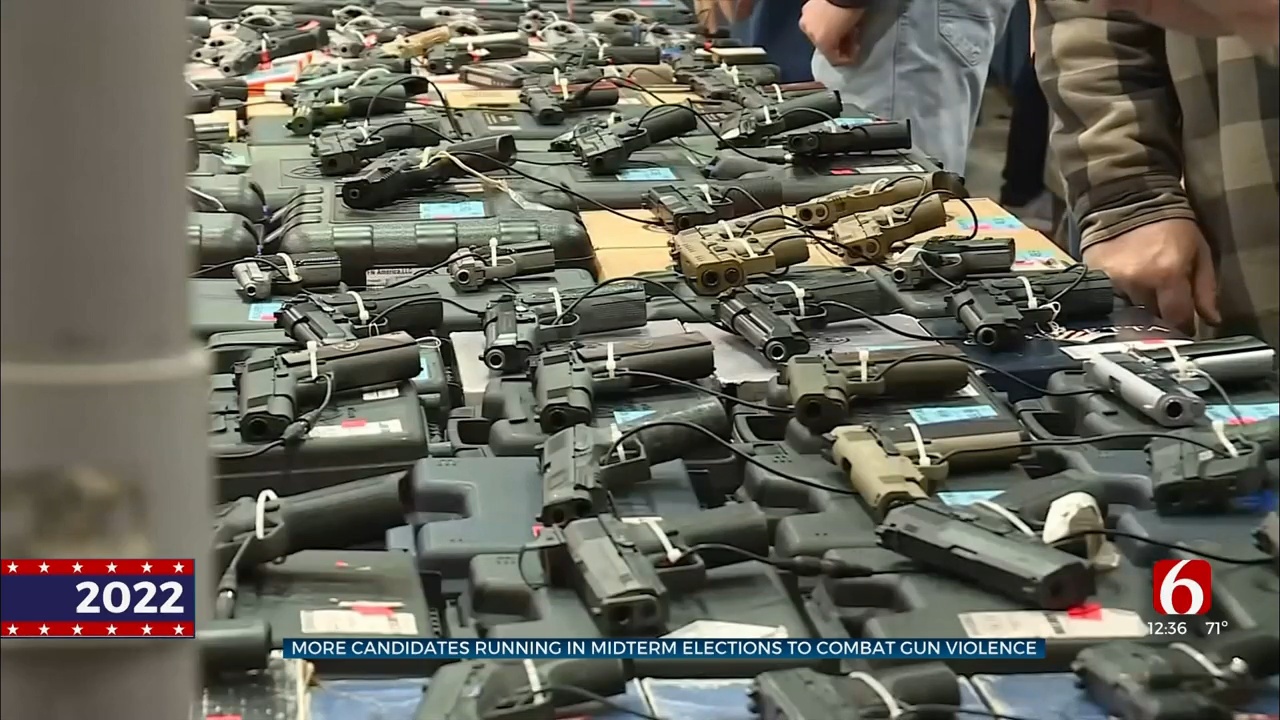 From a Congressional race in South Carolina to a state house seat in Colorado, those personally impacted by gun violence are on the ballot this November.

The gun safety group “Moms Demand Action” has been helping to build a pipeline of advocates turned candidates.

“We now have 200 volunteers running up and down the ballot all across the country for all levels of government,” said Moms Demand Action founder Shannon Watts. “You know, the saying goes, if you don’t have a seat at the table, you’re probably on the menu,” she continued.

Ahead of the midterms, everyday gun violence has made crime an election day issue.

“It’s out of control,” said Eric Hall who lives near Baltimore, Maryland. “I’m not against owning and bearing arms. I’m not against it, but I feel that it might need more, stronger policies, more background checks.”

Cheryl Lonchas of Catonsville, Maryland, also cites crime as a concern but feels tougher gun legislation is not the solution. “I think there’s plenty, plenty, plenty of gun laws already; they just need to be effective,” said Lonchas who said she’d like to see greater enforcement of the current laws.

Alston believes greater intervention is needed to help youth and adults before they turn to violence. “I don’t care who’s in office; it’s not going to change until we fix the root causes of crime,” she said.