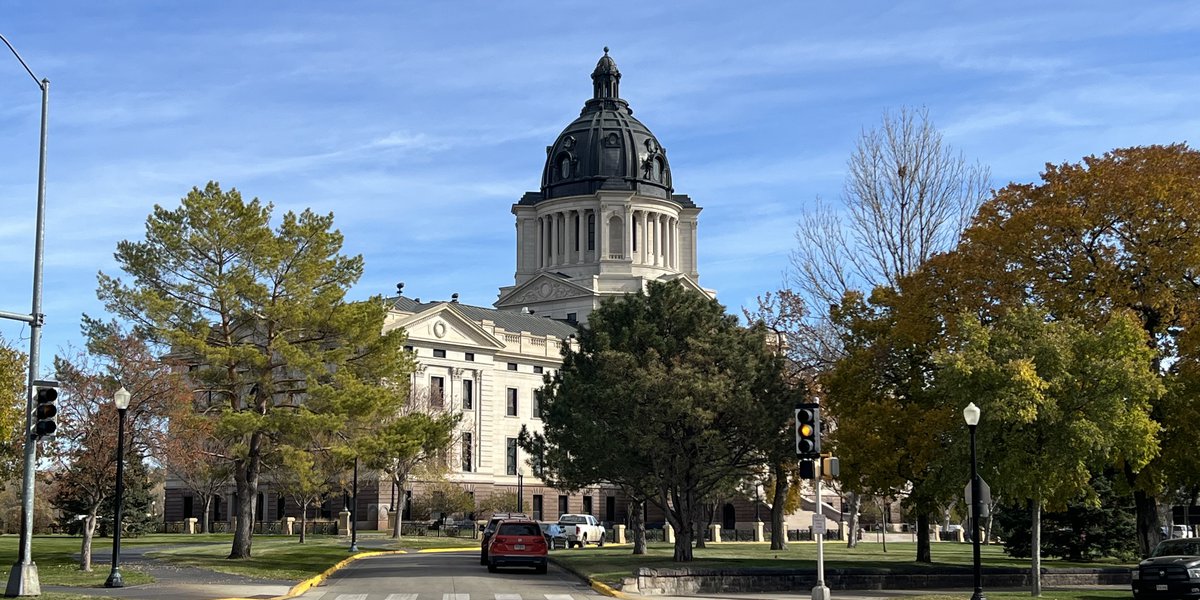 CANTON, S.D. (Dakota News Now) – Kevin Jensen is running for re-election to the South Dakota State House in District 16. The district includes portions of Lincoln and Union counties, and has the communities of Beresford, Lennox, and Canton within its boundaries. Jensen is seeking re-election, while running alongside Republican newcomer Karla Lems. They will face one Democrat in the general election, Matt Ness.

I have lived in rural Lincoln County since 1987. I am married to my best friend Darcy. We are both self employed. We have 3 sons, 3 daughters in law and 6 grandchildren. We are former 4-H leaders and continue to support 4-H and FFA through our grandkids. I am a certified Enhanced Concealed Permit Instructor and an NRA Life member. I am finishing my third term and running for a fourth. I have been Majority Whip and the Chairman of the Health and Human Services committee for the past 4 years.

2. What prompted you to run for re-election?

I am running for a forth term because there is never enough time to complete the work you plan on when you run the first time. The first term is a learning process. The second term you learn the ropes. By the third term you know how to get things done and in the fourth you get things done; experience matters. We have many challenges ahead of us and now is not the time to give up. Our state economy is strong but not infallible. We have infrastructure in the counties that are in desperate need of help. We MUST protect the conservative values that keep us a great state but those values are fading among many young people.

3. What public policies are you passionate about? What would your policy priorities be in Pierre?

We need to return to an education system that keeps us moving forward – we seem to be losing ground. We have a Constitution and we need to adhere to it. Freedom is not free; we need to protect our state from the liberal ideology that has other states in disarray. The second amendment protects all the other amendments and I will never give up on the solid ground we have established here. As Chair the HHS committee I am concerned about how we pay for Medicaid expansion. I am concerned about the recent statistics on COVID ‘vaccines’ and recent medical findings indicating unnecessary health risks. I am concerned about the inability of nursing homes to stay open because of low reimbursement rates. There are far too many challenges to list in this space.

4. Cutting the grocery tax has become central to this election cycle. Do you think that the legislature should cut the grocery tax next legislative session? Is there any taxes you would cut instead, or in addition to?

I voted 3 times to reduce taxes. One bill reduced the extra half-cent sales tax. Another bill phased out the half-cent tax over a period of time. I supported and voted for removing the sales tax on food. It is the most regressive tax we have and those with the least income pay a higher percentage of their income than the rest of us. The problem we may face is the passing of Amendment D. The state has to come up with 42 cents of every Medicaid dollar spent. Can we do that AND remove the tax on food? I am not sure. The worst scenario would be to remove the food tax and in 2 years have to reestablish the tax.

5. The Supreme Court overturned Roe v. Wade earlier in the year. South Dakota currently has a law that prevents abortion almost completely outright. Are there any exceptions you would like to see the legislature enact? What other laws would you like to see passed to support mothers and families?

I am 100% pro-life. We have to remember that abortions were not made illegal by the SCOTUS decision; it merely gave that responsibility back to the states. We already have protections to save lives; let’s see how it unfolds as is. I agree with the decision and I will carefully weigh any proposals brought to the legislature but at this point I see no compelling reason the change our law.

6. Recreational marijuana is on the ballot in November. If it passes, would you commit to legalizing it?

I have been and continue to be opposed to legalizing marijuana and will NOT vote for it. There are known facts that the industry does not want you to know. While the marijuana of the 60s and 70s contained about 6% THC, the new vape products and edibles can reach over 90%. Children have died form consuming too much of the candy-type edible products. Sure, the parent is at fault but by default the parent was a drug user to start with and possibly under the influence. Other states have warned us that 1) for every dollar collected in taxes they spent four dollars on increased social and law enforcement issues. 2) The drug cartels can now operate freely in the background selling similar product that is untaxed and with unregulated content. 3) Recent medical research is proving pot is harmful to brain development in those under 25, it increases depression and mental disorders including suicide. 4) By federal law you cannot use pot and own a gun. FACTS matter.

7. What is the most important quality for an elected official to possess?

Integrity. Integrity starts with honesty. We are a representative republic, not a democracy. In our form of government, the majority elects the person they believe will represent their best interests. A good leader operates within their own core beliefs and principles and does not fall prey to the ‘squeaky wheel,’ promises, or the money. With me, I am who I am. When I leave office I want a clear conscience.

8. Who do you take inspiration from, and why?

First, my inspiration comes from my faith. At 59 years of age I went back to school and entered Sioux Falls Seminary. In April of 2020, seven years later, I graduated with my M.DIV. Second, it comes from my wife and family. When I am facing difficult decisions, they keep me grounded. I could not do this without them.

State legislative candidates in contested districts this election season were emailed the same survey to complete for Dakota News Now/KOTA Territory News. With the exception of a quick spelling and grammar check, answers were not edited by the poster. Those who responded to the survey questions had their results posted.