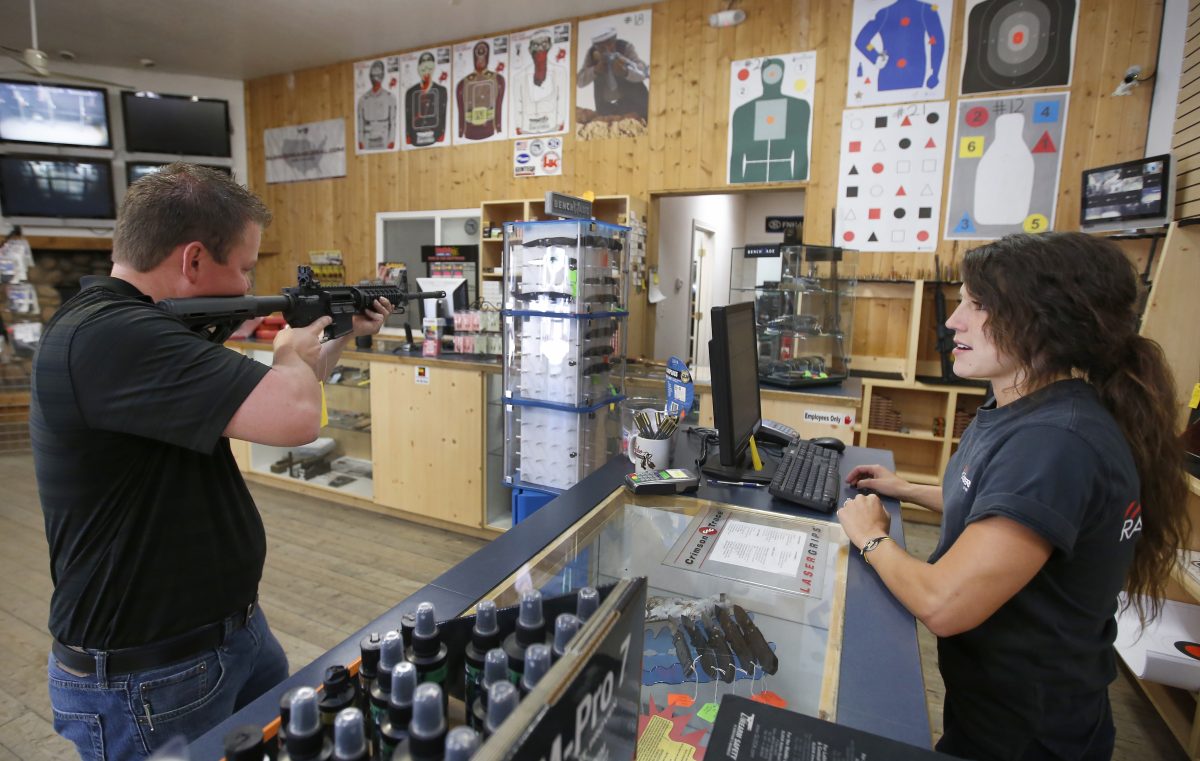 If voters approve a pending ballot measure, Oregon would have the strictest gun laws in the nation—which opponents claim would virtually end the legal sale of firearms in the state.

The “Reduction of Gun Violence Act” (Measure 114) would require a permit to obtain any type of firearm.

Magazines capable of holding more than 10 rounds would be outlawed. Commonly used pump shotguns would be banned. And state police would be required to maintain an electronically searchable, publicly available database of all permit applications.

Backers of the measure, including a coalition of faith-based leaders and Ceasefire Oregon, say the new restrictions would help prevent guns from getting into the wrong hands, as well as reduce gun homicides, suicides, and trafficking.

The ballot measure is currently polling at 51 percent.

But opponents say the measure was poorly written and the explanatory language in the voters’ pamphlet was misleading.

They argue that the measure would create a bureaucratic nightmare that would only impact law-abiding gun owners, be impossible to comply with, violate the Second Amendment, and put an onerous burden on law enforcement.

And, though the pamphlet says the “financial impact is ‘indeterminate,” opponents claim it would cost taxpayers hundreds of millions of dollars.

“The main problem with the ‘Reduction of Gun Violence Act’ is it doesn’t address violent crime,” Aiobheann Cline, National Rifle Association of Oregon state director wrote. “That’s because it ignores criminals who break the law and instead penalizes law-abiding citizens.”

“The law fails to mandate sentences for gun-related criminals or put an end to the soft-on-crime policies that have made many Oregon cities into nightmares,” she added.

The measure would enact a law that requires a permit issued by a local law enforcement agency in order to purchase any type of firearm. Applicants would have to pay a fee, be fingerprinted, complete safety training, and pass a criminal background check.

“This measure will require law enforcement agencies to create and operate a massive permit-to-purchase and training program out of local budgets,” explained OSSA president and Deschutes County Sheriff Shane Nelson in a video message shared on social media.

“It will move very scarce resources away from protecting our communities to doing background checks and issuing permits at a time when crime is skyrocketing and law enforcement numbers are at their lowest in decades.”

Leonard Williamson, an Oregon trial attorney who specializes in firearms law and who served on the explanatory statement committee shares OSSA’s concerns.

“In order to obtain the permit, an applicant would have to show up with a firearm to demonstrate the ability to load, fire, unload, and store the firearm,” he told The Epoch Times.

“But you can’t get a firearm without the permit. And under Oregon’s highly restrictive gun storage laws, no one can legally loan a firearm to another. That creates an impassable barrier.”

The permit and training programs also create an unfunded mandate with no enforcement measures, opponents claim.

“The measure calls upon the Oregon State Police to come up with these [permitting and training] programs, but there’s no consequence if they don’t and there’s no timeframe for coming up with them,” explained H.K. Kahng, an engineer and NRA firearms instructor.

Amy Patrick, the policy director for the Oregon Hunters Association, told The Epoch Times that it will take at least two years to set up the permitting system.

“In the meantime, federal, firearm license, gun sales would cease until purchase permits could be issued, potentially putting gun shops out of business,” she claims.

In Oregon, the sporting arms and ammunition industry is responsible for 3,668 jobs with an average wage of $59,541 and total economic contribution to the state of $1.78 billion annually, Michael Findlay, the National Shooting Sports Foundation’s director of government affairs told The Epoch Times.

Loss of that revenue could have a devastating impact on fish and wildlife conservation funding through the Pittman-Robertson Act.

Enacted in 1937, that act collects an 11 percent federal excise tax on all firearms, ammunition, and archery equipment. Those funds are then remitted to states.

Oregon is among the top 10 recipients of those funds.

“Pittman-Robertson funding brought $44 million to Oregon Department of Fish and Wildlife in the last biennium,” Patrick explained. “Those funds are specifically used for fish and wildlife conservation.”

A record setting high of more than $1 billion was collected in the past year and has yet to be distributed to the states, Findlay added.

Those economic contributions to the state budget would cease unless a court grants a legal injunction.

“I don’t think you’ll find any precedent in U.S. history in which a citizen has to go through so many hoops to exercise Constitutional rights,” Williamson said. “This is the first of its kind and, if it passes, it will wind up in court.”

Taxpayers will pay for the litigation.

“Unless the Oregon Attorney General’s Office argues that the measure is constitutional, they would be required to defend any legal challenge to the measure at taxpayer expense,” said Williamson.

The June 23, 2022, Supreme Court ruling in New York State Rifle and Pistol Association v. Bruen held that rights of law-abiding American citizens to keep and bear “common firearms” in public are protected by the Second Amendment, he added.

“The firearms and magazines impacted by the Oregon measure are all ‘common firearms,’” Williamson explained.

Though Williamson said it is impossible to anticipate the cost to taxpayers to litigate the measure, the Bruen case took five years.

The costs could easily run into the millions, he said.

As founding editor of GeoIntelligence and Geospatial Solutions and editor in chief of GPS World, Scottie Barnes has examined the implications of public policy and emerging technologies on areas ranging from homeland security and national defense to forestry and urban planning. She now provides breaking news and investigative reporting from the Pacific Northwest for readers of The Epoch Times.