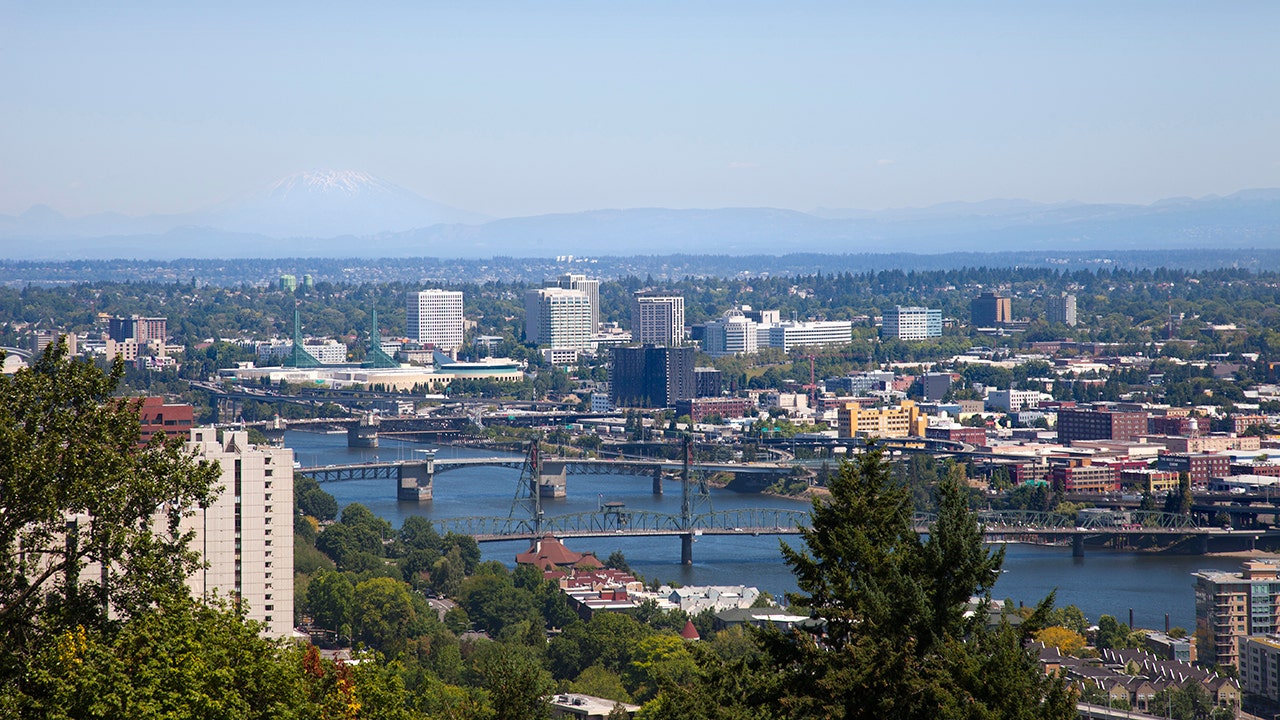 Amid an unprecedented spike in violent crime in Portland, Oregon, voters will be deciding this election if stronger gun control is the answer.

Ballot Measure 114 would add Oregon to the list of 14 states that currently require people to obtain a permit before buying a gun. However, Oregon’s law would be the only one that mandates a live-fire safety class approved by the state police and administered by local law enforcement.

“It is impossible for us to do what they’re asking us to do,” said Sheriff Brad Lohrey of Oregon’s Sherman County.

With just six people in the whole Sheriff’s Department in rural Eastern Oregon, Lohrey says he does not have a state-approved gun range nor the personnel to give a live fire training course to anyone who wants to buy a gun. He is far from alone.

WILL THE ISSUE OF GUN CONTROL, VIOLENCE AFFECT THE 2022 MIDTERM ELECTIONS?Vo

Voters in Oregon will see Measure 114 on their ballots this fall.
(Bernard Friel/Education Images/Universal Images Group)

The Oregon State Sheriff’s Association opposes Measure 114, citing the burden it would place on financially-strapped law enforcement agencies. Officials say it would delay law-abiding citizens from being able to purchase guns by months or even longer.

However, the Oregon Firearms Federation has several other objections to the ballot measure, including the creation of a gun registry that would make public the personal information of everyone who applies for a permit to purchase.

“The measure is designed to absolutely guarantee that people will not have the means to protect themselves and to dox anybody who attempts to comply with the permit process,” said Kevin Starrett, director of the Oregon Firearms Federation.

Measure 114 is getting national attention from gun control groups and politicians trying to build on the first new federal gun safety legislation passed in decades earlier this year.

The Safer Communities Act includes incentives for states to pass so-called red flag laws, which allow law enforcement to take guns from people who are deemed by a judge to be a threat to themselves or others. Act Blue recently held a one-day on-line fundraiser called NR8, because it is supporting seven pro-gun control candidates and Measure 114.

In a Twitter posting featuring Connecticut Democratic Senator Chris Murphy and California’s Democratic Governor Gavin Newsom, Murphy urged passage of 114 saying, “if we win we can keep the NRA (National Rifle Association) on the run.”

The group that spearheaded Measure 114 is Lift Every Voice Oregon. Leaders tried to get the endorsement of the Oregon State Democratic Party, but failed. Many Democratic Party leaders and workers apparently oppose the measure fearing it would lead to the mass incarceration of racial minorities.

If passed, the law would cap magazines at 10 rounds and make gun owners prove weapons capable of holding more were bought before the law was enacted. Graham Parks is an Oregon State Democratic Party Central Committee member in Multnomah County.

“That (Measure 114) is in effect a hunting license for police to search for things, to arrest people who have them, to put them through the court system,” Parks said. The State Democratic Party sought information on the racial and ethnic impacts of Measure 114, but none were provided.

Parks did his own research looking at what happened in Massachusetts when the state passed a ban on large capacity magazines. One study found Blacks and Latinos were much more likely to be arrested for violating the new law than Whites.

Backers of 114 insist those concerns are overblown. John Hummell is the Deschuttes County District Attorney. He argues requiring firearms proficiency is no different from requiring new drivers demonstrate they can safely operate a car.

“This is about Oregonians, regular Oregonians coming together, not the political elite,” said Hummell. “This is a grassroots effort people rising up and saying we’re tired of all our neighbors getting shot and killed.”

Portland set a record for homicides in 2021 with 92 and is on pace to surpass that total this year. Portland’s murder rate jumped 241% from 2019 to 2021. So far this year there have been more than 1,000 shooting incidents in Oregon’s biggest city.

Critics of Measure 114 argue the lawlessness is the very reason people should be able to buy a gun in order to protect themselves, especially in light of police defunding which has driven up response times in critical incidents.