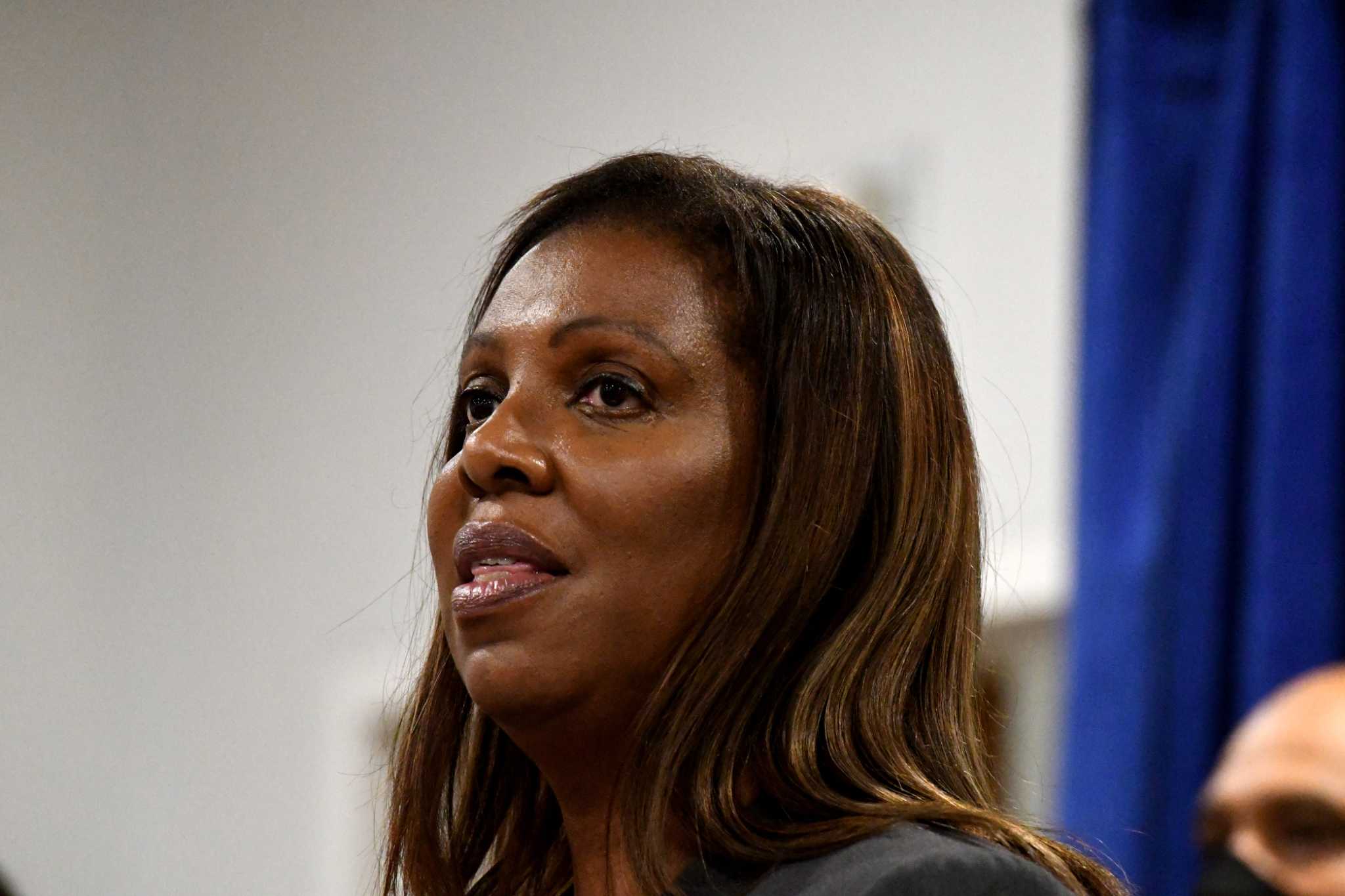 ALBANY — In the backdrop of a midterm election dominated by a contentious gubernatorial race and a battle for Congress, state Attorney General Letitia James is facing her first reelection challenge after she had briefly pursued but then abruptly bowed out of a run for governor.

Elections for attorneys general are not typically as fraught as those for governor. But even by that yardstick, this year’s race has received relatively little attention, which some experts say could be the result of a name-recognition imbalance between the two candidates who are jockeying to be New York’s chief legal officer.

James, a Democrat who was the first woman and first Black person to be elected attorney general, has reaped both praise and withering criticism for a spate of headline-grabbing actions during her first four-year term. James has said that the office has a clear duty: to ensure that there are not two systems of justice. That theme has played out as she’s aggressively pursued high-profile politicians on both sides of the aisle: former President Donald J. Trump and former Gov. M. Andrew Cuomo, both of whom have accused James of using her office to pursue politically motivated investigations of them.

That strategy has been used by U.S. Rep. Lee Zeldin, the Republican challenger of Democratic Gov. Kathy Hochul, who has been wielding the issue of crime to his advantage, closing wide polling gaps and generating a spate of last-minute campaign donations that are fueling the race’s final stretch.

But Henry is struggling to find the same footing, said Shawn Donahue, an assistant professor of political science at the University of Buffalo. For one, Henry is working with a debilitating lack of name recognition. Donahue pointed to an Oct. 18 poll from Siena College that had 91 percent of those surveyed saying they did not know who the candidate was.

“I think if we follow Andrew Cuomo to the polls even he’ll be voting for Tish James,” Donahue said. “(Henry) hasn’t really raised much money. If he has a potential path to either coming in close or winning, he would need to ride the coattails of Lee Zeldin.”

Henry is a self-acknowledged political newcomer who said he’s running because he thinks the office needs an overhaul. The position has a track record of launching officeholders into the governor’s mansion. (Both Cuomo and former Gov. Eliot Spitzer, also a Democrat, served as attorney general before winning their respective governor’s races. They both also resigned from office before their terms ended while engulfed in scandal.)

Henry said he rejects the idea of using the office as a springboard to a bigger political position.

“I don’t have ambitions higher than being the best attorney general I can be for four to eight years,” Henry said. “My motivation was to go into this office, professionalize it, make it work for all New Yorkers, and then quite frankly, move on with my life.”

A former mortgage industry professional, Henry attended law school classes at night and ultimately started his own commercial litigation firm. He also points to his time working with religious asylum seekers, particularly for people from China who were jailed for practicing Christianity and Catholicism.

On crime, Henry said that he adopts the stance of a fiscal conservative. He supports treatment courts for offenders who land in jail because of drug problems or veterans who suffer from PTSD, he said.

But he also believes that bail reform “went too far” and tied rising crime rates to the 2019-era legislative change.

“I’m someone that believes in being tough on crime, but at the same time being smart on crime,” Henry said. “As a fiscal conservative, you want to have as many people out of the system as possible.”

James, who began her political career as New York City Public Advocate, abandoned a short-lived run for governor earlier this year. Her campaign touts a list of accomplishments since she first took office in 2018, including a recent high-profile civil lawsuit accusing Trump and his children of persistent fraud and seeking to ban them from conducting business in the state, as well as from acquiring properties in New York for five years.

She has also focused efforts on suing “bad actors” in a wide swathe of industries across the state, filing lawsuits against landlords, lenders and businesses who engage in predatory practices. Settlements that James negotiated with distributors and manufacturers of opioids have resulted in $1.5 billion that will go toward alleviating harm done by a widespread drug crisis in the state.

“It’s simple, I have a lot of unfinished business to do,” James recently told the Times Union about her decision to run again. “I obviously want to focus on seeing to completion certain cases.”

James is in the middle of another high-profile lawsuit against the National Rifle Association, accusing the organization of violating financial laws and losing millions due to fraudulent practices.

Recently, James has joined Hochul in emphasizing their own policies on crime, a move that came as an apparent response to the issue beginning to dominate in the polls.

At a news conference earlier this week, James conceded that bail reform could use a re-examination, adding that it has always been a fluid policy. But she said that isolating the issue to explain crime rates was misguided.

“We cannot look at bail reform in isolation of all of the other drivers of crime– mental illness, lack of pretrial services, probation offices, correctional officers, the lack of investment in certain communities,” James said.

For his part, Henry has declined to commit to saying whether he would support Zeldin’s pledge to overhaul the state’s criminal justice policies if elected.

“I’m my own person, I can only focus on what I could do with my office,” Henry said. “I don’t sit down and have policy discussions with anyone right now other than my own team.”