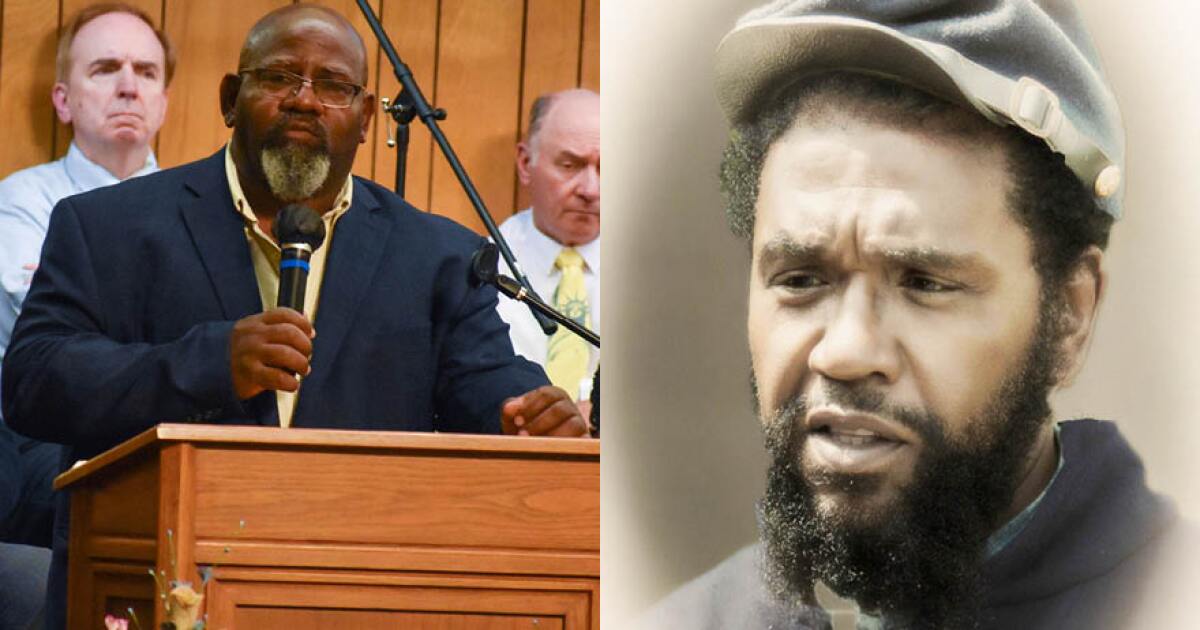 Drive down Quindaro Boulevard through Kansas City, Kansas, and you’ll see a series of dilapidated storefronts and small, single-family homes. The roads and sidewalks are chipped from years without maintenance and signs for businesses that have long-since closed dot the streets.

The area is part of Kansas House District 35, which makes up the northeast corner of Kansas City, Kansas, spanning from the Missouri River west to 67th Street and south to Parallel Parkway.

It’s a picture of a district that has been plagued by income inequality and a lack of economic development for decades. For many residents, the change they’ve been asking for has been slow to come. While its neighbor to the west, District 36, has seen a lot of development in recent years around the Village West shops and Kansas Speedway, the eastern part of Wyandotte County has been stagnant.

However, one distinct change is coming this November.

The district’s long-sitting representative, Democrat Broderick Henderson, announced earlier this year that he would not be seeking reelection after 28 years in office. For the first time in nearly three decades, voters will be sending a new face to Topeka. And despite the fact that voters in this area haven’t sent a Republican to the statehouse in nearly three decades, Republican Sam Stillwell thinks he has a chance to win.

He’s banking on voters being fed up with the lack of progress under Democrats and that people have more in common with his party than they think.

Electing Robinson would show the district’s continued support of Democrats in a Republican-held legislature that has often prevented them from enacting change. Sending Stillwell to Topeka would show their willingness to jump across the aisle if it means getting things done.

Defining what it means to be Republican

While Stillwell knows his district is a Democratic stronghold, he thinks there’s reason to believe residents there may be ready for a change in leadership.

“When I’m off of 5th and Quindaro, people are saying, ‘Wow, somebody’s knocking on the doors down here.’ So I’m getting a really good response from a lot of people who are being listened to for the first time,” Stillwell said.

Door-to-door conversations have been the centerpiece of Stillwell’s campaign, which he said he has been planning since the early months of 2020.

Even before deciding to run, Stillwell was an active member of the Republican Party within his district. He is an elected precinct chair for Wyandotte County and also a member of the National Rifle Association.

Outside of politics, Stillwell has worked as a special education teacher in schools around Kansas City metro for more than 24 years.His experience working in education is one of the things that helped him shape the three pillars of his campaign: improving education options, lowering taxes and fighting crime.

He offered few details about specific policy ideas, although his campaign website underscores his support for the Second Amendment and the right to bear firearms.

Stillwell’s vigorous efforts to speak with voters has convinced him that there are more conservatives in the district than past election results show.

“I think the Democratic Party has done a very good job of painting a false image of what it means to be Republican. I get a lot of, ‘You’re a Republican, I’m not going to vote for you,’ and then 30 seconds into the conversation, we’re bonding on our ideas of what we want for our community,” Stillwell said.

According to the 2020 census, the district’s population of around 22,000 is largely made up of Black and Hispanic residents, most of whom are under 40. Its median household income is about $43,000 per year, and one in five of its residents live below the poverty line.

Black and Hispanic voters have long been associated with the Democratic Party. But support among these demographic groups, particularly Latinos, is on the decline according to some experts. Stillwell believes many voters have been pushed to vote Democrat without really thinking of the alternative.

Stillwell also argues that the reason that the district has seen little success from past Democratic representatives is that they were fighting a supermajority in the statehouse. He believes sending a Republican could expedite the process to change in the district.

“The majority of the [Kansas] House of Representatives is Republican. So in order for District 35 to have a voice, you need to elect a Republican candidate,” Stillwell said.

A quiet campaign from the Democrat

Robinson is banking on a victory by virtue of being a Democratic candidate in a district that has been a stronghold for the party for the past 20 years. He is also Broderick Henderson’s cousin.

While he has joined with the party to ensure his cousin’s seat remains in Democratic control, he said political party should be the least important part of this race.

Unlike Stillwell, who has been planning his campaign for two years, Robinson only decided to run in May, after failing to find someone in the community capable of replacing Henderson.

“I tried to locate people who would be available and interested… I was having hardly any success finding somebody that was more equipped and ready to roll,” Robinson said.

Before deciding to run, Robinson did not consider himself a politician. After serving in the Navy and dropping out of college, Robinson began working with organizations that served underprivileged and underserved minority groups in Wyandotte County.

In recent years, he has worked with several state and federal agencies to preserve and study the historic Quindaro Ruins and Cemetery, which contain the remains of several unidentified African Americans who fought in the Civil War.

Robinson has pledged that his first act if elected would be to introduce legislation which would protect Quindaro and other similar sites while giving funding to additional preservation efforts.

In an unfortunate twist, Robinson said this work has prevented him from conducting a more traditional campaign.

He said his ability to campaign, outside of providing yard signs to residents, has been hurt by his work with state and federal agencies, because he’s barred from using his work with them as part of a political campaign.

He said he has been unable to attend or organize any in-person campaign events.

Despite the challenges these projects have presented, he said he believes that voters will still see what he has done for the district.

“The conclusion that I have come to is that I would pick the projects that I have been involved with for the many seasons and years over being there just in Topeka,” Robinson said.

A consistent voter base

While both candidates see this race as a chance to sway voters away from a focus on political party, past voting records indicate the district may remain in Democratic hands.

Voters in the district have consistently cast votes for Democrats in nearly every election for the last 20 years. The district was considered such a certainty for the party that the retiring Henderson ran unopposed in all but two elections during that time.

The two times he did face a Republican challenger, he won with over 80 percent of the vote, most recently in 2020.

In addition to the heavy Democratic lean, voter turnout has been consistently low among residents in the district. In 2020, only one in four residents cast a ballot. Voter turnout alone could tilt the race for Robinson, regardless of his campaign efforts.

In the August primary, 2,918 people in the district cast a vote in this race. Of that, only 410 people voted in the Republican primary.