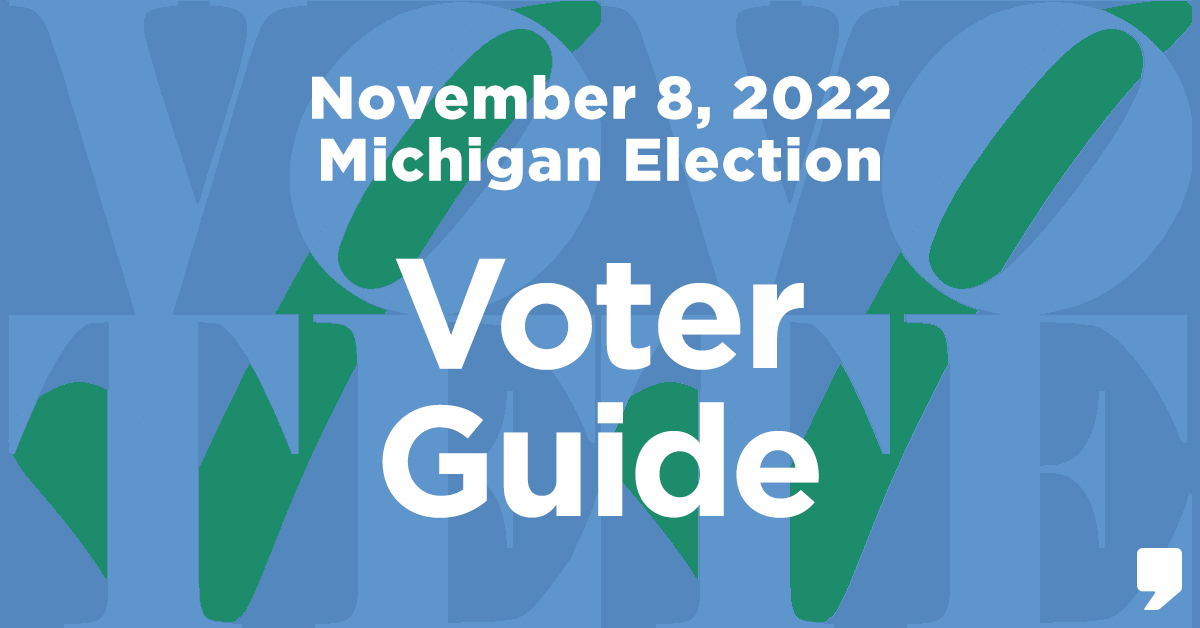 Michigan voters will head to the polls on Tuesday, November 8, for the 2022 midterm elections. One of the races on the ballot is Michigan’s redrawn 13th Congressional District. Democrat Shri Thanedar faces Republican candidate Martell Bivings in this district.

Keep reading to learn the candidates’ answers to the questionnaire they received from WDET.

Tell us about yourself in 200 words or less.

I am a scientist, entrepreneur, grandfather, State Representative and the Democratic nominee for Michigan’s 13th Congressional District. I grew up in abject poverty, worked as a janitor for little pay and no benefits, and at times slept in my car to make ends meet. Through a good education, luck, and hard work, I was able to become a chemist and a successful businessman. I shared profits with my employees every year and, when I sold the company, I shared $1.5 million in proceeds with everyone from the executives to the janitor. After I sold my business, I decided to dedicate my life to public service. I unsuccessfully ran for Governor in 2018, then was elected to be State Representative from Detroit in 2020, and won the Democratic primary for the 13th Congressional District in 2022. I am so grateful and proud to have won the city of Detroit in all three elections and look forward to representing the 13th District in Congress.

Why are you running for Michigan’s 13th Congressional District?

I’m running for office because I know what it is like to struggle. I grew up in poverty, worked as a janitor, slept in my car some nights, and I was able to lift myself out of poverty through education and hard work. Now the American Dream is simply not possible for too many in our community. As a State Representative, I’m proud to have brought $1.2 billion in funding for Detroit Public Schools, $97 million for literacy programs, and co-sponsored a $1.5 billion Racial Equality and Reparations Fund act. In Washington, I will fight daily to bring more funding back to the district so we can build wealth for our communities and tackle these issues at a federal level.

I’ve always believed in supporting workers and everyday people. As a businessman, I shared profits with my employees and when I sold the business, I shared proceeds with everyone at the company, from the janitor to leadership. I was always transparent with how I ran my businesses, keeping open books for all my employees, and CEO salary was never more than 3 times that of the lowest salaried employee. I know firsthand that uplifting workers leads to success; I’ll continue to do that in Congress.

What are the top 3 priority issues that the 13th Congressional District faces and what actions would you, as its representative, take regarding each of them?

There’s a lot that needs to be done to help families afford daily life. We need more investment in addressing supply side issues, like what was done in the Inflation Reduction Act and the CHIPs Act. We also need to provide training and education so people in this district can have the skills they need to get good paying jobs. Workers’ rights must also be protected, to ensure that people receive good wages and benefits.

Detroit has one of the slowest law enforcement response times and I will fight to bring in federal funding to help recruit more police officers and retain those we already have. We also have to work to curb gun violence. I support common sense gun safety legislation like universal background checks, banning assault weapons, getting ghost guns off the street, etc. Long term, we should address some of the underlying issues such as a lack of mental health resources, housing, and economic concerns.

In 2022, every person in the US should have basic human rights regardless of race, gender, sexual orientation or income level. Women should be able to make decisions about their body and health without government intervention. Every person in this country should have access to safe clean drinking water, regardless of income level. Every person over the age of 18 should have the right to vote in a way that is free and accessible. People should have the ability to marry whomever they choose. We need to reform the criminal justice system to ensure that everyone is treated fairly and with justice. We need to reform the police to stop the killings of mostly unarmed Black men.

What is your stance on gun reform in the U.S.?

House Republicans’ servitude to the NRA is killing our kids. We are the only industrialized nation with this gun violence epidemic. Four students were killed and 11 people were injured, two hours from my home a few months ago in Oxford, Mich.  These shootings are preventable, and we need to get to work preventing them.

There are many steps we could take to save lives. I would support things like background checks on every single gun purchase and transfer, closing the gun show loophole, implementing a three-day cooling off period after purchasing a gun, passing Red Flag laws to allow family or police to petition the court to temporarily remove guns from a person who is believed to be a threat to themselves or others, reinstating the assault rifle ban for civilians without a sunset clause, and more.

What is your stance on abortion rights?

I fully support a woman’s right to make medical decisions with her doctor. Congress needs to do whatever is necessary to protect women’s rights to bodily autonomy and access to healthcare, including abortion. As a State Rep, I co-sponsored bills 5542-5548, the Michigan Reproductive Health Act, which would guarantee individuals’ freedom to make decisions about their own reproductive health. In Congress, I vow to continue that fight. No one is free if women are not free to make their own medical decisions.

What is your solution to fight the current inflation crisis in the U.S. and how it affects Michigan?

Congress should take actions to end price gouging and stop corporations that make Americans pay more to increase their profits. I’d support legislation like the Ending Corporate Greed Act, which would impose a 95 percent windfall tax on corporations profiting from the pandemic.

Congress should also invest in supporting our supply chain and domestic manufacturing. Bills like the CHIPs Act and Inflation Reduction Act were good starts, but we should do more. We should invest in affordable housing, help people looking to buy their first house, and help families afford their mortgage. That’s why I support legislation like the Housing is Infrastructure Act, Ending Homelessness Act, and Downpayment Toward Equity Act.

Martell Bivings did not respond to our questionnaire. He appeared on Detroit Today to tell host Stephen Henderson why he’s running for office. You can view more information at Bivings’ official campaign website.

WDET strives to make our journalism accessible to everyone. As a public media institution, we maintain our journalistic integrity through independent support from readers like you. If you value WDET as your source of news, music and conversation, please make a gift today.