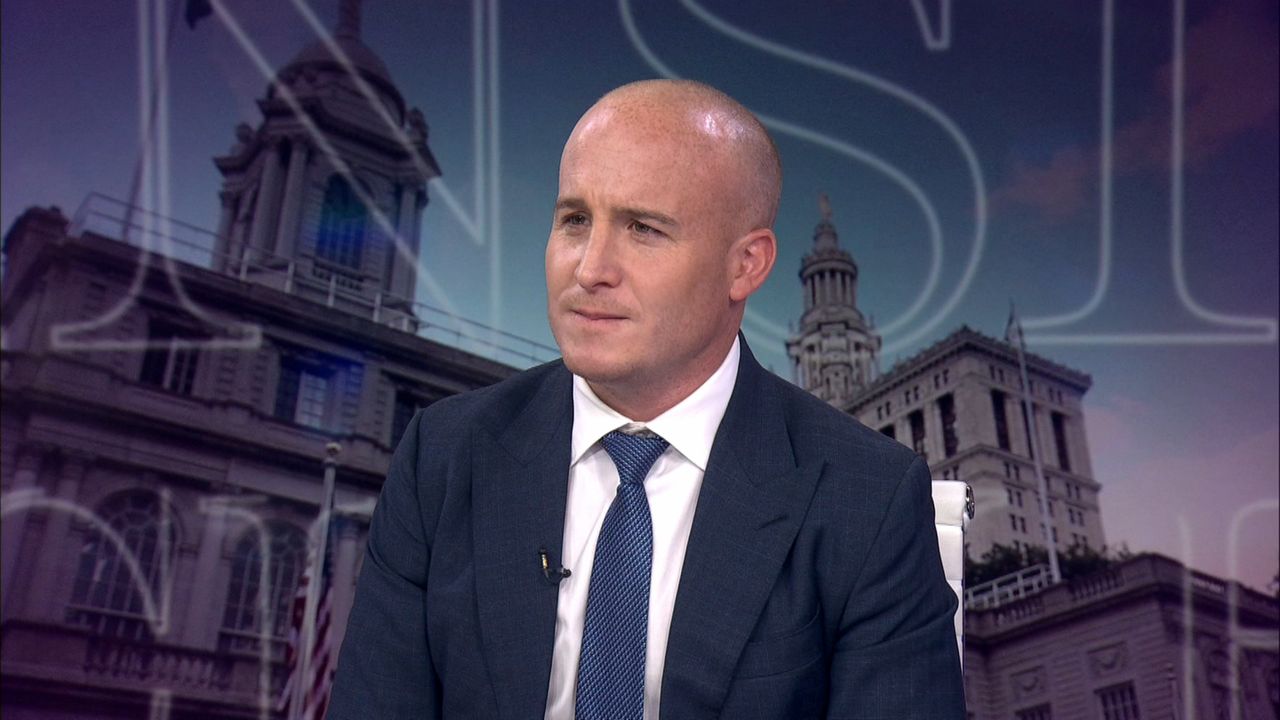 In his effort to return to Congress representing Staten Island and part of Brooklyn, former Rep. Max Rose faces an uphill battle, according to a Spectrum News/Siena College poll from earlier this month.

But in an appearance on “Inside City Hall” Monday, the one-term congressman remained optimistic he could beat the opponent who knocked him out of office two years ago.

“The momentum is on our side. We’re seeing the energy on the ground. Remember, I’ve won this seat before,” Rose said. “On the ground, people are disgusted with Nicole Malliotakis’ record.”

Rose has attempted to label Malliotakis as an “extremist,” pointing to her positions on gun control, abortion, and the legitimacy of the 2020 election.

After rioters stormed the U.S. Capitol on Jan. 6, 2021, Malliotakis joined many Republican Congress members in voting against the certification of the 2020 presidential election results in Arizona and Pennsylvania.

“Nicole ran for her life along with her colleagues. She still voted to decertify the election, prop up the Big Lie because she wanted to ask Donald Trump for his endorsement,” Rose said. “In the process, she spit on the Constitution that our service members swear an oath to uphold.”

In the poll, 24% of voters in the district named “threats to democracy” as their top issue. But, as in many parts of the city, the economy and crime remained the top two concerns for voters, respectively.

Rose criticized his fellow Democrats for failing to address concerns of inflation early and substantially, in his view.

“While this may be a global problem with global causes related to COVID, there are quintessentially American solutions that we can implement here,” Rose said.

He called for the federal government to implement gas price controls and penalize oil companies for price gouging, and he made the case for the government to negotiate pharmaceutical prices for a wider range of medicines than currently allowed.

Malliotakis and her allies, Rose argued, voted against policies like the ones he proposed because “economic pain” is politically beneficial to attract aggrieved voters.

As for crime, the former congressman said he supported a greater law enforcement presence in the city — particularly on the subway — and wants the state to explore “sensible changes” to bail reforms made in the last few years, including giving judges more discretion when assigning bail.

“We cannot ignore the issues of the guns streaming into our communities,” Rose said, laying out his support for policies like universal background checks.

“It is scary that Nicole Malliotakis, a representative of neighborhoods in New York City, voted on the side of the NRA,” he added.

Malliotakis voted for some gun control measures after a series of mass shootings this year, but has voted against a semi-automatic gun ban and expanding background check requirements for gun purchases.

The incumbent congresswoman declined to participate in a NY1 debate with Rose.

Rose also discussed the role abortion access is playing in the race and his policy prescriptions to address the crisis of asylum seekers arriving in the city.