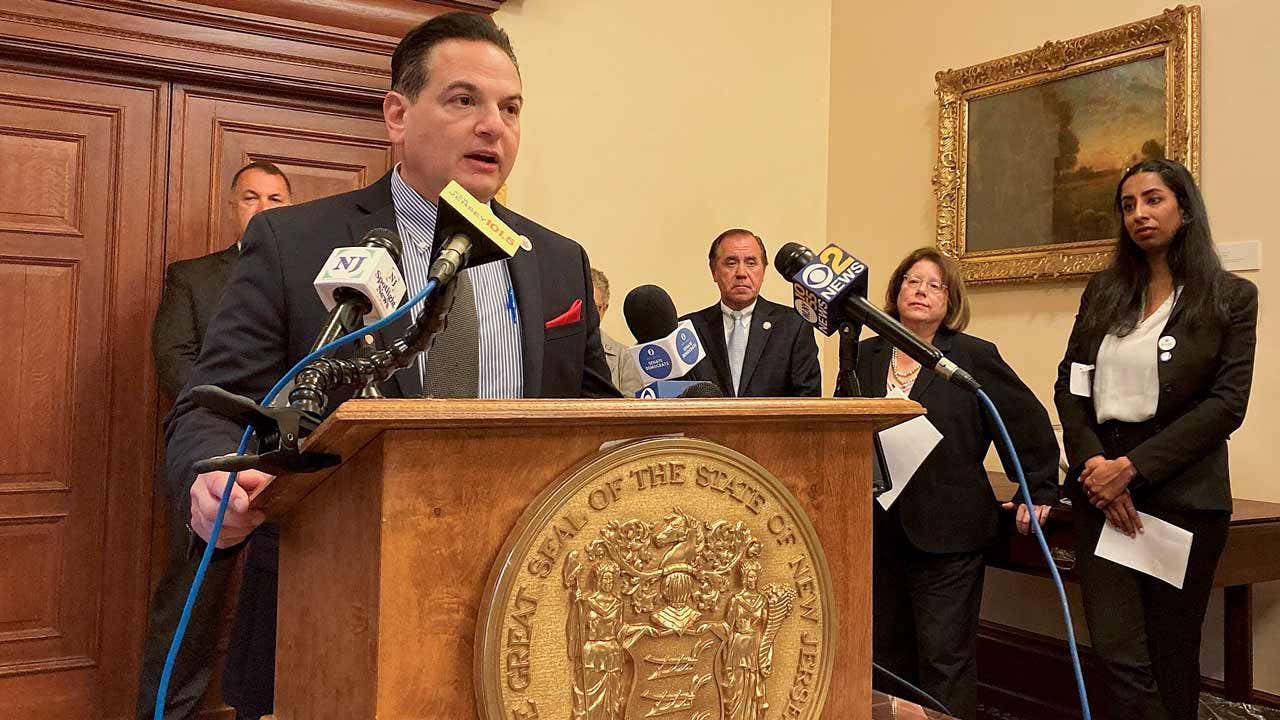 It also sets up a new requirement that permit holders carry insurance to protect against accidental discharge, coverage that Scutari said is already available in insurance marketplaces. The bill increases permitting, though the exact amount wasn’t immediately clear. The funds will be put toward compensation for crime victims under the legislation.

The measure also calls for permit holders to undergo gun safety training and would set up a vetting process that requires non-family references to vouch for applicants. It would disqualify applicants with past violations of restraining orders and other “character of temperament” concerns, though just how those issues would be defined wasn’t immediately clear.

The lawmakers said they looked to New York’s recent carry law, though a federal court said recently that parts of the law were unconstitutional.

“I’m a gun owner. I enjoy my guns often, but I enjoyed the right to have those guns and to use them responsibly,” Democratic Assembly member and bill sponsor Joe Danielsen said. “This bill provides zero conflict.”

Coughlin said the bill tries to prevent gun tragedies while abiding by the Supreme Court’s decision. Scutari echoed that idea, saying the measure struck a balance that permits “constitutionally allowable gun carrying, but not just anywhere you want it to be.”

The state’s National Rifle Association affiliate said in a statement that the New Jersey proposal too closely resembled New York’s.

“These attacks by New Jersey lawmakers are a big middle finger to the U.S Supreme Court,” said Scott Bach, the director of the Association of New Jersey Rifle and Pistol Clubs. “We look forward to overturning these measures in court and forcing the state to pay our legal fees.”

The high court’s decision struck down a New York law requiring people to demonstrate a particular need for carrying a gun to get a license to carry a gun in a concealed way publicly. New Jersey, California, Hawaii, Maryland, Massachusetts and Rhode Island all had similar laws.

New Jersey lawmakers had acknowledged after the ruling that the state would likely have to update its laws. Thursday’s announcement was an early step in that direction. The bills are expected to get a vote in the Assembly later this month. A timeline in the Senate is not clear, Scutari said.

Democratic Gov. Phil Murphy worked with lawmakers on drafting the legislation and looks forward to signing the bill, spokesperson Alyana Alfaro said in an emailed statement.

“By working together, we can take commonsense steps to keep the public safe from gun violence,” she said.

Murphy has been a major backer of tighter gun laws and has signed a number of gun rights restrictions, including legislation authorizing the state attorney general to use public nuisance laws to bring suits against gun-makers.

Chuck Haga: Thanksgiving’s over. Now let’s get to work on changing the world
After Two Mass Shootings, Glenn Youngkin Sure Doesn’t Seem to Want to Say the Word ‘Gun’
Evolution of the APO 1S – Design, Pricing, Taxes
Americans Are Disgusted by Republican Inaction on Mass Shootings
A Republican super PAC run by former NRA executives lost more than $158,000 in an email hack, federal records show