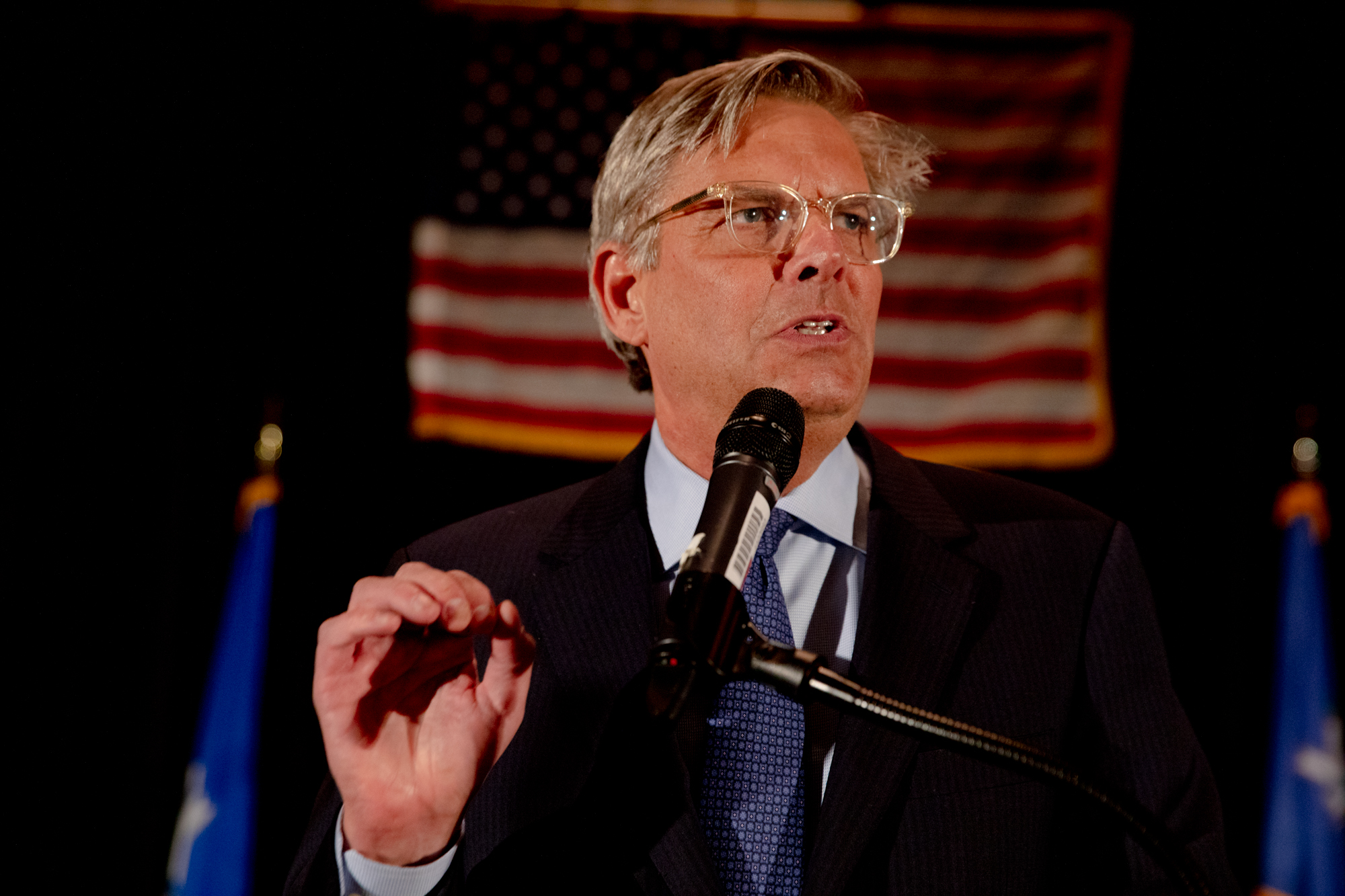 Bob Stefanowski, 60, is Connecticut’s Republican nominee for governor for a second time after losing to Gov. Ned Lamont in 2018.

Stefanowski and his wife, Amy, live in the shoreline community of Madison and are the parents of three daughters, the youngest still in college.

Here’s what you need to know.

Who is Bob Stefanowski?

Stefanowski was born in New Haven and his family lived on one floor of a three-family home in the Newhallville section of New Haven, then bought a house in North Haven when he was in second grade.

It is an origin story he uses to contrast his middle-class upbringing with Lamont’s multi-generational wealth. But his home now is a 5,000-square-foot home they purchased in 2014 for $2.975 million. It features a pool, carriage house and hilltop views of Long Island Sound.

In September, Stefanowski released tax returns showing a total income of $36.8 million over the past three years, mostly from his domestic and foreign consulting clients, whom he has not identified.

What is Stefanowski’s corporate background?

Stefanowski rose up the ladder at corporate behemoth General Electric and left in 2007 after a 13-year stint capped by the board of directors electing him as a company officer.

His last full-time job was as the chief executive of DFC Global, a payday loan company whose high-interest loans are barred by Connecticut’s usury laws. He worked there from 2014 to 2017.

Stefanowski has had a consulting business since then, working for clients “all over the world.”

He is a latecomer to politics after not voting for long stretches. He did not cast a vote for president in 2016. He was a registered Democrat before becoming a Republican.

What happened in his first run for governor in 2018?

When Stefanowski competed with Lamont for an open seat in 2018, 44,000 votes and 3 percentage points separated the two.

At the time, he ran on one big idea from which he rarely and reluctantly departed: A supply-sider insistence that Connecticut’s economic and fiscal ills were byproducts of the state adopting a broad-based income tax in 1991.

The NRA endorsed him in 2018 with an A grade for his answers on a questionnaire that neither he nor the NRA ever released and Stefanowski declines to discuss.

Does Stefanowski still think Connecticut should do away with its income tax?

While Stefanowski no longer makes that pitch, he’s also never backed off his view that it would be desirable. Stefanowski never outlined whether other taxes, which were cut with the adoption of the income tax, would have to be raised.

Does Stefanowski still align himself with the NRA?

Stefanowski has stepped away from the NRA and any suggestion he would weaken Connecticut’s strong gun safety laws, including the universal background checks and limits on high-capacity military-style weapons imposed after the mass shooting at Sandy Hook Elementary School.

Where does he stand on abortion?

Stefanowski describes himself as a supporter of abortion rights, a position consistent with his stance in 2018. But the depth of his commitment has been questioned, due to his insistence that the issue is unimportant in a state with a law affirming a right to abortion.

After initially saying he would seek no change in the state law, Stefanowski more recently has said he would defend it, with one exception. He would favor adding a provision requiring parental notification for a minor to get an abortion, rather than the current requirement that a minor be counseled to seek family involvement.

Stefanowski has refused to say if he would have signed a Connecticut law passed in late April that gives abortion patients and providers a safe harbor against so-called vigilante lawsuits authorized by Texas. His running mate, Laura Devlin of Fairfield, was one of just seven House Republicans to vote for the bill, which was signed by Lamont.

How would Stefanowski address high inflation?

His nearly $2 billion tax relief plan, a mix of one-time and permanent tax cuts, would ease burdens on consumers, small businesses and those who pay property taxes, would expand the state’s fuel tax holiday and extend it through 2023, and would bolster the cash-starved unemployment trust.

Stefanowski’s plan would use a portion of budget reserve, leaving the state vulnerable to tax hikes or service cuts if recession hits. It also would hinder Connecticut’s efforts to accelerate the paying down of its pension debt during good fiscal years. But Stefanowski says if greater tax relief can jump-start the economy, the state ultimately will be better positioned to pay down its pension debt more quickly as well.

What is his style on the campaign trail?

A consistent theme driving Stefanowski and his second campaign for governor is a disdain for the business acumen and management style of Lamont, and an insistence he could do better.

Stefanowski has been focusing on pocketbook issues, criticizing the governor for not providing more tax relief from the state’s surplus to offset the impact of inflation.

But Lamont’s double-digit lead in polls and Stefanowski’s shifting messaging from inflation to social issues, such as his opposition to transgender athletes competing in girls sports, and the retooling of his campaign staff, amount to a tacit admission he needs far more than inflation to unseat a sitting governor in Connecticut for the first time since Abraham Ribicoff defeated John Lodge in 1954.