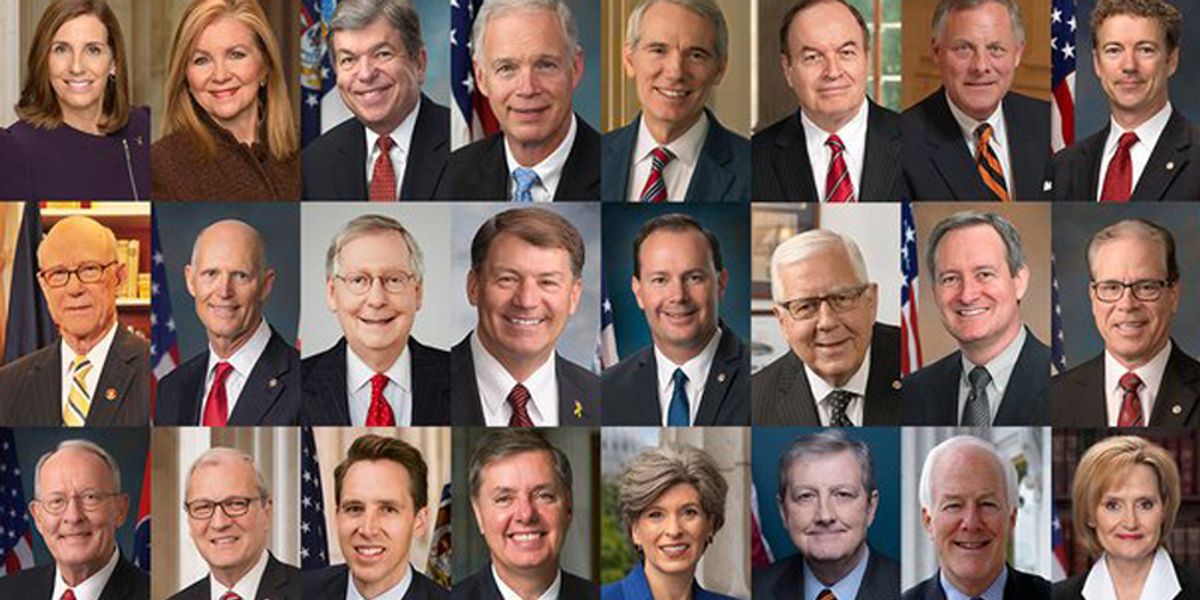 The 1970s were a pivotal decade, and not just because it saw the end of the Vietnam War, the resignation of Nixon, and the death of both the psychedelic hippie movement and the very political (and sometimes violent) SDS. Most consequentially, the 1970s were when the modern-day Republican Party was birthed.

Prior to that, the nation had hummed along for 40 years on a top income tax bracket of 91% and a corporate income tax that topped out around 50%. Business leaders ran their companies, which were growing faster than at any time in the history of America, and avoided participating in politics.

When we handed America over to Ronald Reagan in 1981 it was a brand, gleaming new country with a prosperous and thriving middle class.

The seeds of today’s American crisis were planted just ten years earlier, in 1971, when Lewis Powell, then a lawyer for the tobacco industry, wrote his infamous “Powell Memo.” It became a blueprint for the morbidly rich and big corporations to take over the weakened remnants of Nixon’s Republican Party and then America.

They then moved on to infiltrate our universities, seize our media, pack our courts, integrate themselves into a large religious movement to add millions of votes, and turn upside down our tax, labor, and gun laws.

That effort burst onto the American scene with the 1980 election of Ronald Reagan.

By 1982 America was agog at the “new ideas” this newly-invented GOP was putting forward. They included radical tax cuts, pollution deregulation, destroying unions, and slashing the support services the New Deal and Great Society once offered people (because, Republicans said, feeding, educating, or providing healthcare to people made them dependent).

Their sales pitch was effective, and we’ve now had 42 years of the so-called Reagan Revolution.

It’s time to simply say out loud that it hasn’t worked:

Republicans told us if we just cut the top tax rate on the morbidly rich from the 74% it was at in 1980 down to 27% it would “trickle down” benefits to everybody else as, they said, the “job creators” would be unleashed on our economy.

Instead of a more general prosperity, we’ve now ended up with the greatest wealth and income inequality in the world, as over $50 trillion was transferred over 40 years from the bottom 90% to the top 1%, where it remains to this day. The middle class has gone from over 60% of us to fewer than half of us. It now takes 2 full-time wage earners to sustain the same lifestyle one could in 1980.

Republicans told us if we just deregulated guns and let anybody buy and carry as many as they wanted wherever they wanted it would clean up our crime problem and put the fear of God into our politicians.

“An armed society is a polite society” was the bumper sticker back during Reagan’s time, the NRA relentlessly promoting the lie that the Founders and Framers put the 2nd Amendment into the Constitution so “patriots” could kill politicians. Five Republicans on the Supreme Court even got into the act by twisting the law and lying about history to make guns more widely available.

Instead of a “polite” society or politicians who listened better to their constituents, we ended up with school shootings and a daily rate of gun carnage unmatched anywhere else in the developed world.

Republicans told us that if we just ended sex education in our schools and outlawed abortion, we’d return to “the good old days” when, they argued, every child was wanted and every marriage was happy.

Instead of helping young Americans, we’ve ended up with epidemics of sexually transmitted diseases, unwanted pregnancies, and — now that abortion is illegal in state after state — a return to deadly back-alley abortions.

Republicans told us that if we just killed off Civics and History classes in our schools, we’d “liberate” our young people to focus instead on science and math.

Instead, we’ve raised two generations of Americans that can’t even name the three branches of government, much less understand the meaning of the Constitution’s reference to the “General Welfare.”

Republicans told us that if we cut state and federal aid to higher education — which in 1980 paid for about 80% of a student’s tuition — so that students would have what they told us was “skin in the game,” we’d see students take their studies more seriously and produce a new generation of engineers and scientists to prepare us for the 21st century.

Instead of happy students, since we cut that 80% government support down to around 20% (with the 80% now covered by student’s tuition), our nation is groaning under a $2 trillion dollar student debt burden, preventing young people from buying homes, starting businesses, or beginning families. While students are underwater, banksters who donate to Republican politicians are making billions in profits every single week of the year from these bizarrely non-negotiable loans .

Republicans told us that if we just stopped enforcing the anti-monopoly and anti-trust laws that had protected small businesses for nearly 100 years, there would be an explosion of innovation and opportunity as companies got bigger and better.

Instead, we’ve seen every industry in America become so consolidated that competition is dead, price gouging and profiteering reign, and it’s impossible to start or find small family-owned businesses anymore in downtowns, malls, and the suburbs. It’s all giant chains, many now owed by hedge funds or private equity. Few family or local businesses can compete against such giants.

Republicans told us that if we just changed the laws to let corporations pay their senior executives with stock (in addition to cash) they’d be “more invested” in the fate and future of the company and business would generally become healthier.

Instead, nearly every time a corporation initiates a stock buyback program, millions and often billions of dollars flow directly into the pockets of the main shareholders and executives — while workers, the company, and society suffer the loss.

Republicans told us that if we just let a handful of individual companies and billionaires buy most of our media, a thousand flowers would grow and we’d have the most diverse media landscape in the world. At first, as the internet was opening in the 90s, they even giddily claimed it was happening.

Now a small group of often-rightwing companies own our major media/internet companies, radio and TV stations, as well as local newspapers across the country. In such a landscape, progressive voices, as you can imagine, are generally absent.

Republicans told us we should hand all our healthcare decisions not to our doctors but to bureaucratic insurance industry middlemen who would decide which of our doctor’s suggestions they’d approve and which they’d reject. They said this will “lower costs and increase choice.”

In all of the entire developed world — all the OECD countries on 4 continents — there are only 500,000 medical bankruptcies a year. Every single one of them is here in America.

Republicans told us if we just got rid of our unions, then our bosses and the companies that employ them would give us better pay, more benefits, and real job security.

As everybody can see, they lied. And are working as hard as they can to prevent America from returning to the levels of unionization we had before Reagan’s Great Republican Experiment.

Republicans told us if we went with the trade agreement the GHW Bush administration had negotiated — NAFTA — and then signed off on the WTO, that we’d see an explosion of jobs.

There was an explosion; lots of them, in fact, as over 60,000 American factories were torn down or left vacant because their products were moved to China or elsewhere. Over 10 million good-paying jobs went overseas along with those 60,000 factories.

Republicans told us global warming was a hoax: they’re still telling us that, in fact. And therefore, they say, we shouldn’t do anything to interfere with the profits of their friends in the American fossil fuel industry and the Middle East.

The hoax, it turns out, was the lie that there was no global warming — a lie that the industry spent hundreds of millions over decades to pull off. They succeeded in delaying action on global warming by at least three decades and maybe as many as five. That lie produced trillions in profits and brought us the climate crisis that is today killing millions and threatens all life on Earth.

And then, of course, there’s the biggest GOP lie of them all: “Money is the same thing as Free Speech.”

Five Republicans on the Supreme Court told us that if we threw out around 1000 anti-corruption and anti-bribery laws at both the state and federal level so politicians and political PACs could take unaccountable billions, even from foreign powers, it would “strengthen and diversify” the range of voices heard in America.

It’s diversified it, for sure. We’re now regularly hearing from racists and open Nazis, many of them elected Republican officials, who would have been driven out of decent society before the Reagan Revolution. American political discourse hasn’t been this filled with conflict and violence since the Civil War, and much of it can be traced straight back to the power and influence of dark money unleashed by five Republicans on the Supreme Court.

The bottom line is that we — as a nation, voluntarily or involuntarily — have now had the full Republican experience.

And now that we know what it is, we’re no longer listening to the Republican politicians who are continuing to try to sell us this bullshit.

We don’t want to hear Republicans sermonizing about deficits (that they themselves caused).

Or welfare (that they damaged and then exploited).

Or even whatever they’re calling “faith” these days, be it the death penalty, forcing raped women to give birth at the barrel of a gun, or burning books.

We’re over it, Republicans. A new America is being birthed from the ashes of the Reagan Revolution and you can’t stop it much longer.