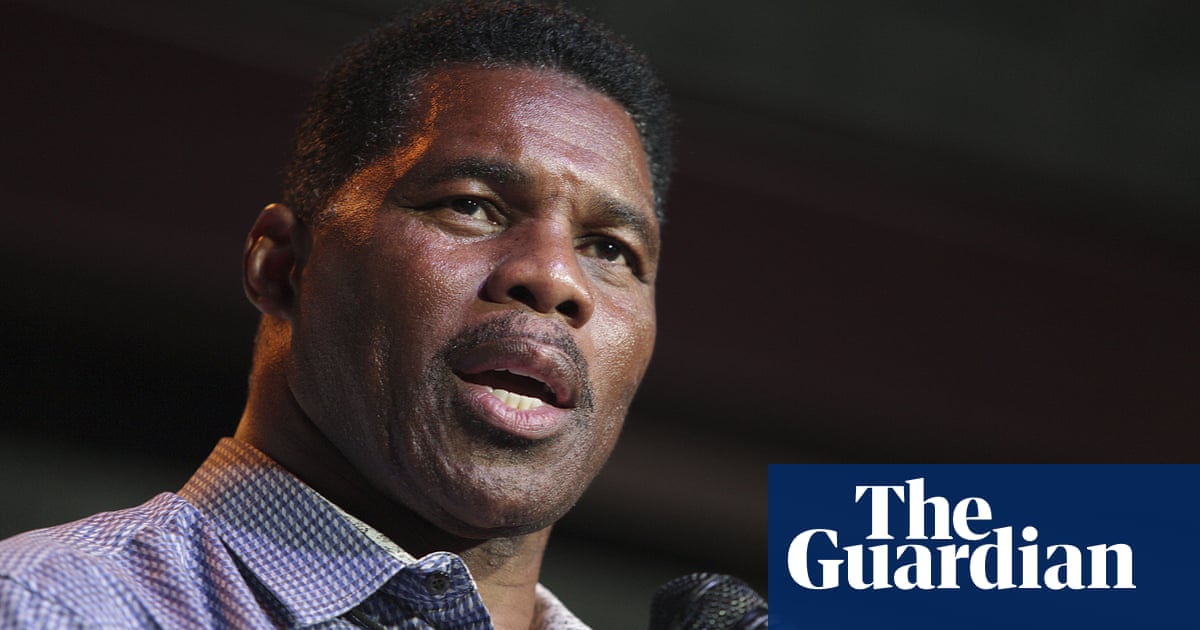 Republicans and anti-abortion groups across the country have been flocking to Herschel Walker’s defense despite accusations that the Republican candidate for Georgia’s senate paid for a woman’s abortion in 2009.

After the accusation from an alleged ex-girlfriend was first reported in the Daily Beast, some of the country’s most influential Republicans have been either echoing Walker’s denial of the abortion or remaining in deafening silence, in turn revealing a clear hypocrisy towards the issue of abortion rights.

Walker, ostensibly a staunch anti-abortion candidate, is currently in a tight race against the state’s Democratic senator Raphael Warnock in hopes of winning a Senate seat in less than five weeks and reclaiming control of the chamber. As part of his campaign, Walker has stated that he wants a total ban on abortions, saying “there’s no exception in my mind … Like I say, I believe in life. I believe in life.”

On Monday, a bombshell report emerged that a woman who asked not to be identified underwent an abortion that Walker paid for after the former couple discovered that they had conceived a child.

He has since doubled down on his denial, accusing Democrats of sabotaging his campaign. “I know why you’re here,” he told reporters this week after his first campaign address since the reports emerged. “You’re here because the Democrats are desperate to hold on to this seat here, and they’re desperate to make this race about my family.”

Republicans have been echoing Walker’s defense, with many claiming the story is a fraudulent attack launched by Democrats. Others have gone as far as to express no interest in the truth of the allegation as they reaffirm the priority of regaining control.

“What I’m about to say is in no means a contradiction or a compromise of a principle. And please keep in mind that I am concerned about one thing, and one thing only at this point. I don’t care if Herschel Walker paid to abort endangered baby eagles. I want control of the Senate,” said Dana Loesch, a conservative radio host and former spokesperson of the National Rifle Association.

Florida’s Republican senator Rick Scott accused Democrats of launching a smear campaign. Scott, who previously said that “abortion ends a life. It is abhorrent and has no place in our society,” defended Walker earlier this week in a public statement.

As the chairman of the National Republican Senatorial Committee, Scott wrote, “When the Democrats are losing, as they are right now, they lie and cheat and smear their opponents … They know that Herschel Walker is winning, so they have cranked up the smear machine.”

Former president Donald Trump, who once called himself “strongly pro-life” and said that women who get abortions should face “some form of punishment”, also came to Walker’s defense.

“Walker is being slandered and maligned by the ‘fake news media’ and obviously, the Democrats,” Trump said on his social media platform Truth Social.

“It’s very important for our county and the great state of Georgia that Herschel Walker wins this election,” he added.

Ronna McDaniel, chair of the Republican National Committee (RNC), tweeted: “Georgia could decide the Senate majority, so desperate Democrats and liberal media have turned to anonymous sources and character assassination.”

McDaniel, who responded with “Life wins!” earlier this year when the supreme court stripped away federal abortion protections, added, “Herschel Walker will deliver a safer and more prosperous Georgia, and the RNC will continue to invest in the Senate race.”

South Carolina’s Republican senator Lindsey Graham defended Walker on Twitter, saying, “[Walker] has adamantly denied these allegations and he will be the next senator from Georgia because people are going to vote for what is best for their family.”

The National Right to Life Committee, the country’s oldest and largest national anti-abortion organization, also released a statement in support of Walker, calling the report a “series of attempted Democratic character assassinations”.

“National Right to Life stands behind its endorsement of Herschel Walker … Herschel Walker wants to protect unborn children while Raphael Warnock wants to see them die through unlimited abortion. The Democratic party knows it cannot win on the issues, so we once again see an attempted character assassination, a tactic that is sadly all too often encouraged by a compliant and willing media.”

Susan B Anthony Pro-Life America, another anti-abortion organization, also stood behind Walker amid the reports by saying, “Herschel Walker has denied these allegations in the strongest possible terms and we stand firmly alongside him.”

Earlier this year, McConnell expressed support towards Walker’s candidacy, saying: “Herschel is the only one who can unite the party, defeat Senator Warnock and help us take back the Senate. I look forward to working with Herschel in Washington to get the job done.”

However, since the reports, McConnell, who has one of the staunchest anti-abortion voices on Capitol Hill and has previously voted for anti-abortion bills and against the Family and Medical Leave Act and the Violence Against Women Reauthorization Act, has yet to publicly comment.

10-Round Magazine Is More Than Enough
After Two Mass Shootings, Glenn Youngkin Sure Doesn’t Seem to Want to Say the Word ‘Gun’
The crisis is unfolding!
ENOUGH: A fed up President Biden pushes to ban assault weapons
A plea, a shout, alas, a reiteration over mass shootings