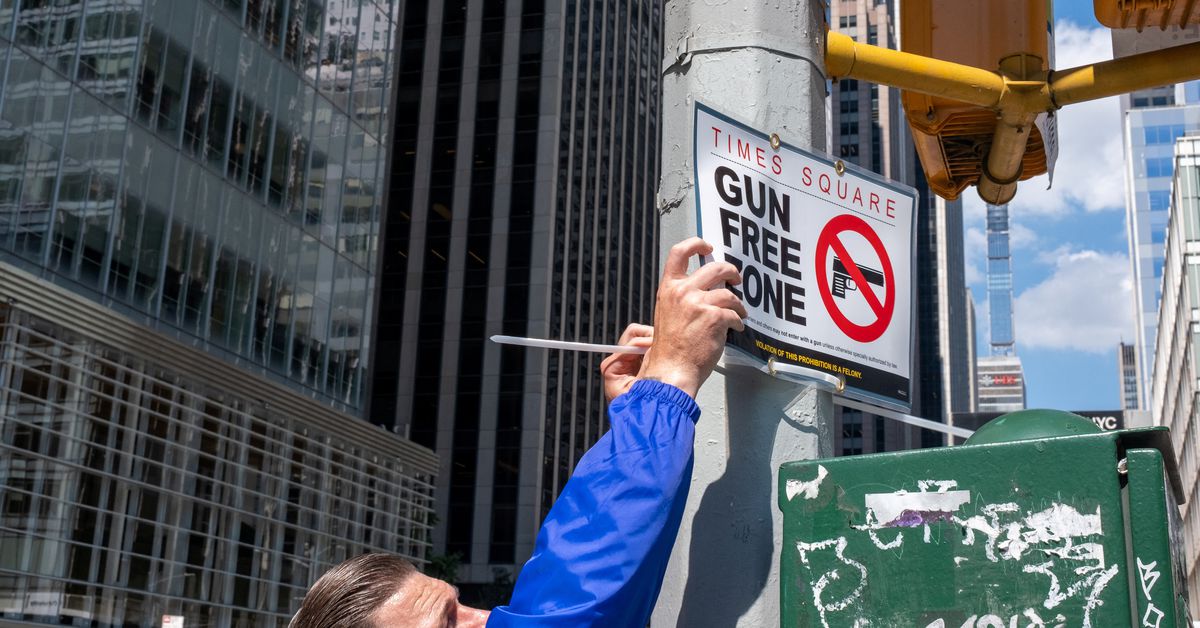 NEW YORK, Oct 6 (Reuters) – A federal judge in New York on Thursday temporarily blocked parts of the state’s new gun law to allow the Gun Owners of America, an advocacy group, to pursue a lawsuit challenging the legislation.

The law came into effect on Sept. 1, creating new requirements for obtaining a license, including submitting social media accounts for review, and creating a long list of public and private places where having a gun became a felony crime, even for license holders.

Lawmakers in New York’s Democratic-controlled legislature had passed the law during an emergency session in July after the U.S. Supreme Court found the state’s licensing regime for firearms to be unconstitutional following a challenge by the New York affiliate of the National Rifle Association, a powerful gun-owners’ rights group.

Chief Judge Glenn Suddaby of the U.S. District Court in Syracuse agreed to issue the order at the request of six New York residents who are members of Gun Owners of America, which competes with the National Rifle Association in political influence.

He said his order would not take effect for three days to allow the New York government to appeal his ruling in a higher court.

Suddaby last month ruled that much of the new law was unconstitutional in dismissing an earlier lawsuit by Gun Owners of America in which he found neither the group nor an individual member of it had standing to sue before the law came into effect.