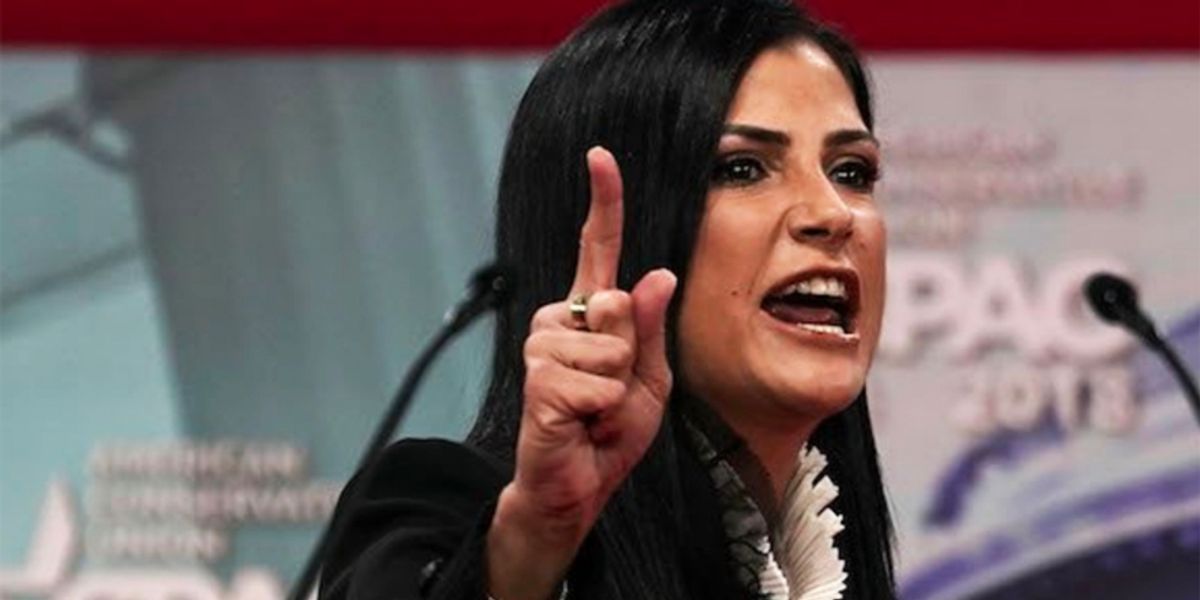 In a clip flagged by @PatriotTakes, Loesch told her followers that winning back control of the Senate is the only thing that matters and that other moral considerations can be cast aside.

“I don’t care if Herschel Walker paid to abort endangered baby eagles,” she said. “I want control of the Senate!”

Loesch went on to dismiss the significance of the Walker abortion claims in even starker terms.

“If the Daily Beast story is true, you’re telling me Walker used his money to reportedly pay some skank for an abortion, and [Sen. Raphael Warnock] wants to use all of our moneys to pay a whole bunch of skanks for abortions,” she said. “So, it doesn’t change anything for me!”

The allegations that Walker paid for an abortion are only part of the current scandal surrounding the GOP candidate, as one of his sons, Christian Walker, leveled disturbing allegations of familial abuse against him.

“You’re not a ‘family man’ when you left us to bang a bunch of women, threatened to kill us, and had us move over 6 times in 6 months running from your violence,” Walker wrote in one tweet.

Watch the video below.

Modern Trapping Series Part 44 Skinning a Mink
Community Voices: The fewer the ARs out there, the fewer who will die
Eagletac P200LC2 1123 Lumen LED Flashlight
The NRA Used to Donate to Democrats’ Campaigns, Too. Why Did It Stop?
A Country Ravaged: Mass Shootings Plague the U.S.