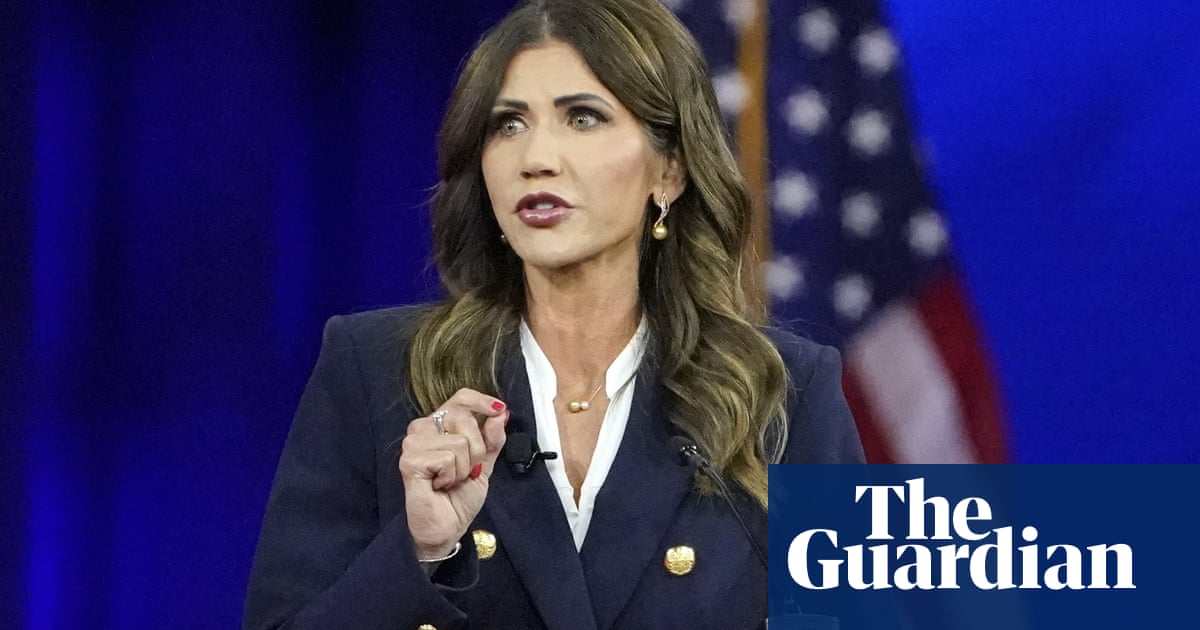 South Dakota’s governor, Kristi Noem, was returning from an official appearance in Rapid City in 2019 when she faced a decision: overnight in the capital of Pierre, where another trip would start the next day, or head home and see her son attend his high school prom?

The Republican governor chose the latter, a decision that eventually cost taxpayers about $3,700 when the state airplane dropped her off near her home and then returned the next day to pick her up.

It’s one of several trips that year where Noem, a potential 2024 White House contender, blurred the lines between official travel and attending either family or political events. The trips sparked a complaint to the state ethics board, which has referred the matter to the state’s division of criminal investigation. A county prosecutor overseeing the investigation will decide whether the governor broke an untested law enacted by voters in 2006 to rein in questionable use of the state airplane.

The governor has also faced action by the same ethics board for intervening in a state agency shortly after it moved to deny her daughter a real estate appraiser’s license.
As Noem’s political star rose in 2020, she began using private jets to fly to fundraisers, campaign events and conservative gatherings.

But before that, in the first year of her term in 2019, Noem used the state plane six times to fly to out-of-state events hosted by political organizations including the Republican Governors Association, Republican Jewish Coalition, Turning Point USA and the National Rifle Association. Raw Story, an online news site, first reported the trips, which the governor’s office defended as part of her work as the state’s “ambassador” to bolster the state’s economy and intergovernmental relationships.

State plane logs also show that Noem had family members join her on in-state flights in 2019.

The 2006 ballot measure was a response to scrutiny of plane travel by the governor at the time, Mike Rounds, who attended events such as his son’s away basketball games while on trips for other official business.

At the time, Rounds, now a US senator, used political funds to reimburse the state for those trips, as well as travel to political events.

Democratic state senator Reynold Nesiba, who proposed the ballot measure before he became a lawmaker, said voters were clear in their intent.

“When it’s been used for family members, this seems like a clear violation of not only the letter but the spirit of the law that was passed overwhelmingly,” he said.

Noem campaign spokesperson Ian Fury said it was “fully within precedent” for family members to join governors on flights, adding that the “level of nitpickiness is ridiculous because she is doing this sort of thing less than Dennis Daugaard”, referring to Noem’s Republican predecessor.

On another trip, Noem’s itinerary allowed her to return home for her son’s prom. On 5 April 2019, she rode the state plane from Watertown, near her home in Castlewood, to Rapid City for an announcement on Ellsworth air force base. On the return flight, the plane stopped in the capital city of Pierre to drop off Rounds, who had joined her for the trip, and several aides. But even though she had another trip from Pierre to Las Vegas for a Republican Jewish Coalition event planned the next day, Noem didn’t stay in the governor’s mansion there.

She flew to Watertown, near her home, in time to watch her son take the stage at his prom, according to Noem’s social media posts. The state plane, meanwhile, returned to Pierre, only to make the trip back to Watertown for the governor the next day.

Fury defended the trips because her travel started in Watertown, near where she had spoken at an event for her son’s school district the day before.

Stop Living in a Fantasy World! Prepper School Vol. 48
10-Round Magazine Is More Than Enough
Biden and Democrats use ‘assault weapons ban’ to position for 2024
A plea, a shout, alas, a reiteration over mass shootings
Big Agnes Rattlesnake SL3 w/ mtnGLO Tent