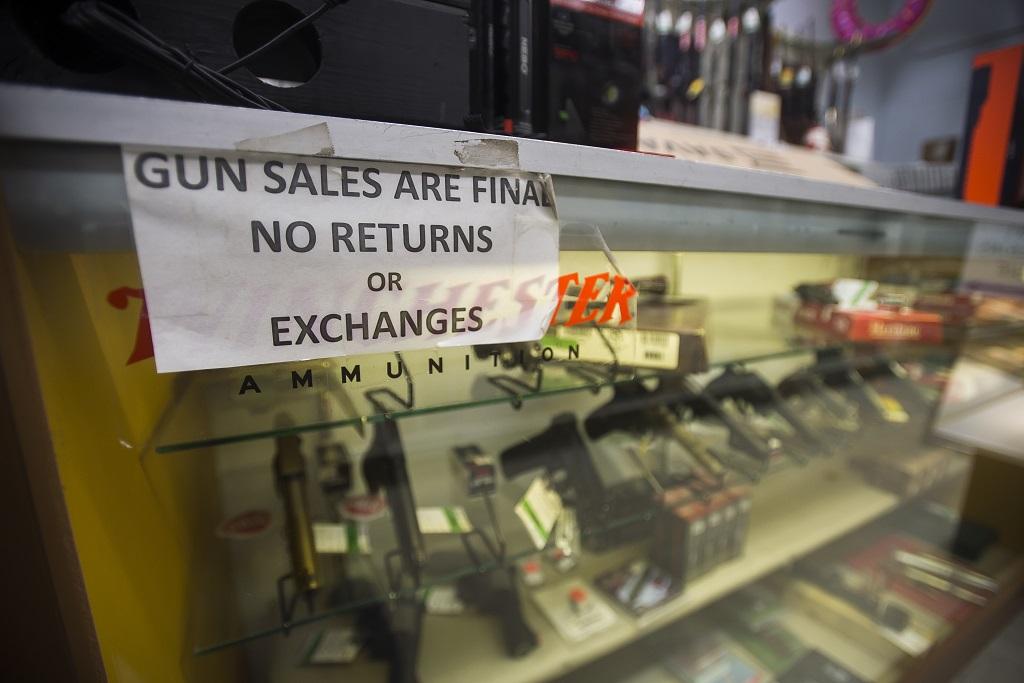 After a yearslong fight and even more decades of gun violence, major financial institutions now have a way to track and flag suspicious purchases of firearms or ammunition. A new merchant code for firearm and ammunition retailers has been introduced by the International Organization for Standardization (ISO).

Merchant category codes (MCCs) are a tool that companies use to categorize and sort purchases, such as at restaurants, bars, or grocery stores. For gun safety activists, creating a firearm-specific code is a win that they say will aid in preventing violence and firearm trafficking.

Gun manufacturers and their allies have decried the change, just as they worked against it for years. Still, the move will end a de facto exemption for firearms. It is a commonsense safety measure that will open up important avenues for prevention, even if it may not itself result in massive change.

“Everyone in the country has a role to play in preventing gun violence and ending this public-health epidemic, including financial institutions,” said Josh Scharff, Brady United’s senior counsel and director of programs.

Firearms are responsible for a massive amount of death in America. The public is acutely aware of the prevalence of mass shootings, with decades of locations becoming grim reminders that most Americans can recite from memory: Columbine, Sandy Hook, Pulse nightclub, Parkland, El Paso, Uvalde. Gun safety activists will also point out the daily death and despair that results from guns, statistics that often fly under the radar in the face of mass shootings.

According to Everytown Research, more than 100 Americans die from a firearm daily, and “more than 200 are shot and wounded.” America is unique in these statistics among the rest of the world. Everytown also reported that the homicide rate from guns is 26 times higher than in other high-income countries.

Until Amalgamated Bank partnered with gun safety groups Guns Down America and the Giffords Law Center, and began submitting petitions to the ISO, financial institutions were largely mum about the need for a specific code. As Seeking Alpha reported, banks and credit card companies were content to let firearm sales be categorized under “sporting goods” or “general merchandise.”

But Amalgamated corralled firearm safety activists and Democratic players, such as Gov. Kathy Hochul (D-NY) and Sen. Elizabeth Warren (D-MA), into supporting the measure. As CNN reported, Amalgamated had applied to the ISO for the code for the first time last summer. The acceptance of the code this time around will now allow Visa, Mastercard, and other financial institutions to sort purchases and flag suspicious activity.

“Merchant category codes can and are used by financial institutions to identify and report to law enforcement when individuals may be planning for or engaged in acts of terrorism, human trafficking, and fraud,” Scharff said. So if an unusual amount of guns or ammunition are sold, there could be some record of it.

Groups such as the National Rifle Association (NRA) have come out in opposition to the measure. The NRA is known for lobbying against every gun safety measure (such as a national system of gun registration) and supporting measures that make preventing violence harder, like gun law loopholes.

The move will end a de facto exemption for firearms.

In response to the new MCC, the NRA decried what they called an attempt to create a gun registry, an act currently prohibited in federal law. “The new MCC could provide a way for the government to outsource the creation of a registry that the government itself is prohibited from creating,” an NRA-ILA press release said. “If banks and payment processors share their records with the government, that would be a major step towards the registration of all gun owners in America.”

While the NRA is vehemently against this provision, to many Americans who support commonsense gun safety measures, this might not sound like such a bad deal. As Vox reported, a majority of Americans, across all political affiliations, support gun control. More than 50 percent of Americans support stricter firearm laws, according to a Gallup poll from 2021. And as Scharff pointed out, thousands are impacted by gun violence, even if they are not direct victims.

As the NRA noted, ISO codes are not mandatory for payment processors to adopt. And there are big questions about exactly how the code will be implemented, and how long it will take to see change.

But advocates count this as a win regardless. “If implemented properly by financial institutions, this tool will stop certain incidents of gun violence before they happen. It will have an impact. Lives will be saved because of it,” Scharff said.