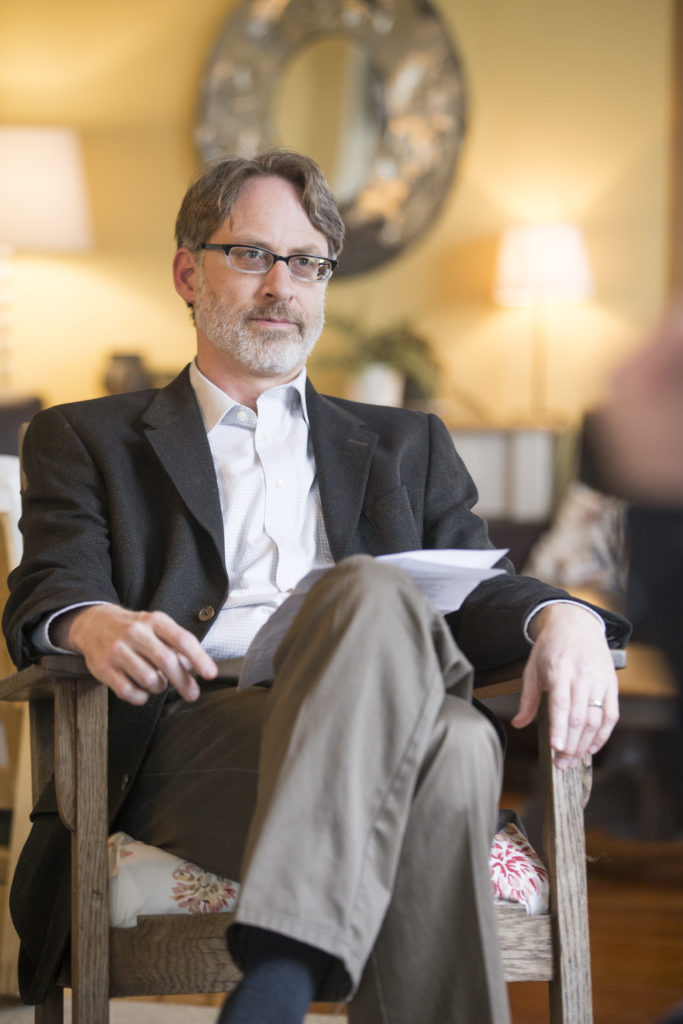 In the Sept. 1 issue of the Collegian my colleague and friend Charles Steele attempts to explain the sources of division within the local Republican Party of Hillsdale County. While I fully agree with Prof. Steele that the details of the current conflict are “rather convoluted” and that now is “a particularly bad time for infighting,” I disagree with him on the nature of the conflict.

According to Steele the current divide is “akin to a local split between Trump-ish Republicans and Cheney-ish Republicans.” The former, he writes, are “local Constitutional Republicans who are primarily focused on fighting government overreach and progressive/left assaults on liberty,” whereas the latter “tends to be the older GOP establishment ‘chamber of commerce’ wing.’”

Speaking as someone who voted for Trump twice but who also objects to the renegade actions of the local party leadership, I think calling that leadership “Trumpish” may be an insult to Trump, and it ignores the fact that many of the people the party leaders wish to exclude from the party were firm Trump supporters. For the same reason, it is also wrong and misleading to describe the opponents of the local party leadership “Cheney-ish.” A more accurate term for them would be “DeSantish Republicans.”

The difference between these groups is not whether to wage war against progressive despotism, but how best to do this. Whereas the local party leadership prefers to spend precious resources nursing personal grievances, attacking allies with inflammatory rhetoric, and purging the party of the impure, the DeSantish Republicans care most about focusing on the issues and getting results.

A case in point is the recent election in the 58th district of Michigan. The incumbent in that race was Andrew Fink. Both Andrew and his wife Lauren were students of mine at Hillsdale College. Andrew, a homeschooled kid who grew up nearby in Ysiplanti, was and is an outspoken advocate for every issue so-called Constitutional conservatives care about: Prolife, gun rights, election integrity, immigration reform, religious liberty, strong law enforcement, marriage, parent’s rights. Andrew served in the Marine Corps, attended the University of Michigan law school, and received the endorsements from the National Rifle Association, the Police Officers Association of Michigan, the Fraternal Order of Police, and Michigan Right to Life. In short, it’s hard to ask for a better candidate than Rep. Fink.

So what did the local party leadership do? Rather than using their resources to strengthen prospects for victory in November, they recruited and endorsed a primary challenger to Fink, which consumed energy and money that should have gone elsewhere, like the gubernatorial race where Gretchen Whitmer currently holds a 27-1 funding advantage over Tudor Dixon. It is worth pointing out that both Dixon and Rep. Tim Walberg, another target of the local party leadership, were both endorsed by Trump and Fink. Is the local leadership unaware that as long

as Whitmer is in office, every conservative Republican initiative is dead in the water?

Fortunately in the last election conservative voters in Hillsdale County overwhelmingly repudiated the local party leadership’s preferred precinct delegates, voting instead for precinct leaders who want results. This last lawless effort by the party leadership to disenfranchise Hillsdale’s conservative voters will not succeed. But their self-proclaimed “Hillsdale Republican Party vs. Everybody” strategy, despite playing well on Twitter and Facebook, is only helping hand Michigan over to four more years of Progressive despotism